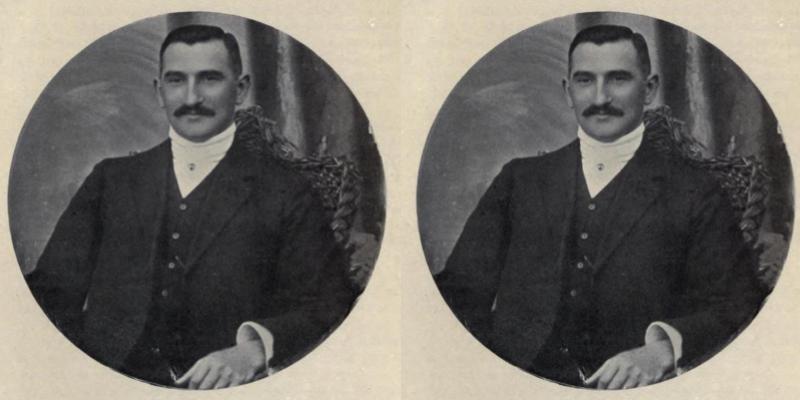 How Conan Doyle Helped Exonerate an Immigrant Everyman, And Why His Story Matters Now, More than Ever

I may well have shrieked, and I know I nearly dropped the book, though in a crowded New York subway car neither act would have drawn much notice.

The time was the mid-’80s. The place was the downtown A train in Manhattan, on which I, with so many others, was making my morning commute. The trip was one I’d made hundreds of times. But what I read on my ride that day would haunt me for the next 30 years. I could scarcely have suspected then that the result would be the writing of a narrative nonfiction book that chronicles a remarkable episode in the life of the world’s foremost detective writer, describes the dark picaresque odyssey of a turn-of-the-20th-century Jewish immigrant and, most surprisingly, serves as an unsettlingly accurate mirror of our own turbulent time.

The book I had brought with me was The Life of Sir Arthur Conan Doyle, the Edgar Award-winning biography by the American detective writer John Dickson Carr, first published in 1949. Toward the end of the volume, almost as an aside, Carr writes of his subject, “In 1912 … he set out to solve a murder mystery and … set free an innocent man.” A scant dozen pages on the Oscar Slater case followed.

Arthur Conan Doyle, creator of the world’s most celebrated fictional detective, had turned detective himself in an actual murder case—in the process liberating a man who had spent nearly twenty years in prison for a crime he didn’t commit. Why in the world wasn’t this story better known?

I was astounded. Arthur Conan Doyle, creator of the world’s most celebrated fictional detective, had turned detective himself in an actual murder case—in the process liberating a man who had spent nearly twenty years in prison for a crime he didn’t commit. Why in the world wasn’t this story better known? And why did Carr devote so little space to it in his adulatory biography? Surely so remarkable an episode in the life of Sherlock Holmes’s creator (entailing, as I would learn, stolen diamonds, an international manhunt, a secretive maidservant and a scandalous miscarriage of justice in which a man known to be innocent was nearly hanged) should merit a full, vivid treatment—ideally in a book all its own.

The story, as sketched by Carr, was this: Just before Christmas 1908, a wealthy 82-year-old woman, Marion Gilchrist, was violently murdered in her Glasgow home. Though Miss Gilchrist kept the equivalent of nearly half a million dollars’ worth of jewelry hidden in her flat, nothing had been taken, her maid testified, except for a single piece: a brooch in the shape of a crescent moon, set along its length with diamonds.

The Glasgow police quickly discovered a suspect: 36-year-old Oscar Slater, an immigrant German Jewish gambler who was reported to have left a diamond crescent brooch at a local pawnshop. They also discovered that he was innocent: Miss Gilchrist’s brooch had a single row of diamonds; Slater’s, pawned a month before her death, had three. But under pressure to close the case—and delighted to rid Glasgow of a Jewish foreigner whose livelihood offended Edwardian bourgeois sensibilities—they pursued him all the same.

Glasgow authorities followed Slater by ship to New York, where he had sailed on a long-planned trip—a voyage, they argued, that was a clear indication of flight. Extradited to Scotland, he was convicted in a trial that depended crucially on witness tampering, suborned perjury and the suppression of exculpatory evidence. In short, as Conan Doyle would write, the case against Slater was a “disgraceful frame-up, in which stupidity and dishonesty played an equal part.” Sentenced to death (Scotland had no criminal appeals court then), Slater was reprieved from the gallows just 48 hours before he was set to hang: In a telling detail that gives me chills to contemplate, he had already made arrangements for his own burial. In the spring of 1909, he was consigned to life at hard labor in a Dickensian prison in a barren corner of northeast Scotland. There he would remain, hewing granite, for the next eighteen and a half years.

Conan Doyle, by then as celebrated a champion of society’s outcasts as he was a detective writer, had been trying to right Slater’s wrongful conviction for years, first joining the case publicly in 1912.

In 1925, Slater managed to smuggle a desperate message out of prison, tightly furled and concealed under the dentures of a newly paroled fellow convict. It urged that convict, William Gordon, to see Conan Doyle, and Gordon did. Conan Doyle, by then as celebrated a champion of society’s outcasts as he was a detective writer, had been trying to right Slater’s wrongful conviction for years, first joining the case publicly in 1912. But despite his wide influence and indefatigable energy, he found, he wrote, that “I was up against a ring of political lawyers who could not give away the police without also giving away themselves.” Slater’s urgent message persuaded him to take up the case one last time. In late 1927, Conan Doyle’s work helped win Slater’s freedom at last; the murder conviction was officially quashed the next year.

This remarkable case was Conan Doyle’s last stand as a true-crime investigator, yet as I would discover to my further astonishment, in the years since his death in 1930, it had been the subject of only a few books in Britain—and none in North America. From the day I first read about it on the A train, and for years afterward, the story pulled at me. But I was scarcely in a position to do anything about it then: I was young and unknown, working at entry-level jobs in book publishing. I could lay no claim to being a professional writer: I had no books to my name, and my career at the New York Times was a decade in the future. I hadn’t even been to journalism school yet. So I filed the Slater story away in a dusty corner of my brain, and there it stayed for more than a quarter-century.

About six years ago, when I had finished my previous nonfiction book, The Riddle of Labyrinth, and was casting about for what to write next, I aired out that dusty corner. It was fitting that I had retained the story in just such a place, for as Sherlock Holmes himself, in his very first adventure, A Study in Scarlet, tells Watson:

“I consider that a man’s brain originally is like a little empty attic, and you have to stock it with such furniture as you choose. A fool takes in all the lumber of every sort that he comes across, so that the knowledge which might be useful to him gets crowded out, or at best is jumbled up with a lot of other things, so that he has a difficulty in laying his hands upon it. Now the skillful workman is very careful indeed as to what he takes into his brain-attic. He will have nothing but the tools which may help him in doing his work, but of these he has a large assortment, and all in the most perfect order.”

I may indeed be a fool in other areas of my life, but when it came to retaining the right story to tell in book form, I had done well to hang onto Oscar Slater. In the autumn of 2014, I made a long research trip to Scotland, scouring archives in Glasgow, where the murder took place, and Edinburgh, where Slater’s trial was held, and, I fear, taxing their kindly reprographics departments to the limit. The following spring, a tower of bulging Jiffy bags containing thousands of pages of documents—trial transcripts, police reports, witness statements, formerly classified government memorandums and Conan Doyle’s copious private correspondence about the case—arrived at my home in New York. It took me the next year and a half to go through it all.

What resulted was a book that not only tells the story of the railroading of Oscar Slater but also illuminates the era’s dubious approach to crime detection, the impeccable Holmesian logic that Conan Doyle employed to set Slater free and the enduring, systematic prejudices of the age that had led the police to pursue Slater in the first place.

Doubly marginalized—first by being framed for murder, then by being largely written out of his own history—Oscar Slater has, I hope, emerged as a flesh-and-blood human being at last.

Above all, the book brings to life the man at the heart of the case, Oscar Slater—in many respects an immigrant Everyman—who in the few previous accounts had been a cipher at the center of his own story. But as the archives revealed, Slater’s prison correspondence had been rigorously monitored, and every letter he sent and received in his years in prison is now on file in the National Records of Scotland in Edinburgh. Raw, painful and deeply moving, the letters furnish a trove of information about the man, from those by his steadfast, adoring family in Germany (“Don’t lose courage, innocent of my heart. The sun will yet bring all to the light of day. The warmest kisses from your Mother who loves you with her last breath”) to those by Slater himself (“You have no conception, dearest parents, without wishing to complain to you, how unhappy I often feel, and often wish I was out of this world if it were not for the thought of still possessing you in the outer world.”) Doubly marginalized—first by being framed for murder, then by being largely written out of his own history—Oscar Slater has, I hope, emerged as a flesh-and-blood human being at last.

In the end, after living with the case for so many years, I can answer the question that seized hold of me that day on the train: Why isn’t Oscar Slater’s story better known? The answer, I think, has its roots among Conan Doyle’s mid-20th-century biographers, John Dickson Carr not least among them. I suspect that those writers, in considering the Slater case, dismissed it as a thing of the past—a dusty Edwardian artifact that had little relevance to the modern age. And yet the story of the Oscar Slater affair is incontrovertibly a narrative of class bias, anti-Semitism, xenophobia and ardent nationalism, and of the ways in which those prejudices were brought to bear on the life of a threadbare immigrant whose great misfortune was to be, in the words of the historian Peter Gay, “the convenient Other.”

Not relevant to our time? Look around. Think again…

A former senior writer at The New York Times, Margalit Fox is considered one of the foremost explanatory writers and literary stylists in American journalism. As a member of the newspaper’s celebrated obituary news department, she has written front-page send-offs of some of the leading cultural figures of our age. (Conan Doyle for the Defense is in many ways a fond belated obituary for the long-overlooked Oscar Slater, an immigrant everyman treated inexcusably by history.) Fox’s previous book, The Riddle of the Labyrinth, won the William Saroyan International Prize for Writing. She lives in Manhattan with her husband, the writer and critic George Robinson. 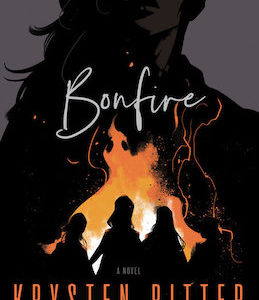 Senior year, Misha and Kaycee started getting sick. Their hands shook—that was one of the first symptoms. Cora Allen and Annie...
© LitHub
Back to top