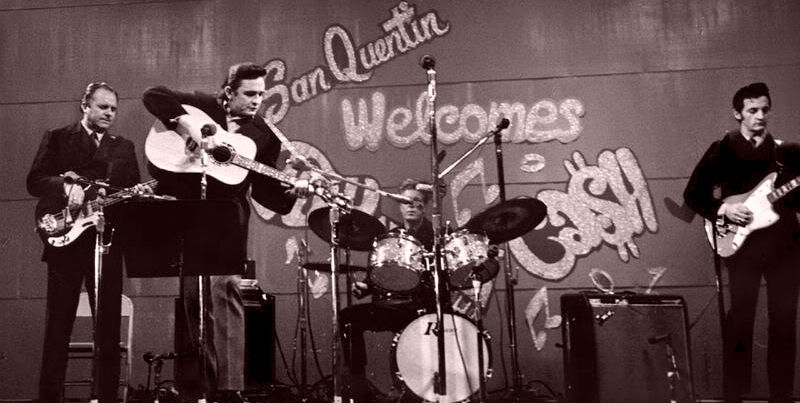 12 Country Classics That Capture the Spirit of Noir

My London-based detective, Tom Thorne, is a fan of country music because I am. Simple as that. With so many other things to research, the last thing I wanted to do was waste valuable time checking that I’d got my facts right about this piece of light opera or that slice of atonal Scandinavian jazz, besides which many other mystery writers had already staked claims to those areas of musical territory. So, early on I made the decision that, when it came to the music Thorne would be listening to, he would like what I liked. Why make life hard for yourself, right? While Thorne’s taste in music gave me the welcome opportunity to inject some humour into the stories, through the light-hearted mockery of colleagues he is forced to endure, I quickly realized that as a soundtrack to my chosen literary genre, I could not have picked a more compatible musical one. At its best, country music (real country music, as opposed to brash and ersatz outlaws-in-rhinestones bullshit) seems to me to do what the very best mystery fiction can, and arguably should do. It can tell dark, dark stories, and wrap them up in an entertaining package, turning an often twisted narrative into an earworm. It can reveal unpleasant truths while it keeps your foot tapping. Country can shine a light into the blackest parts of our lives and it can make you care, and those that tell the best stories, those with special voices, sound as though they’ve lived through the blackness themselves.

Annoyingly, country music has become rather trendy over the last few years, certainly more so than when I began writing the books. Back then Thorne (as I did) would get strange reactions when he told people the sort of music he listened to, would try patiently to explain that real country wasn’t about cowboys, dead dogs and drinking…well not all of it anyway. Now, in addition to all the golden oldies, there is ‘new’ country, alt-country, Americana, whatever you want to call it; a musical movement taking in artists as diverse as Giant Sand, Calexico, Son Volt, Lucinda Williams, Lambchop, Steve Earle, Jim White, Neko Case and many more. In recent years a welcome strain of younger artists such as Margo Price, Sturgill Simpson and Tyler Childers have come through, channeling the greats while, at the same time, bringing their own unique blends of kick-ass songwriting and authentic voices. Though Thorne still prefers the likes of Johnny Cash, Hank Williams, George Jones and Willie Nelson, his tastes have broadened a little down the years and he is listening to newer stuff too. As am I…

Not much needs to be said about The Man In Black. Whether he is singing about God or murder, that dark baritone, which Thorne once described as being like the “long slow tumble towards Hell” and that distinctive boom-chicka-boom beat, make you feel as though he knows just what he’s talking about.

So many great songs, and dead at 29. He also recorded a series of songs as Luke The Drifter; bleak, sombre and desperately uncommercial. This alter-ego was the good man, the preacher; everything the hard-drinking and womanising Williams believed that he was not. I’ve sat on any number of tedious panels at crime-writing conventions where one mystery writer after another has done their best to define “noir.” For me, the title of this song pretty much sums it up.

The myth of Van Zandt as a doomed romantic figure has often threatened to overshadow his gifts as wonderfully skilled and poetic troubadour. Troubled by addiction and mental health issues for most of his life, he died forty-four years to the day after Hank Williams, with whom, sadly, he had much in common. Of the many raw and truthful songs he left behind, this tragic yet gorgeous tale of Mexican bandits is probably the best known. Covered by the likes of Emmylou Harris, Willie Nelson and Steve Earle, the original remains the best and most enduring version.

He Stopped Loving Her Today by George Jones

Written by Bobby Braddock and Curly Putman, Jones was convinced that this song—which re-launched his career in 1980—was “too damn sad” to be a hit. He was wrong of course, and it has routinely been described as the greatest country song of all time. Producer Billy Sherill uses every trick in the book, but despite (or perhaps because of) the syrupy strings, angelic backing vocals and cheesy voiceover, it makes me cry pretty much every time I hear it and you can’t argue with that. Like many of my favorite songs, it’s also a great story, with a twist in the tail that any crime-writer would be proud of.

Boulder To Birmingham by Emmylou Harris

Although Emmylou Harris did not begin extensively recording her own songs until much later, this stunningly beautiful song from 1975 shows what a supremely gifted songwriter she always was. Written as her way of coping with the tragically early death of her muse Gram Parsons, this is one that’s up there on the “songs to be played at my funeral” list. Unless of course I’m crushed by a falling boulder while in Birmingham, in which case it might not be appropriate.

The man who is often credited with creating country rock and/or alt-country, Parsons took both the Byrds and the Rolling Stones in new directions while pursuing his own vision of “cosmic American music.” This track from the Byrds album Sweetheart Of The Rodeo is the first in a long line of wonderful ballads. A melancholic melody and largely autobiographical lyric combine in what is arguably Parsons’s signature song and mark him out as an artist far more important than the one described by an embittered Roger McGuinn as “George Jones in a sequin suit.”

A country standard, this was a massive hit for Cline in 1961 and didn’t do Willie Nelson, who wrote it, a lot of harm either. Composed while still a struggling singer-songwriter, Nelson pitched the song to Patsy Cline’s husband at Nashville’s famous Tootsie’s Orchid Lounge. The first time Cline performed the song at the Grand Ol’ Opry (on crutches after a car accident) she received three standing ovations.

Hands Of Time by Margo Price

From her breakout debut album Midwest Farmer’s Daughter, Price—like the very best country artists—digs deep into the often harrowing past of herself and her family. Voted Best Country Song of 2016 by Rolling Stone, the lyric is a dark and gritty memoir, taking in the loss of her family’s farm, her struggles with an often venal industry as a young artist in Nashville and the trauma of losing a child. While never failing to acknowledge her debt to the giants of the genre, Price is a true original.

Here is another black tale hidden within an irresistible melody. Gentry’s gothic narrative remains mysterious, as nobody is quite sure why Billie Joe jumped from the Tallahatchie Bridge, or what it was that he was seen throwing off it into the river. The song draws you into its tangled, dusty web while the tragedy unfolds around a humble dinner table. Secrets and lies. Death and black-eyed peas. And one of the very few songs to have inspired a movie.

The Bottle Let Me Down by Merle Haggard

As an inmate at San Quentin, Haggard’s career as singer and songwriter was fired by seeing Johnny Cash perform his legendary prison concert there in 1959. Fifteen years later, Haggard had helped create the famous Bakersfield Sound and written one of the greatest songs ever to combine those country standards: booze and heartbreak. I discovered Haggard—together with many other country music greats—when Elvis Costello covered this track on his seminal 1981 album, Almost Blue.

Another song by the Hillbilly Shakespeare for which I make no apologies, as his influence on country music is incalculable. This hit from 1951 was the song that turned Williams into a megastar; plaintive, achingly simple and charged with emotion. This is not surprising when, according to his biographer Colin Escott, the song was written after Williams discovered that his wife Audrey had aborted a baby without his knowledge.

I adore country duets and could easily have picked favorite songs by Porter Wagoner and Dolly Parton (Just Someone I Used To Know) or George Jones and Tammy Wynette (Golden Ring). Instead, I’ve gone for this Wheeler/Leiber classic which Johnny and June first recorded in 1967. Its wit and warmth perfectly encapsulate their own love story; a marriage which lasted thirty-five years and is poignantly revisited in the heartbreaking video for Cash’s 2003 song, Hurt, filmed just three months before June’s death.

Mark Billingham is the author of The Killing Habit. Billingham has twice won the Theakston’s Old Peculier Crime Novel of the Year Award and also won the Sherlock Award for Best Detective Created by a British Author. His books, which include the critically acclaimed Tom Thorne series, have been translated into twenty-five languages and have sold over four million copies. He lives in London. 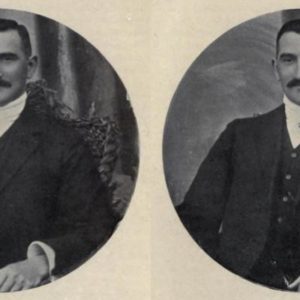 I may well have shrieked, and I know I nearly dropped the book, though in a crowded New York subway car neither act would...
© LitHub
Back to top