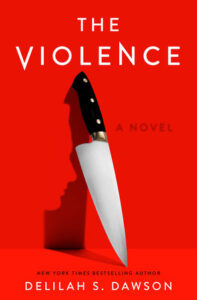 The Violence continues a trend in dystopian thrillers concerned with gendered violence, including Vox and The Power. In The Violence, a new pandemic arrives—this one with the power to infect its hosts into committing unstoppable acts of savagery against all those nearby. It isn’t long, however, before some begin to see their infection as their savior, for finally those with the Violence can fight back against those who are bigger and stronger than they are. Throw in a bat-shit professional wrestling plot arc, and this one is not to be missed. –Molly Odintz, CrimeReads Senior Editor 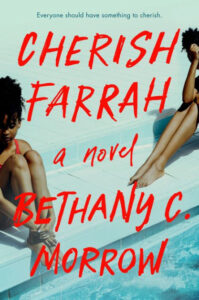 Cherish Farrah is a stunning one-two punch of social horror and psychological thriller. When Farrah’s family loses their home, they face a stark choice for their daughter: either bring her with them to a new job in a new state, or leave her to stay with her best friend Cherish in their wealthy country club community. Compared to Farrah’s hard-edged parents, Cherish has the kindest, most loving parents imaginable, but do they really love Farrah the way they love their own daughter? Or is Farrah just playing a bit part in the Story of Cherish? –MO 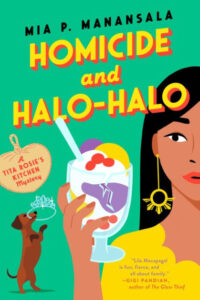 Mia P. Manansala burst onto the cozy scene with last year’s hilarious debut, Arsenic and Adobo, introducing plucky heroine Lila Macapagal and her wacky family, and now Lila is back again for even more shenanigans (and romantic entanglements). As the long hot summer begins, Lila is struggling with decisions: which suitor shall she choose, and when will she finally open her new cafe? Adding to her misery is a resurrected beauty pageant that will bring nothing but trouble to the small community of Shady Palms. Great for those who like their cozies full of delectable cuisine and good-hearted fun. –MO 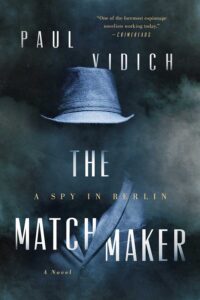 Any new spy novel from modern master Paul Vidich is cause for celebration, and that’s particularly true this year, as he seizes on a fascinating chapter of the Cold War, zeroing in on “Romeo” agents in Berlin–Stasi operatives sent to court vulnerable women who could give them reliable cover for activities in the west. Vidich follows the upending of one woman’s life as she learns of her disappeared husband’s secret life and motivations, launching into a mission to expose the network. Vidich develops complex characters like no other spy novelist at work today. –Dwyer Murphy, CrimeReads Editor-in-Chief 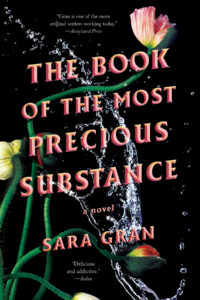 Sara Gran, The Book of the Most Precious Substance
(Dreamland Books)

You can read more about it here, but Sara Gran has launched her own publishing company dedicated to bringing authors the sense of collaboration and agency that Hollywood writers take for granted. Her first book to publish with the new imprint is, to put it bluntly, very sexy: a rare books dealer and an old friend turned potential new lover team up to track down a valuable occult sex manual from the 17th century (yes, those precious substances). So good! And so sexy…Read this one at home, folks! –MO 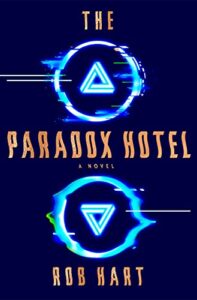 Rob Hart blew my mind with his last book, The Warehouse (a perfect novel for understanding the behemoth that is Amazon), and his new book looks to be just as creatively realized. In the titular Paradox Hotel, time travelers check in to rest before their next flights to the past or present, dressed in lavish costumes from across history. When one of the hotel’s wealthy clients is found murdered, and only the hotel’s security manager can see the corpse, things start to get really weird. And with a blizzard surrounding the hotel and the timestream acting up, everyone’s trapped with a murderer on the loose. I cannot wait to read this shit. –MO 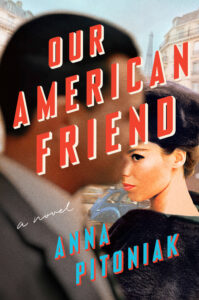 An exhilarating ride through recent Cold War highlights, framed cleverly with the story of a disenchanted journalist hired to ghost write the First Lady’s memoir; in this case, the First Lady comes from the Soviet orbit, is a former model, and has shadowy ties to the KGB. So why is she revealing her secrets now? That’s the question that will keep you reading. –DM 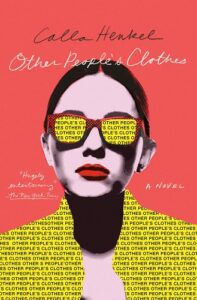 Reading this book is like going to a Berlin nightclub and staying out dancing till 4 AM only to keep partying afterward. Except in the unending party of Other People’s Clothes, one of the party hosts ends up dead. Calla Henkel is based in Berlin and runs a “bar, performance space, and film studio called TV in Berlin” which should make anyone reading this book feel very cool by proxy. In Other People’s Clothes, two exchange students obsessed with the Amanda Knox trial start a weekly shindig in their luxe apartment, only to have things go terribly, irrevocably south. –MO 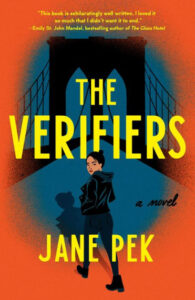 This is that rare combination of technothriller and traditional mystery. What would you pay to know that the guy on that dating app was bonafide? Claudia, who’s been recruited to verify identities at a “referrals-only dating agency”, now knows—and that answer is, a lot. But what happens when the clients aren’t the only ones lying? When Claudia’s client vanishes, she goes down an ugly rabbithole into the nature of truth, and the truth of corporate malfeasance. –MO 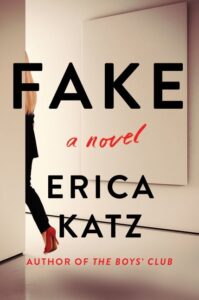 Katz’s latest is an exemplary art thriller, focused on the exploits of one Emma Caan, lowly producer of legal replicas, plucked out of obscurity by a Russian oligarch who wants her to work for him, navigating through elite international circles, bidding on masterpieces, and also, obviously, producing some forgeries. It’s a dizzying ride and Katz keeps the twists coming with some fine character work and a sharp eye for the absurdities and delights of the arts-minded jet set. –DM

V.C. Andrews and the Battle Against School Censorship 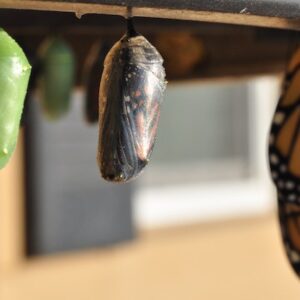 I was going to title this essay ‘Dragons, Butterflies, and Professional Wrestlers’, but then I realized that you’re...
© LitHub
Back to top