We can count them on one hand, the television series and movie adaptations from novels that feel true to their source material. Screenwriters cannot be slavishly dedicated to the book(s). I’m a realist about that. Authors have to be because we understand that books and TV/movies are, by their nature, different creatures, and that even a limited TV series of ten or twelve installments, could never fully capture all the detail, subplots, auxiliary characters, and tangents contained in a series novel. For this reason alone, I find Bosch, the Amazon adaptation of Michael Connelly’s novels about LAPD Detective Harry (Hieronymus) Bosch, a startling accomplishment.

I have never been shy about my admiration for Michael Connelly, the person, or for his deceptively artful prose. Michael was a newspaper journalist, but unlike many crime fiction authors who come to the genre from journalism, Michael’s writing, often clipped and precise, never feels like reportage to me. There is an underlying rhythm and a momentum, a stark poetry, to his work. This is one of the reasons I was skeptical as I sat down to watch the inaugural season of Bosch. How, I wondered, would that poetry translate to the visual?

For the past six years I have written the Jesse Stone novels for the estate of the late Robert B. Parker and, as you might be aware, several Jesse Stone TV movies starring Tom Selleck have been produced. From the first moment I took the job, I noticed that differences existed between the novels and the movies. Characters who appear in the movies don’t appear in my novels and vice versa. There are other differences, large and small, having to do with everything from race to setting to pets. Just to be clear, I have zero involvement with the movies and therefore have no say in the choices made in terms of the screenplays. I have no issue with those choices. I recognize that what works in a novel or a series of novels, may not play to a broader, more diverse television audience.

This is also a reason I so admire Bosch, because while some of the same sorts of choices have been made, the spirit of the books shines through. For instance, the timeline as delineated in the novels, including Harry’s two tours in Vietnam, simply wouldn’t work in the Amazon series. That’s all been adjusted and seamlessly so. Some of the characters’ roles have been tinkered with as well. Throughout the course of the novels, Harry has had several partners, but for consistency, the series features Jerry “J” (Jed) Edgar as Harry’s partner.

Michael Connelly also always gets the police stuff right. In fact, I’d be lying if I didn’t say I have learned a lot about the workings of the LAPD from Michael’s books. Material that has come in quite handy when writing about Jesse Stone’s (a former LAPD Robbery Homicide detective) policing philosophy and history in Los Angeles. As far as I can tell, the screenwriters adhere to Michael’s insistence on getting it right. Then again, the series gets most of it right.

LA as a setting is the same LA as in the books: sunshine, blue skies, palm trees, beaches, purple, pink and orange-streaked sunsets. LA as the stuff of picture postcards. But it’s the other LA, too—seamy, dark, and profane. The LA of gang warfare, drugs, drive-bys, and poverty. It’s partially the LA of Chandler and Ellroy and of Michael Mann’s Heat. (As some of you may know I’ve been working with Mann on the prequel novel to his magnum opus movie. Now here’s a strange and wonderful confluence. Harry Bosch’s house, the one that offers those amazing hillside vistas of LA as a sea of lights in the dark, was also Eady’s house in Heat!)

They’ve gotten the writing, the setting, the spirit right, but none of it would matter if the casting was wrong. And for me, anyway, this is absolutely crucial. I can’t think of any of the characters that I think should be recast for the better. But, in the end, it comes down to who plays the lead. All of us who have read series novels create our own images of the protagonist. I have my own image of Kerr’s Bernie Gunther, of Paretsky’s VI Warshawski, of Winslow’s Keller. Readers have written to me about how they envision my series protagonists, Moe, Gus, Dylan, and Gulliver. That’s one of the magical elements of writing, giving the reader enough information to make the movie in their heads, each movie as unique as the reader who creates it. I have it on good authority that when Robert B. Parker first saw Tom Selleck as Jesse Stone he teared up. He teared up because Selleck matched who he envisioned as Jesse Stone. And while I didn’t tear up, Titus Welliver has become Bosch in my head. When I read Michael’s books, it’s Welliver’s face and movements I see, his voice I hear.

There are two other factors that have been responsible for my deep appreciation of Bosch. The first being the skill with which the screenwriters have adapted the material from the novels to the small screen. Here again, they have successfully taken the spirit and some of the events as expressed in the novels and repurposed them without feeling obliged to use them in exactly the same ways. This is very evident in the current season of the series. No spoilers here, but let me say they have used plot elements from one of Michael’s recent novels, tweaked it, and added a new element so that it will flow into future seasons.

Most importantly, and maybe self-evidently, Bosch is Bosch. None of the rest of it would matter, not even Welliver’s possessing the character, if Harry didn’t act like Harry. In all the seasons I have binged the show, not once have I watched and said to myself, “Bosch would never do that!” The Bosch from the novels behaves, thinks, and speaks like TV Bosch. In spite of getting the other stuff right, it would all collapse if he didn’t. For me, anyway. Whether or not this is attributable to Michael’s involvement in the show, I can’t say. What I can say is that the best thing about the show is, to restate what I wrote above, Bosch is Bosch.

Reed Farrel Coleman has been called a “hard-boiled poet” by NPR’s Maureen Corrigan and the “noir poet laureate” in The Huffington Post. He has published twenty-five novels, including nine books in the critically acclaimed Moe Prager series, and most recently, Where It Hurts. He is a three-time recipient of the Shamus Award for Best Detective Novel of the Year, a winner of the Barry and Anthony Awards, and is a two-time Edgar Award nominee. Coleman lives with his family on Long Island. His latest novel in the Robert B. Parker Jesse Stone series is The Bitterest Pill.

The State of the Mystery: Part 2 of a Roundtable Discussion 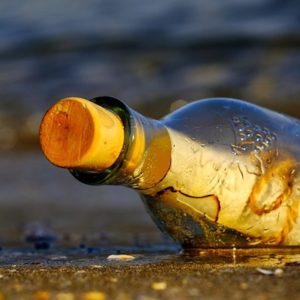 Stories are the most powerful tool we have for making sense of ourselves, one another, and the world. Our instinct to use narrative...
© LitHub
Back to top