Glen Erik Hamilton returns to his hometown of Seattle to find nothing is where he left it.

Our moving van rolled into Seattle and brought the heat. A week of record-setting triple-digit temperatures, brutal enough to buckle the sidewalks. Had we packed the Southern California sun along with the blender and spatulas? Seattle wasn’t this hot—in both senses of the word—when we’d left the Northwest sixteen years before. In 2005, Rain City was still more or less the overcast, over-caffeinated burg of my college days.

It was the combined bust-and-boom of the late aughts that first made me want to write about Seattle. The housing market crashed even as local tech companies (including a certain online book vendor) were just hitting their stride, attracting corporate and foreign investors like never before. We’d visit Seattle every few months to see friends and family, only to find that entire blocks had transformed since our last trip. The gap between the haves and have-nots was rapidly widening.

Prime real estate for a thriller, I’d thought ten years ago. Seattle will never be as dramatic a background again.

I was so wrong.

If you’ll pardon a few stats, courtesy of the Seattle Times and Beachworks.org:

Like Manhattan and San Francisco, Seattle is hemmed in by water. Nowhere to go but up. Any real estate within the city not already redeveloped is likely just waiting on the plans to be approved. South Lake Union—where my wife and I once browsed uninsulated warehouses for cheap furniture for our first home—is now a sprawling campus for Amazon, Facebook, Google, and others.

With increased density came gentrification. Rents have doubled. Many poorer residents have been forced out of the city and the homeless population—never small in Seattle—has swelled dramatically. King County has become slightly more racially diverse than the general U.S. while Seattle itself has dipped to slightly less.

This wave of corporations overwhelming the city inspired my latest novel, Island of Thieves. My series character Van Shaw, a semi-reformed professional thief, is hired to protect the art collection of an international business magnate who’s made a private island in the San Juans into his crown jewel of opulence. The estate is both vacation home and showpiece to impress visiting CEOs and dignitaries. Camp David Northwest. Its first guests are flying in to negotiate a deal worth tens of billions. And at least one corporate raider is willing to get their hands bloody in the bargaining process.

Local newspaper columnist Emmett Watson coined the term “Lesser Seattle” back in the late 1950s as a way of satirizing and combating uninhibited growth. Van Shaw attended the fictional Watson High School, my nod to the late curmudgeon.

That suspicious view of “progress” has continued to the present day. I asked other Seattle-centric authors their impressions of the Emerald City. Robert Dugoni, New York Times bestselling author of the Tracy Crosswhite series, noted “When I first came here in 1992 for a friend’s wedding, I marveled at how clean the city was, and how small…Seattle has grown up, literally, and with it came big city problems…The city council has been ill-equipped to deal with these issues and mired in political fighting.”

So with all this crowding and expense, why am I returning to live in Seattle now?

J.A. Jance, NYT bestselling author of the J.P. Beaumont series, offers a hint: “When I moved to Seattle in 1981, I had been through some pretty tough years… Once here, I decided it was time to live my dream of becoming a writer. When I went back to visit my former co-workers, none of them recognized me because they had never seen me smile or heard me laugh. Seattle gave me back both my smile and my laughter as well as my career as a writer.”

I may have been wrong about the urban development peaking a decade ago, but not about Seattle’s prospects for fiction. King County suffered the first major surge of COVID-19 in the United States. Protests over George Floyd led to the temporary and controversial CHOP autonomous zone, which closed the Seattle Police East Precinct for weeks. The city has committed to investing more than $100 million in affordable housing specifically aimed at combating homelessness, but major corporations have repeatedly quashed taxation proposals that would fund further services. If conflict is story, Seattle is a library.

The CH in CHOP stands for Capitol Hill, which happens to be the home turf of my main character. In the first weeks of the pandemic, I was hit with a kind of writer’s block. What would Shaw be doing under quarantine, with his city a veritable ghost town? Not until I’d tackled the question in the short story “Essential Business” could I write something else.

And yet the itch remained. I wanted to be home, as changed and charged and challenging as Seattle might be.

Ingrid Thoft, Shamus Award-winning author of the Finn Ludlow mysteries, recognizes how lush the landscape is: “Seattle is a crime writer’s dream. Unlike some cities which symbolize either the past or the future, Seattle epitomizes both. The city is multiple settings in one place, so readers and writers will never be bored… The characters are plentiful: tech geniuses from abroad, homeless people struggling with addiction, nature buffs who head for the hills, old-timers who remember the city before Amazon. Digging into Seattle is like mining for gold with every promise of finding the mother lode.”

Over the course of writing half a dozen Shaw thrillers, travel to my hometown had become something of a routine—a trip to Seattle in spring for initial location scouting, interviews with city workers and cops and politicians via phone and video while drafting the manuscript, then another trip in autumn to double-check my facts and impressions during rewrites. It was effective but removed. I wasn’t living the dream of embedding myself in my community and taking local experts and firebrands to lunch to pick their brains about the city.

Jennifer Hillier, LA Times Book Prize Finalist for her novel Little Secrets, zeroes in on the specificity needed to capture a city. Like me, Hillier had moved away and was inspired to write about “how much I miss watching the Seahawks play, the way Pioneer Square always seemed to smell like weed, how pretty (and cheap) the flowers were in Pike Place, the very passive drivers who’d glare at you if dared to “zipper merge” onto I-5, and how there’s a Starbucks on every corner but everyone claims to not drink Starbucks. Oh, and how carrying an umbrella makes you look like a tourist.”

So now my family and I and approximately 50,000 yet-to-be-unpacked moving boxes are in our new apartment in the Central District. Fully aware that we’re adding to the gentrification of the neighborhood just by being here. In the blocks around us are the Douglass-Truth branch of the public library, a microbrewery, the First Hill streetcar line, a Seattle College center dedicated to advanced woodworking, and yes, a Starbucks.

And characters and story ideas, everywhere I turn. It’s good to be back. 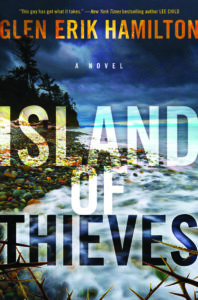 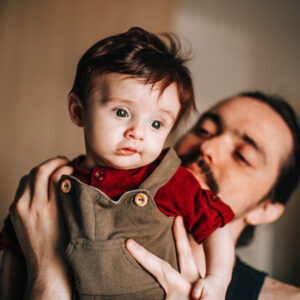 This started as a normal piece for CrimeReads. You know the one: the author, dutifully shilling their newly released title,...
© LitHub
Back to top