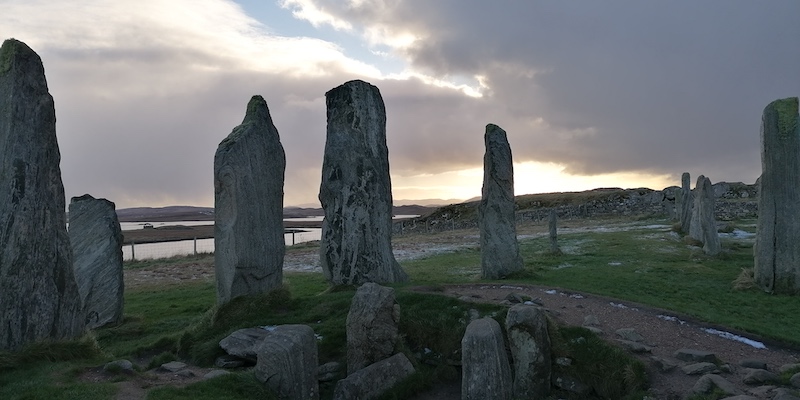 "Places can change your life every bit as much as people, and the Isle of Lewis and Harris will always be the one that changed mine."

When I look back at who I was just a few years ago and who I am today, it always gives me a jolt. A lot changes throughout our lives, but more often those changes happen slowly and in parts. We move house or change jobs; we meet people, we lose people. At the end of 2016, twenty years of working in Essex as an NHS radiographer in cancer services had left me feeling exhausted, frustrated, and mostly just sad. I wrote when I could, which wasn’t often, and sold short stories while still harbouring my lifelong dream of one day becoming a full-time novelist. And then, shortly after I was given a life-changing medical diagnosis, a very close family member died unexpectedly. I think that no matter what changes happen in our lives, there always comes a moment when each of us realises that we don’t have all the time in the world after all. And that was mine.

My mid-life crisis – or ours, because I roped my husband, Iain, in too – was deciding to sell our house, take an extended break from work, and blow what little savings we had on deciding what to do next. For six months, we lived in Cyprus, and I started writing what would become my first novel, Mirrorland. And then, because we’d rarely been home more than a few weeks a year, we returned to Scotland. We chose the Isle of Lewis and Harris in the Outer Hebrides because we’d visited there before, and I’d fantasised about writing a novel on a deserted Atlantic clifftop every bit as much as on a Greek island. We stayed all over Lewis and Harris during the seven months we lived there, but spent the autumn in the aptly-named Cliff, a small settlement on the Valtos peninsula on the rugged and remote west coast of Lewis.

At first, it was nothing short of idyllic. I finished writing Mirrorland with that view of the Atlantic and a never-ending succession of surfers in camper vans. Every day I felt so lucky to be able to walk for hours along the island’s single-track roads and deserted Caribbean-like beaches; the air warm, the nights light, the silence and peace guaranteed. There’s something about the island that can only be felt rather than described. Everything is different: the light, the air, the terrain, the weather, the people. Most of all, the way of life.

Nothing brought that home to me more than when the tourists left and late autumn set in. In over fifty years, there have only been two murders on Lewis and Harris, but just days before we arrived in Cliff, a man’s body had washed up on Cliff beach; he’d drowned while swimming at Uig. It was an early and unwelcome reminder that no matter how idyllic our surroundings or how safe we felt, there was a different kind of vulnerability in choosing an isolated life.

And the island can be a very eerie place. There are empty houses with abandoned cars in the drives and net curtains in glassless windows. Obsolete inland roads populated only by small-eyed sheilings with rusted corrugated roofs. Stony ruins of blackhouses and long-forgotten villages. Old coffin roads, where those living in the rocky east used to carry their loved ones to the machair graveyards in the west. Standing stones and circles, sharing fields with sheep and Highland cows. In Celtic mythology, the Western Isles are said to be thin places: spiritual landscapes where the walls between this world and other worlds are porous and at their thinnest – and it is almost impossible not to believe it.

In 2017, there was no 4G or mobile signal on the west coast. We relied on Hebnet, a publicly-funded wireless network with a tiny monthly data allowance. Storms were frequent, as were power-cuts. We had to learn to plan ahead in terms of everything, particularly fuel and food. It would take the best part of a day to restock, which became a monthly event and always included a very looked forward to night out in Stornoway.

The very real isolation quickly became more of a challenge than a boon. After the tourists left, Cliff was ours alone. Scots Gaelic is still the first language on the islands, and although the islanders were nothing but welcoming, it also suddenly felt strange to only rarely hear Scots or English.

What saved us from ourselves were those same people. Just as we began to understand the very real hardships and sacrifices required to live a life on the islands, we were welcomed into and became a part of the close-knit communities that make it possible. Instead of expecting the island to accommodate our lives, we finally learned to embrace the island way of living. It’s not an exaggeration to say that I became a completely different person to the one who had lived in Essex for decades. Less than two months after arriving in Cliff, we resigned from our jobs, and when the money completely ran out at the end of the year, we returned to mainland Scotland and moved in with family.

There have been many, many moments since when I’ve wondered what the hell I’ve done, what the hell I’m still doing. A year after we left the Isle of Lewis and Harris, I hadn’t sold Mirrorland. I didn’t have an agent. I couldn’t find another NHS job. Iain scraped together enough money to take us back to the island for a week, and the minute we pulled up outside our rented blackhouse, one of the best agents in the UK emailed to offer me representation. In April last year, Mirrorland was finally published.

Someone once told me that there will never be a good time to do it, so just do it. But I never could. It felt irresponsible and so selfish to uproot our comfortable and certain lives for a childhood dream. It was only when I was living on Lewis and Harris that I realised I had it backwards. It’s not your life that needs to change, it’s you. And the way you live it.

My Scotland isn’t Highland bens and glens and Christmas tree forests. It’s full of empty treeless moors of gold and green and purple. Lochans like mirrors, and wild turquoise sea that foams white and warm against miles of untouched sand. Free-range sheep and Golden Eagles. Palm trees and sunshine; storms and snow rainbows. Silence and howling wind. Peat fires and gold small lights in the long black dark. Stones that remember, that stand sentinel over people who are tough and blunt and warm and kind.

My new novel, The Blackhouse – an unusual murder-mystery – is set on a fictional island off the west coast of Lewis, and it’s a mix of everything the island taught me: the good and the bad; the wonderful and mysterious and frightening. But most of all, it is a tribute to the thin place that showed me how to look outward instead of always inward. Places can change your life every bit as much as people, and the Isle of Lewis and Harris will always be the one that changed mine. 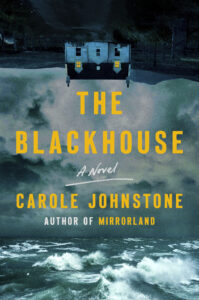 Copyright © 2023 by Carole Johnstone, author of The Blackhouse: A Novel (Scribner, on-sale: January 3, 2023). Originally published in The Scotsman Magazine in April 2021.

Carole Johnstone’s award-winning short fiction has appeared in annual “Best of” anthologies in the US and UK. She lives in Argyll & Bute, Scotland, with her husband. Her debut novel, Mirrorland, will be published by Scribner on April 20, 2021. 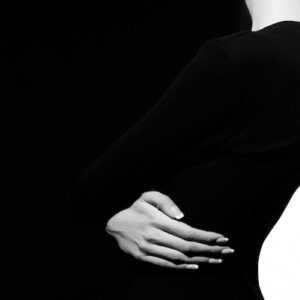 What does fashion have in common with fiction? At first glance, probably not much. You could argue that they’re both means...
© LitHub
Back to top