While director Howard Hawks was still in production of Scarface, which had been closely based on the life and crimes of Al Capone, several of the gangster’s “associates” paid a visit to Hawks and asked to see the film. Hawks famously told them that when the picture came out, Capone could buy a ticket like everyone else. The ensuing conversation appears to be unreported, but Hawks was persuaded to change his mind and showed a rough cut to the film aficionados. They loved it and reported back to Capone. 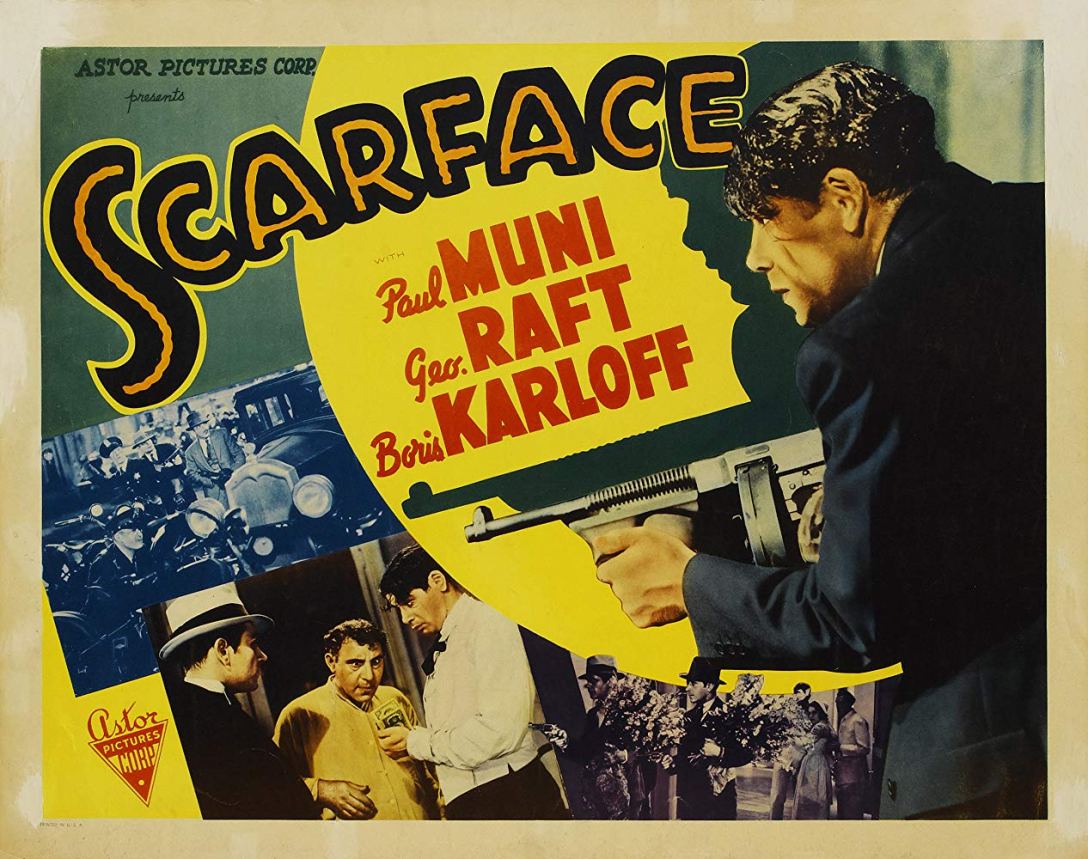 Tony Camonte (the real-life Al Capone) shoots Italian mob boss Big Louie Costillo, initiating mob wars for control of the bootlegging business on Chicago’s South Side. The ambitious Tony next kills the North Side boss as well, and takes control of all Chicago for his boss, Johnny Lovo. To solidify his position, Tony orders the St. Valentine’s Day Massacre to eliminate rival gang leaders. Lovo is frightened of his ruthless right-hand man and sets him up to be killed, but Tony escapes and kills Lovo instead. By killing him, Tony becomes the supreme ruler of Chicago’s underworld.

On a more personal level, Tony sees his sister Cesca dancing with a man in a nightclub and takes her home and beats her in a jealous rage. While Tony hides out in Florida after killing his boss, Cesca falls in love with Guino, Tony’s best friend, and marries him. Tony returns to find them together and, again enraged with jealous passion for his beautiful sister, Tony kills Guino before Cesca can explain they are married. The police come, surround the apartment and start blasting. Cesca and Tony hold them off until she is shot dead and Tony, unable to stand the tear gas, surrenders. At the last moment, he changes his mind and decides to dash for freedom but falls in a hail of bullets.

One of the earliest and greatest of all gangster films, Scarface was a major project as well as a major problem for Howard Hughes, president of Caddo, his production company. The Hays Office, the censoring body for Hollywood films, had major concerns about gangster films in general and this one in particular. Anything that made the Al Capone character look heroic, or even human, had to be eliminated, and references to the obvious incestuous interest of the protagonist towards his sister had to be removed as well. Numerous changes were made to attempt to comply with the endless requests—at great cost to the production company—and delayed the film’s release for nearly a year. Finally, Hughes refused to make further revisions and released the film, threatening to file a lawsuit in New York, where the most adamant censoring body opposed the film. Of the three versions of the film, the one that was finally released, and the one that may now be seen on video, is Hughes’s original version.

In preparation for the making of the film, director Howard Hawks and screenwriter Ben Hecht interviewed real gangsters as well as Capone’s biographer, Fred Pasley. Hecht claimed that he based his scripts on the Borgia family of the Italian Renaissance. It was also reported that Capone met with Hawks and, secretly, George Raft, who had reputed connections to the underworld, particularly to Owney Madden. The famous gangster thought the film was terrific and loved the publicity it gave him—Scarface was in lights on theater marquees all over the country.

Paul Muni was outstanding as Tony, but another actor, a young song-and-dance man, had one of his most memorable roles ever. George Raft played Tony’s bodyguard and best friend, Guino, and Hawks had the idea of having him flip a coin in the air and catch it. Raft practiced so hard that he could do it without looking, and it became a little acting trick that indelibly imprinted the character; the coin, incidentally, was a nickel, not a quarter as usually stated.

On his swift and ruthless rise to the top of gangland Chicago, Tony took as his motto the words from Cook’s Tour sign outside his window: THE WORLD IS YOURS.  When he is gunned down trying to escape, he dies beneath the sign. The last words of Scarface are: “The world is yours.” 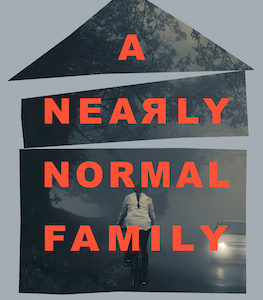 Agnes Thelin almost looked apologetic when she explained I was a suspect. My thoughts were like a whirlwind. A suspect? I sank...
© LitHub
Back to top