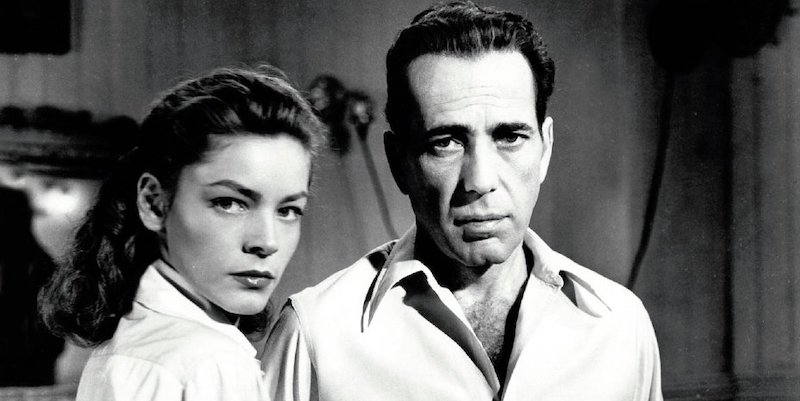 In an early scene, Bogart (as Major Frank McCloud) visits the widow and father of a war buddy who was killed in action. Lionel Barrymore, as James Temple, is eager to hear of his son’s exploits so, as his former commanding officer, McCloud tells him of his son’s heroic actions. This speech, by writer/director John Huston, was largely drawn from San Pietro, a 1944 war documentary that he had also made. 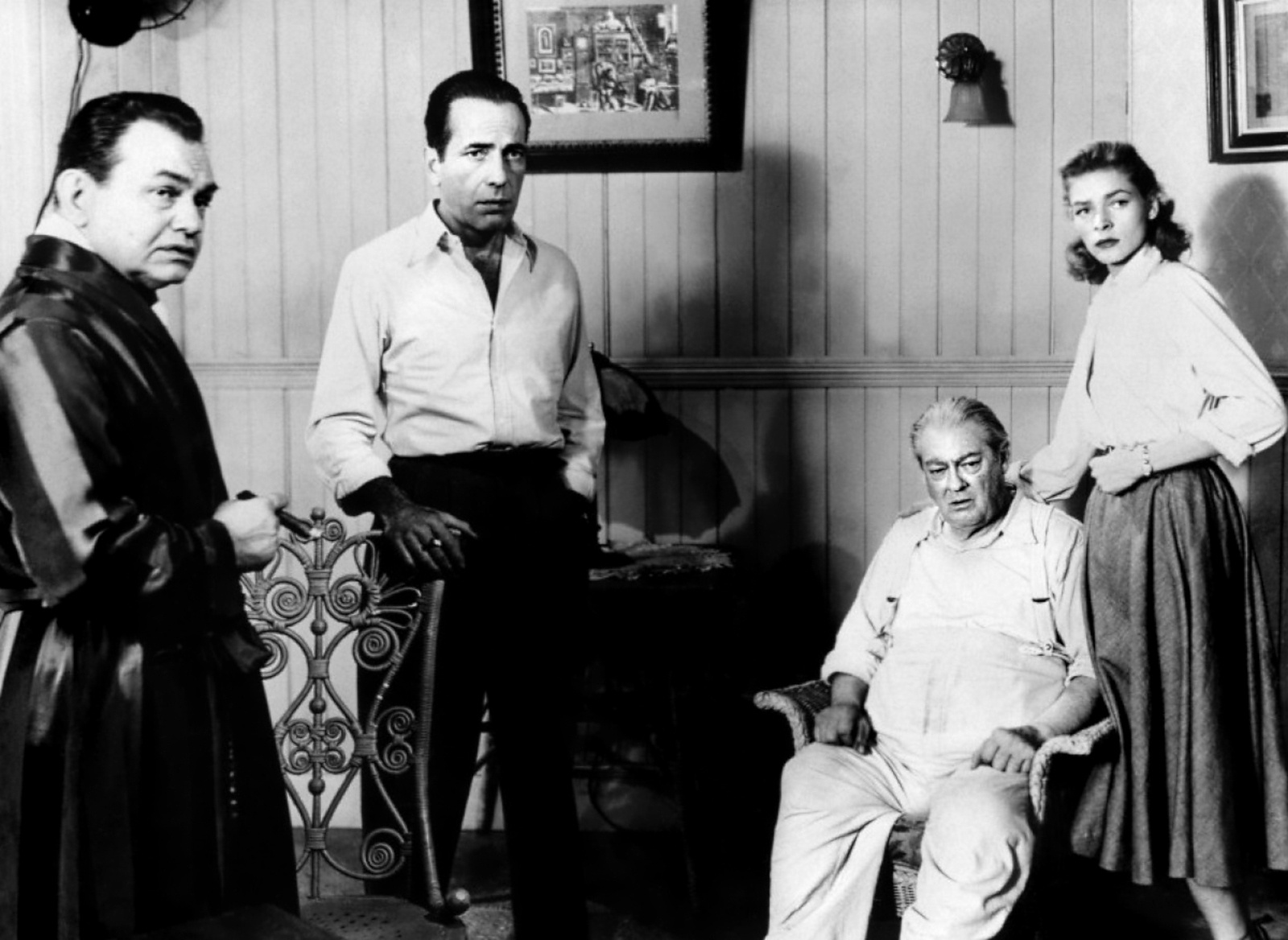 Major Frank McCloud, recently returned from the war, goes to a hotel on Key Largo to visit the family of a soldier killed under his command and finds that it has been taken over by a gang of criminals. A hurricane hits, scaring the leader of the gang, the notorious Johnny Rocco. When the storm lets up, Sheriff Ben Wade comes looking for his deputy, whom Rocco has killed, intimating that two Indians had killed him. Wade finds the Indians, who are wanted for escaping from jail after a drunken spree, and kills them both.

Rocco plans to return to Cuba with his gang, and McCloud agrees to pilot the boat. Three of the gangsters go below and McCloud abruptly speeds up, throwing one of those on deck overboard and shooting the other. One of the thugs comes running up the stairs, and McCloud shoots him too. Rocco orders the remaining henchman up the stairs to deal with McCloud and, when he refuses, Rocco kills him. The frightened thug then tries to make a deal with McCloud, offering him all the money from his recently concluded deal, but McCloud simply waits for him to come up on deck and shoots him when he does. He turns the boat around and heads back to Key Largo and Nora, the widow of his slain army comrade.

For those unfamiliar with American geography, the film opens with a foreword explaining that: At the southernmost point of the United States are the Florida Keys, a string of small islands held together by a concrete causeway. Largest of these remote coral islands is Key Largo.

Key Largo has been portrayed as a political statement, a position enhanced by director/screenwriter John Huston’s frequent contemporary and retrospective statements. The character of Johnny Rocco represented fascism, with a desire to return to the “good old days” when democracy and freedom were not allowed in this world. Bogart, a war hero, complains about America’s postwar aimlessness and political corruption. Finally, of course, he realizes that he cannot allow the thugs to win and takes up arms (in this case, a handgun slipped to him by Rocco’s boozy mistress) to “cleanse the world of ancient evils,” as the script portentously puts it.

The gangsters have just taken over the hotel owned by James Temple, a tough old bird confined to a wheelchair. As the hoods bully the hostages, Temple will have none of it, baiting one of the thugs. “That big gun in your hand,” he says, “makes you look grown up—you think. I’ll bet you spend hours posing in front of a mirror holding it, trying to look tough.” 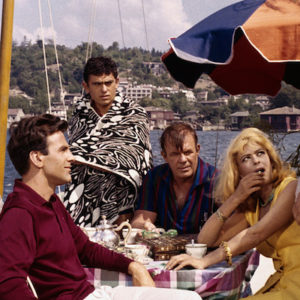