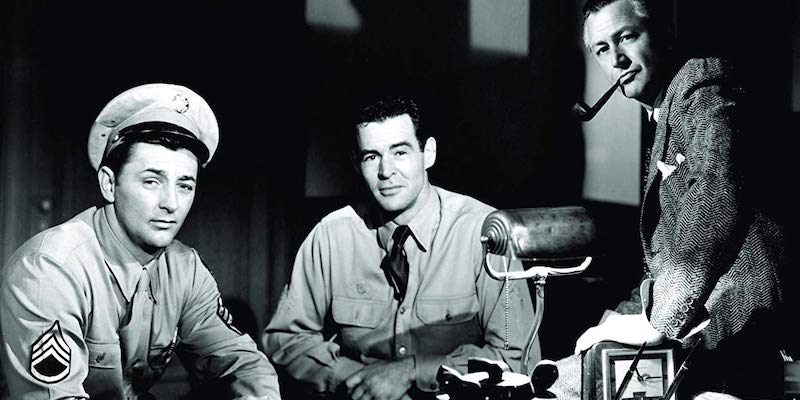 Two of the principal players, both noted for distinguished roles in so many other noir films that they became typecast, worked totally against the image we have of them in this film. Gloria Grahame, the ultimate victim in film after film—usually playing a prostitute or party girl—was actually a classically trained stage actress who longed to play Lady Macbeth. She was well known in Hollywood for having a lightening-fast wit and longed to get away from the roles for which she is now remembered. Her one chance came when she got the role of Billie Dawn in Born Yesterday, but RKO refused to loan her out to Columbia and the part went to Judy Holliday, who won an Oscar.

Similarly, Robert Ryan was nothing like the Neanderthals he frequently played. An intellectual who loved Shakespeare, he attended Dartmouth and sought a career as a writer before he attended acting school and signing with Paramount to act in a B war movie. 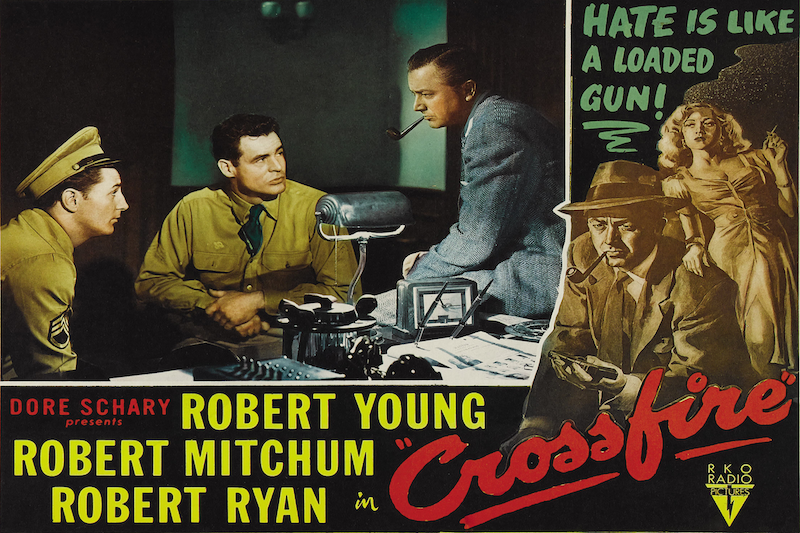 The war has ended and four army buddies—Monty Montgomery, Floyd Bowers, Arthur Mitchell, and Leroy—go out to celebrate their imminent return to civilian life. They impose on Joe Samuels and go to his apartment to continue the party. As he gets drunker and more belligerent, Monty’s anti-Semitism heats up and he beats the Jewish Samuels to death. Police Captain Finlay at first believes the killer is Mitchell, but Army Sergeant Peter Kelley, who knows all the men involved, enters the case and assures him that Mitchell isn’t capable of such a crime. Monty, afraid that Bowers won’t be able to stand up to the penetrating questioning and that he’ll reveal the true killer, murders Bowers. Leroy and Mitchell go into hiding, but Kelley, aided by Ginny Tremaine, a prostitute, finds them and they set a trap for Monty, convincing him that Bowers is still alive. When Monty shows up to finish the job, he is arrested. As he breaks free and runs to escape, he is shot.

Crossfire is the first of the pure noir films to raise a serious social issue and as a result achieved the kind of critical acclaim that was never accorded equally good films that lacked a similar message. Producer Adrian Scott was committed to making socially conscious films and found this the perfect way to make a popular movie that would still deliver a strong anti-Fascist statement.

In The Brick Foxhole, the excellent Richard Brooks novel on which the film is based, the victim of the fatal beating is a homosexual but Hollywood evidently was not prepared to go down that path so made the character Jewish.

At a rival studio, Darryl F. Zanuck had acquired the rights to Gentleman’s Agreement, a novel by Laura Hobson about anti-Semitism. The new head of RKO, Dore Schary, urged Scott to rush the film so that it could be released before Zanuck’s project in order to get first crack at the liberal audience. It worked. The film was a smash at the box office, got rave reviews, and received tons of awards, many from humanitarian groups.

Both the producer, Adrian Scott, and the director, Edward Dmytryk, soon were hauled in front of the House Un-American Activities Committee, where they took Fifth Amendment pleas and were sent to jail. Both were fired from the studio and blacklisted in Hollywood for several years. Dmytryk reestablished himself by pointing a finger at other members of the Hollywood community. Ironically, the furthest left of all the people involved with the film was Robert Ryan, who spent decades as an activist for left-wing causes but was never brought before the HUAC.

Capt. Finlay has just shot the fleeing Montgomery when Leroy asks, “Captain is he dead?’ Finlay answers, “He was dead for a long time. He just didn’t know it.” 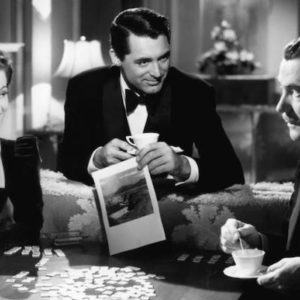