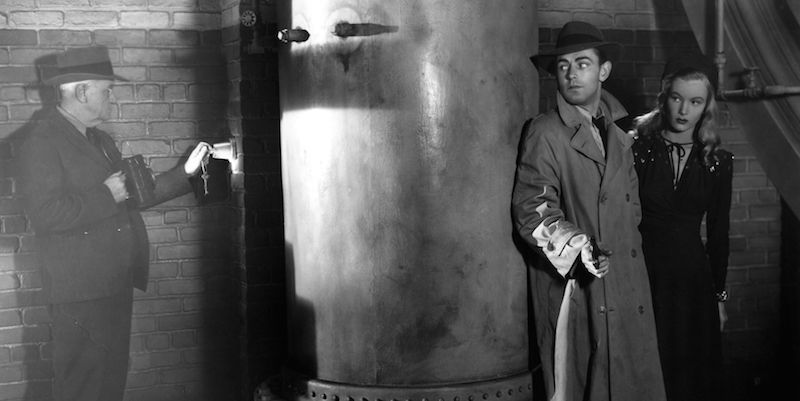 Counting Down the Greatest Crime Films of All-Time: #81

Sometimes coincidence, good luck, and fortuitous timing can have a greater impact on the making of a movie star than mere talent. In the film’s opening credits, Alan Ladd is listed as being introduced to the screen in the role of Philip Raven, although he had in fact previously appeared in many small and unmemorable roles. His first bit of unpredictably superb timing was that the country was ready for noir films as war raged in Europe. Pictures with garrulous, cheerful leading men and snappy patter certainly continued to be popular, but there was now a place for silent, damaged, unemotional actors, of which Ladd, with his flat voice and immobile face, was the perfect archetype.

His second piece of good fortune was in being cast with Veronica Lake, who was as tiny as he was. When the couple stand next to the very large Laird Cregar, they look like small children, but when they are alone, they are perfectly matched. (Actually, when they are running, they seem to be the same size; when they are standing and talking to each other, Ladd towers over Lake, undoubtedly because he is standing on a box.)

And wouldn’t his career have been different if the first actor to be considered for the role, Peter Lorre, had been cast?

Finally, Ladd’s role became not only memorable but hugely influential and iconographic. As the film’s tough guy, he wore a trench coat, which soon became standard dress for every hard-boiled movie hero. 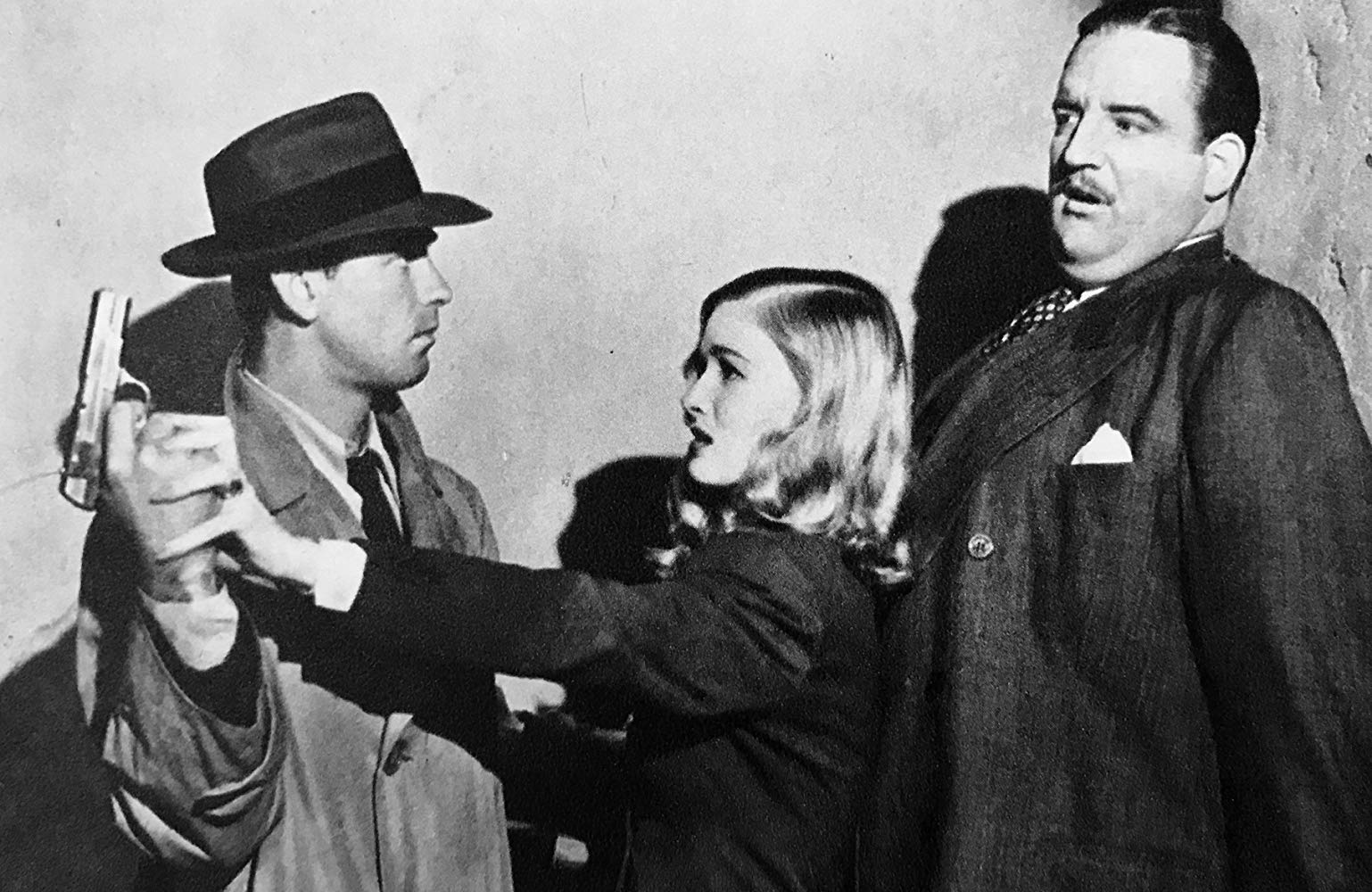 Philip Raven, a cold-blooded contract killer, is hired to murder Albert Baker. Baker is blackmailing the Nitrochemical Corporation, which had sold a formula for poison gas to the Japanese, who had recently bombed Pearl Harbor. When Raven arrives to do the job, he finds Baker with his secretary and shoots them both. Paid with marked bills to do the killing, he realizes he has been set up by William Gates, an executive with Nitrochemical, and sets out to kill him and the boss who gave the orders.

On a train from San Francisco to Los Angeles, where the chemical company is headquartered, Raven meets Ellen Graham, the fiancée of Michael Crane, a police lieutenant. Ellen, coincidentally hired by Gates to appear in a nightclub he owns, is working as an undercover agent for Senator Burnett.

When Gates sees them together, he wires the police to meet the train but Raven escapes with Ellen, whom he has taken hostage. Raven plans to kill Ellen in an old warehouse because she knows he is a killer, but is interrupted by workmen and she escapes. Assuming that Ellen is an accomplice of Raven, Gates abducts her and also plans to kill her. Raven rescues her, and realizing that she is not working with Gates, he now trusts her. Wanting revenge, Raven plans to kill Gates and his new boss, but Ellen convinces him that it is his patriotic duty to get signed confessions instead.

Raven manages to get into the Nitrochemical building and even exacts the signed confessions before the police break in and shoot him. With his last breath he looks up at Ellen and asks, “Did I do all right by you?”

The plot bears small resemblance to Graham Greene’s novel, which was published in 1936. In the novel—set in cold, dark, rainy England, rather than the sunny California of the film—the protagonist is a social outcast with a hairlip, not the handsome, if tightlipped, killer portrayed by Alan Ladd. In Greene’s book, the victim is a socialist minister, and the hit is paid for by a wealthy industrialist. In the film, the moneyman is again a businessman, but the reason for the hit is to avoid blackmail.

What George Orwell described as Greene’s “usual left-wing scenery” is much in evidence in This Gun for Hire, not surprisingly. Greene, as is well known, was a Communist whose social and political agenda infused all his fiction. The screenwriters, too, were overt left-wingers, especially Albert Maltz, who was later identified as one of the “Hollywood Ten.” The evil head of the corporation, shown clumsily eating milksops, was even cast to physically resemble Henry Ford.

The great critical and commercial success of This Gun for Hire was largely credited to the pairing of Ladd and Lake, and they starred together again three more times, in The Glass Key (1942), The Blue Dahlia (1946), and Saigon (1948). They also made cameo appearances together in Star Spangled Rhythm (1943) and Duffy’s Tavern (1945).

In 1957, Paramount remade This Gun for Hire, based on Burnett and Maltz’ screenplay. The remake, titled Short Cut to Hell, starred Robert Ivers and Georgann Johnson, with James Cagney directing his first and only film. It was absurdly remade in 1991 for cable television as a vehicle for Robert Wagner.

When Willard Gates pays off Raven, the hitman wants assurance that the bills are all right. Gates is shocked at the notion that he could be distrusted, but then says he understands because, if there were any problems, Raven couldn’t very well go to the police. Raven tells him, “I’m my own police.” 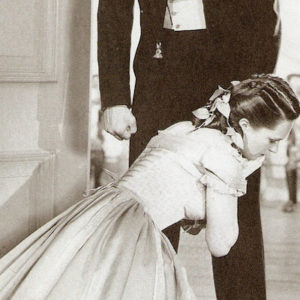 Much of the hoopla around the popularity of psychological thrillers today is focused on the question of why women would want...
© LitHub
Back to top