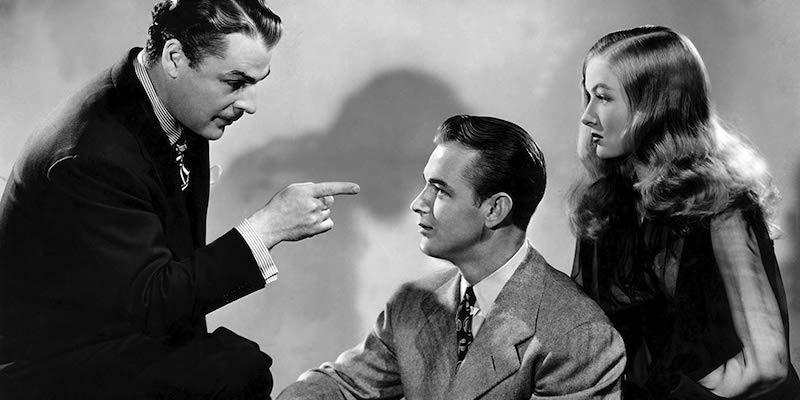 Alan Ladd, who played Ed Beaumont, and William Bendix, the actor who plays Jeff, the thug who beats him up, were friends. They even lived in houses across the street from each other. The argument that broke up their friendship for good occurred when Ladd went into the Navy and served on a base in San Diego. When he complained to his friend Bendix about the difficulties of military life, Bendix joked that he had no right to complain and that he had it pretty soft. Ladd didn’t respond, but his wife and agent, Sue Carol, retorted quickly that Bendix was in no position to talk, as he hadn’t even joined any of the armed forces. Bendix, who was an asthmatic and ineligible for military duty, stormed off, and the actors were never close again, although they worked together on four more films. 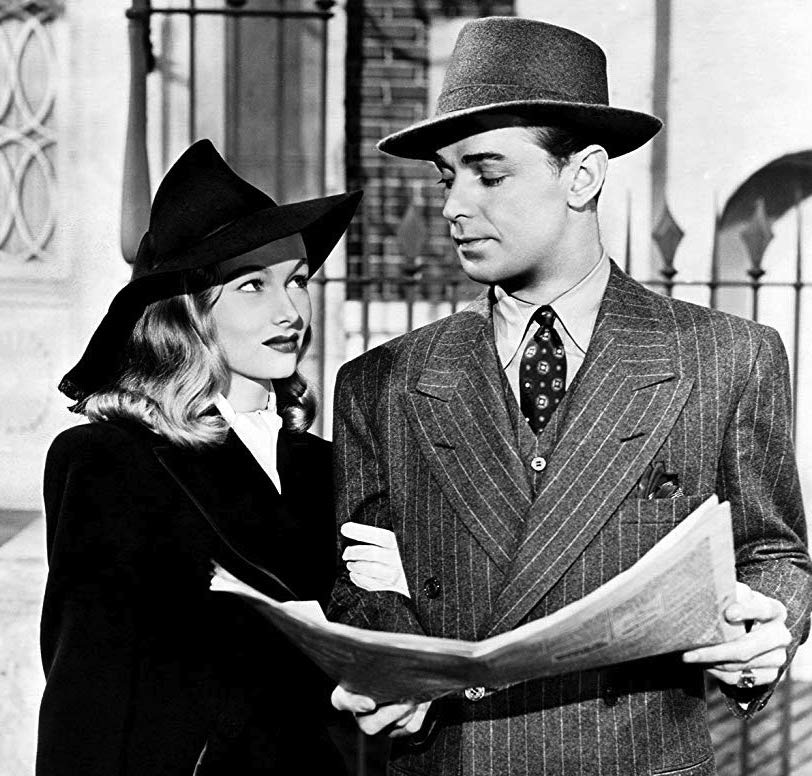 Paul Madvig, a powerful politician, aids the corrupt Senator Henry in his bid for reelection, much against the wishes of Ed Beaumont, Madvig’s loyal aide. When Madvig finally acts in a moral way and closes down the gambling joint run by a pal of Henry’s, he is framed for the murder of the senator’s son by the gangster. Although Madvig and Beaumont are competing for the same girl, the senator’s daughter, Janet, when his boss is arrested for murder, Beaumont turns detective to find the real killer. After Beaumont is mercilessly beaten by Jeff, he manages to turn the thug against his boss and the gangster is killed. Beaumont manages to locate the real killer of Henry’s son and get Madvig freed.

The Glass Key is a hybrid between the private eye novels that were popular in the 1930s and the noir films that had not yet clearly defined their genre. Although Beaumont works in the manner of the traditional detective, trying to solve the murder for which his boss has been framed, the normal structure of the detective story is lacking. In the classic private-eye tale, the detective is presented with a problem and he seeks the answer to that problem by asking questions and sifting the truth from the lies he inevitably will be told. When he learns the truth, the problem is solved and all is right with the world.

In The Glass Key, however, all the characters are morally ambivalent and, when Beaumont reveals the identity of the perpetrator, the sense of satisfying closure that the traditional mystery offers is lacking: the greater criminal—in this case an intertwined society of crooked officials, gangsters and all the people who connive to make the entire city corrupt—cannot be arrested and punished.

This is the second version of Dashiell Hammett’s best novel. The first was produced in 1935, starring George Raft as Ed Beaumont (he was Ned in the novel), Edward Arnold as Madvig, Claire Dodd as Janet Henry, and Rosalind Keith as Opal Madvig. Although not as tough and violent as the 1942 version, it, too, is a first-rate film that can be viewed with pleasure today.

“The Glass Key” is underworld jargon for an invitation that is insincere.

When Hammett lived in San Francisco in 1925, he lived in an apartment on Eddy Street on which he based Beaumont’s rooms.

Jeff threatens Beaumont: “I’ve got a little room upstairs that’s too small for you to fall down in. I can bounce you around the walls; that way we won’t be wasting a lot of time while you get up off the floor.”

Counting Down the Greatest Crime Films of All-Time: #83 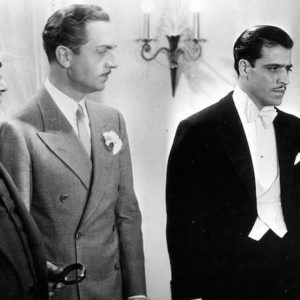