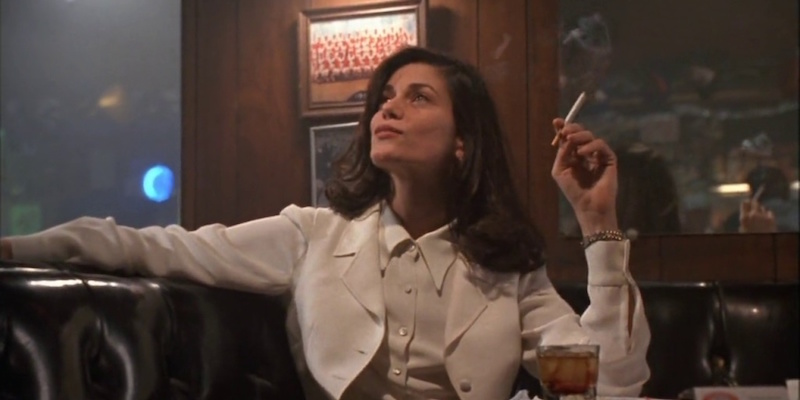 In her personal life, Linda Fiorentino may be a lovely woman, but in movies she has quickly become typecast as an evil monster of such relentlessly diabolical actions that it is difficult to imagine her as the sweet girl next door. In The Last Seduction, she calls her attorney and asks him if he’s still a lawyer, and he responds by asking if she’s still “a self-serving bitch.” Later, he asks her, “Anyone check you for a heartbeat lately?” And this is someone on her side! Over the course of her career, Fiorentino played similar roles in Vision Quest, a wrestling movie that was puerile and worth missing except for her icy performance, and the highly interesting Martin Scorsese film After Hours, in which she also plays a nearly nonhuman black widow spider, dooming every man who gets trapped (albeit willingly) in her web. 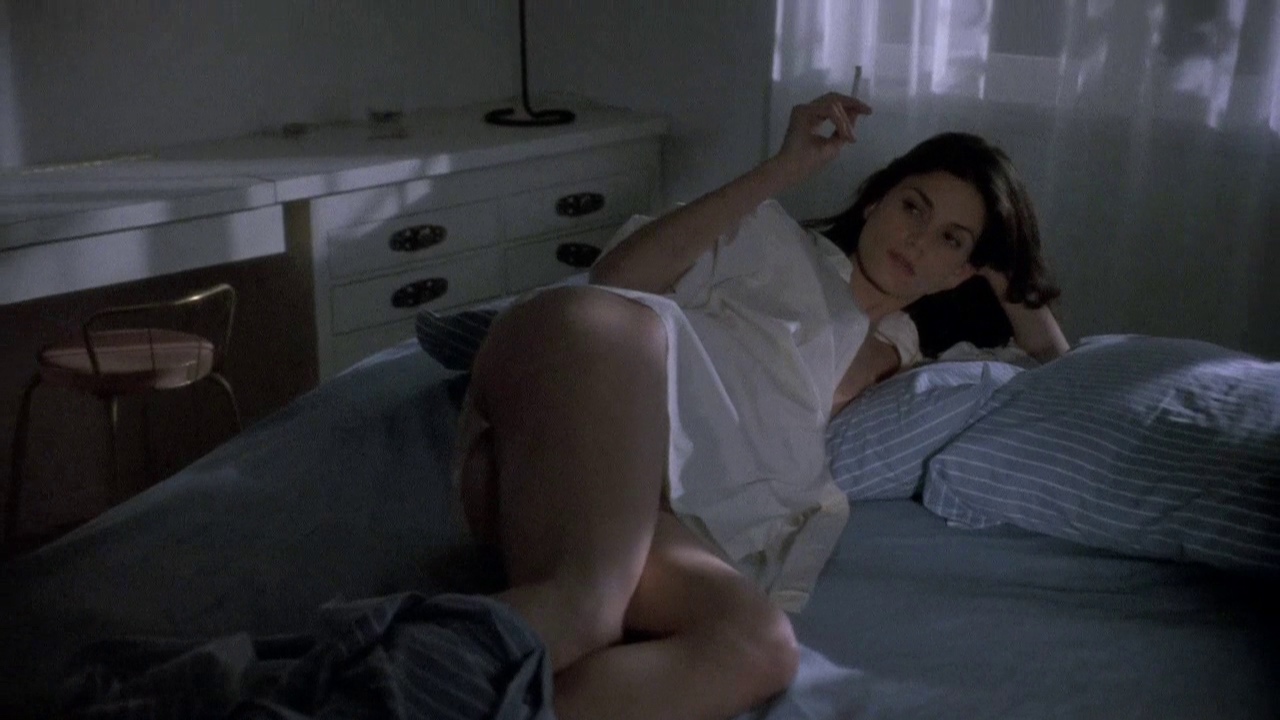 Bridget Gregory convinces her husband, Clay, a shady doctor, to make a drug deal, which is successful. He takes home $700,000, which she promptly steals, fleeing from New York City to a small town named Breston, near Buffalo. Stopping for gas, she hits the local bar and picks up Mike Swale, who is titillated by her beauty and sophistication, as well as her straightforward interest in him sexually—as evidenced when she opens his pants in the crowded bar and reaches to see if his boasts about size are warranted.

Bridget decides to stay in Breston. Now using the name Wendy Kroy, she takes a job in an insurance company and maintains an affair with Mike. He has fallen for her, even though he is repelled by her cold-bloodedness and by her schemes for them to murder certain policyholders for large payoffs.

Clay is desperate to get the drug money back and hires Harlan, a private detective, to find Bridget, which he does. As they head back to New York, she presses her foot down hard on the gas pedal and aims the car at a pole, crashing into it head-on and sending Harlan through the windshield; she is saved by an airbag.

Bridget tricks Mike into going to New York with her and sets him up with an elaborate scheme to kill her husband. As Clay tells Mike more and more about Bridget, the naïve small-town man realizes he has been manipulated and refuses to go through with the murder, so Bridget kills her husband by spraying Mace down his throat. When Mike is outraged by her, she screams at him to rape her and, as he does, she surreptitiously dials 911 so that her rape is recorded, as well as her cries of “You killed my husband.” With Clay dead and Mike arrested, Bridget heads off to an island paradise with the $700,000 and no hint of a conscience.

Although noir films are notorious for having bad women, never have any of them remained so one-dimensionally evil. Clearly influenced by James M. Cain and the other darkest of the dark writers, The Last Seduction provides a showcase for diabolical characters who never—not for an instant—displays any moral sense. As a tribute to Cain, Bridget Gregory identifies herself once as Mrs. Neff (Walter Neff is the man Phyllis Dietrichson lures into a plot to kill her husband in Cain’s Double Indemnity).

The Last Seduction, now regarded as a noir masterpiece, had a tough time of it at first. Intended for theatrical release, initial response from the studio and theater owners was so lukewarm that it went directly to cable television, making it ineligible for an Academy Award. When it was released in England, the reaction to it from critics and viewers was so overwhelmingly positive that it crossed the Atlantic and was shown theatrically with reasonable success.

Bridget Gregory stops by a local bar and orders a Manhattan. When she is ignored, she yells in the general direction of the bartender, “Who does a girl have to suck around here to get a drink?” 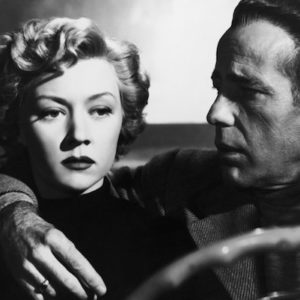