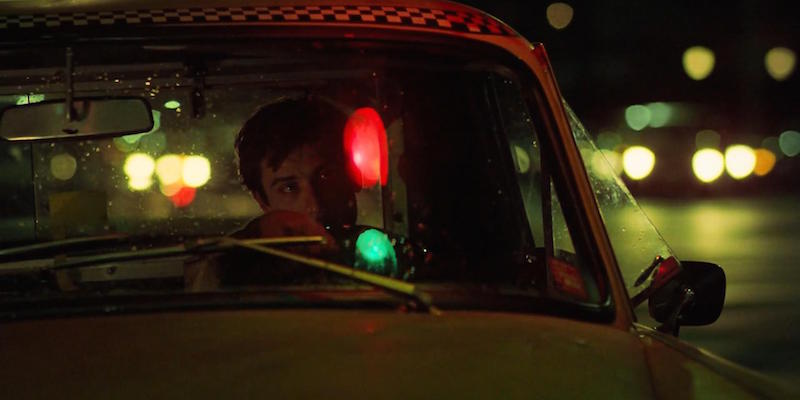 Talk about getting into a role! Robert De Niro, who plays the sociopath Travis Bickle, a New York City cab driver, drove a taxi for twelve-hour shifts for a month to prepare for the role. The film’s most famous scene, and one which has lingered in the consciousness of filmgoers for more than four decades, shows De Niro talking, or ranting, to himself in front of a mirror. “You talkin’ to me? You’re not talkin’ to me! You’re talkin’ to me?” You remember it. Well, it was entirely ad libbed by De Niro.

Harvey Keitel, who plays the pimp, Sport, is from the same school of acting as De Niro. He rehearsed with real-life pimps to prepare for his role, and the scene in which he dances with Iris, the young prostitute, was improvised by Keitel and Jodie Foster. 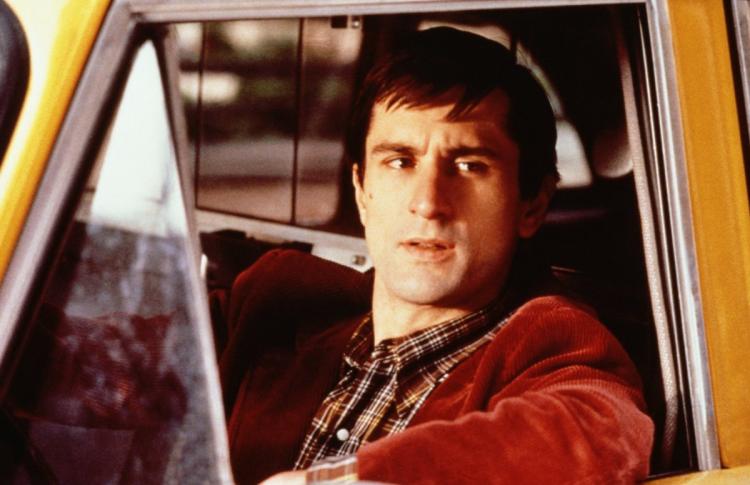 Travis Bickle is a twenty-six-year-old Vietnam War vet on whom the service clearly had an impact. He is a loner, driving a New York City cab on the late-night shift, where he is constantly confronted with the worst of society: hookers, pimps, druggies, and other low-life criminals. A self-styled moralist, he keeps a diary with his thoughts on this world, growing to hate it more with each passing night.

He meets a passenger in his cab, the pretty and decent Betsy, a campaign worker for a Senate nominee, and asks her for a date, which goes badly when he takes her to a pornographic movie. He later meets Iris, a fourteen-year-old prostitute, and tries to convince her to go back home to her parents, without success. He even fails at getting her to leave her vile, brutal pimp, Sport, with whom she is in love.

In frustration, he buys guns and ammunition and practices with them as he sets out to rid the world of the scum that is epitomized by Sport, whom he shoots. He follows up that murder by going into a seedy hotel and shooting more pimps and sleazy criminals, making him a vigilante hero to the media and the public.

This is clearly not a motion picture for everyone. It is inexhaustibly ugly, vulgar, and violent, and it is impossible for just about any of the characters to speak a simple declarative sentence without peppering it with obscenities. The violence is omnipresent, whether simmering just below the surface or erupting in outrageous gore. In fact, Taxi Driver had been given a rating of “X”, which is a box office death knell, until Scorsese agreed to reduce the level of violence. He accomplished this mainly by changing the color of the blood from bright red to a more muted maroon color.

The famous Mohawk haircut that Bickle wore was not real. The make-up artist designed a bald skullcap for De Niro and made the hair out of coarse horsehair.

Brian De Palma, no stranger to violent films, was considered for the job of directing Taxi Driver, but when the producers saw Mean Streets, directed by Scorsese three years earlier and also starring De Niro, it was agreed that Scorsese could direct, but only if he was able to get De Niro to play the lead role.

Paul Schrader’s screenplay was a hot property and several other studios were interested in making the film. One of them had suggested (and I never joke!) Neil Diamond for the role of Travis Bickle.

Following in the footsteps of Alfred Hitchcock, Martin Scorsese has a small walk-on in each of his films, and so does his mother. In Taxi Driver, Mrs. Scorsese can be seen in the photograph of Iris’ parents that has been hung on Travis’ wall. Scorsese is the irate husband in Bickle’s taxi.

Travis Bickle, writing in his diary: “I don’t believe that one should devote one’s life to morbid self-attention.” 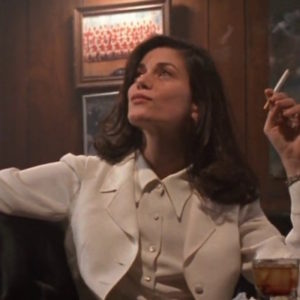