Counting Down the Greatest Crime Films of All-Time: #96

Although it is one of the most influential espionage movies ever made, The Spy Who Came in from the Cold was a failure at the box office. Cinematic spying traditionally used such standard features as beautiful women who turned out to be ruthless double agents, posh surroundings, and international locales. The lack of all those colorful elements in the film, plus the realistic depiction of the ordinariness of everyday life as a spy and its commensurate lack of action, made audiences less than enthusiastic about this cinematic experience. They made it clear they preferred the unrealistic but exciting world of James Bond. 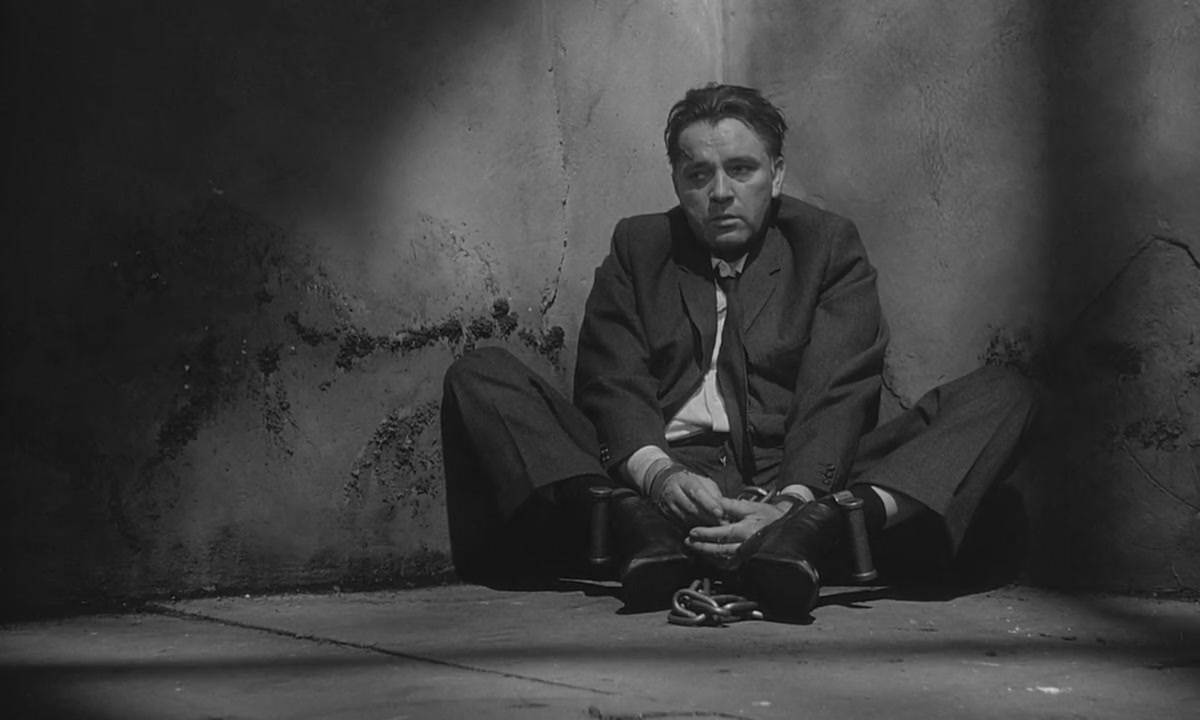 Alec Leamas, the head of British Intelligence in Germany, is near retirement when he is sent home to explain why so many of his agents have been killed. They appear to be victims of ex-Nazi Hans-Dieter Mundt, now the head of the East German counterintelligence unit. The British Secret Service, led by Control, wants to eliminate him.

Leamas, burned out after so many years at the job, lacking family and close ties, has become a disillusioned drunk. Using that apparent weakness as a good cover, Leamas is given the assignment of making himself appear ready to defect so that he can infiltrate the East German organization.

He takes a job in a library to become involved with known Communist Nan Perry. When he is offered money to tell his secrets to Mundt’s second in command, the brilliant but devious Fiedler, Leamas accepts. Fiedler, eager to replace his superior, plans to frame him as a double agent and uses Leamas in his plot.

When a secret tribunal is held and Nan is called as a surprise witness, Leamas suddenly realizes that the entire purpose of his mission to East Berlin was to set up Fiedler and strengthen the position of Mundt, who is actually a British double agent.

Mundy arranges for Leamas to escape over the Wall, but Nan, a security risk, must be shot. Knowing the life to which he will return, the embittered Leamas decides that escape is pointless and stays behind the Wall to be shot and killed.

The film of The Spy Who Came in from the Cold was a faithful adaptation of John le Carré’s 1963 novel, which, unlike the film, was an enormous success and catapulted the author onto best-seller lists from then on.

Much as the Godfather created a view of the Mafia that was so real that it seemed the only accurate definition of that world, so, too, did le Carré make his depiction of the espionage world appear to be the only true one. His inventive use of language sounded so authentic that it seeped into common usage, and terms like circus and control are used knowingly as genuine “spy speak,” but were created in that context by le Carré.

The success of the book and the fame of the film produced several takeoffs and spoofs, notably The Spy Who Came (1969), a black-and-white sex film, and The Spy with a Cold Nose (1966), in which a dog is used as a secret agent.

Paul Dehn and Guy Trosper received Edgar Allen Poe Award from the Mystery Writers of America for their screenplay.

Fielder has offered Leamas a woman. Leamas tells him that he doesn’t need one. Fielder reminds him that he had one in England—the girl in the library. Leamas says, ”Oh, yes, yes. She was a Communist, too. She believed in free love. At the time it was all I could afford.”

Counting Down the Greatest Crime Films of All-Time: #95 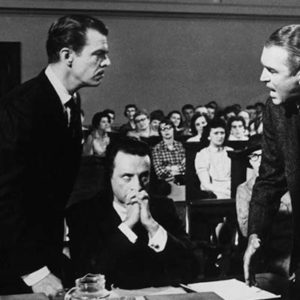