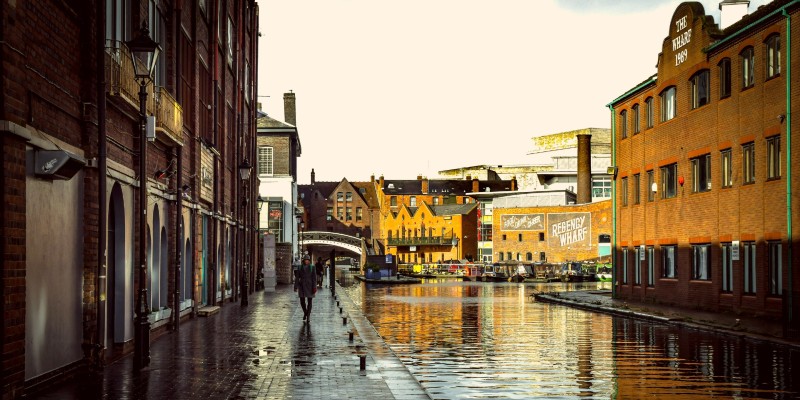 Crime in England’s Second City, “Courtesy of the Peaky B’s”

Birmingham, England – The West Midlands, once a major industrial city of the British Empire, and, crucially, not the Birmingham in Alabama. The UK’s second city, which can boast more miles of canal than Venice and more parks than Paris. If you never really thought about Birmingham much before, the Steven Knight-created Peaky Blinders phenomenon has probably put “Brum” on your radar. The long running BBC show (now in its sixth and final season) featuring the Irish-Romani Shelby family terrorising post Great War Birmingham has been, perhaps surprisingly, an international hit. And spawned plenty of books…

…Because the Peaky B’s really existed. Carl Chinn’s Peaky Blinders: The Real Story (2019) looks at the actual illegal bookmakers in Birmingham’s backstreets. The Peaky Blinders (known for carrying razor blades in their baker boy hats) transformed into the Birmingham Gang. Led by the real Billy Kimber, they fought a bloody war with the London gangsters Darby Sabini and Alfie Solomon over valuable protection rackets extorting money from bookmakers across the booming post-war racecourses of Britain. Chinn then followed up with Peaky Blinders: The Legacy (2020) taking the story of the Birmingham gang on into the later 1920s and 30s, and how their burgeoning empires spread across the UK. And then finally there is Peaky Blinders: The Aftermath (2021) finishing the story of the former Peaky Bs/Birmingham Gang and the continuing gang wars across Britain’s horse and dog racing tracks.

Chinn’s not the only one catching the Peaky B’s wave. Some earlier books have rebranded as telling the Peaky Blinders story. Philip Gooderson’s The Gangs of Birmingham (2011) traces the city’s criminal history from the early 1870s when mobs of youths armed with stones, knives and belt buckles fought pitched battles on the cobbled streets. The pre-Peaky B’s “sloggers”, drew their members from the workshops and factories that made guns, nails, and jewellery, and lived in the city’s overcrowded, insanitary slums.

OK – enough Peaky B’s. How about a more modern Birmingham? The city has spawned many great detective series…mostly long running and all contemporary.

Lucie Whitehouse’s Robin Lyon’s series features a detective recently dismissed for misconduct from the London Met Police’s Homicide Command after refusing to follow orders. In Critical Incidents (2019) Robin is back in her hometown of Birmingham and having to work as a government benefits-fraud investigator after problems in London. Then one of her only friends, at least one of the only to stand by her, becomes engulfed in a murder investigation and Robin decides to get, unofficially, get involved. In Risk of Harm (2021) Robin, now a DCI with Force Homicide in Birmingham, is back after a woman is found stabbed to death in a derelict factory and no one comes forward to identify the body.

Birmingham resident Maureen Carter’s Brum-set series features career cop DI Sarah Quinn. Known as the Ice Queen and constantly at odds with the ruthless TV journalist Caroline King, in the first book in the series, A Question of Despair a baby goes missing and Quinn must deal with the media and an understandably hysterical mother. In Mother Love a young woman called Olivia is killed and Quinn must once again deal with muckraking journalist Caroline King, who just happens to have been Olivia’s best friend. The third book in the series, Dying Bad, deals with violent youth gangs (modern day Peaky Blinders!) on Birmingham’s inner-city streets. In Child’s Play a missing person’s case becomes also a cold case from decades before. In the last book of the series, Next of Kin, a young girl goes missing in the city, pushy journalist Caroline King is meddling once again, and the new Chief Superintendent of the West Midlands Police seems determined to undermine Quinn at every turn. Expect more Sarah Quinn.

Maureen Carter is also the creator of a long-running seven book series featuring Sergeant Bev Morriss of the West Midlands Police. Starting with Working Girls (2010) Morriss dives straight into the seedier side of Birmingham to investigate the murder of a schoolgirl prostitute. She then deals with brutal teenage gangs in Dead Old (2010), stolen babies in Baby Love (2010), dead cops in suspicious circumstances in Hard Time (2011), a serial killer’s targeting Birmingham’s paedophiles in Bad Press (2011), a vicious serial burglar who wears a clown mask and plays mind-games with his victims in Blood Money (2011) and, finally, Morriss’s worst nightmare, a child killer, in Death Line (2011).

Another Birmingham-set long-running book series comes from Chris Collett, featuring DI Tom Mariner and Police Constable Tony Knox of the West Midlands force. The series starts with Deadly Lies (2017) and sets out the series’ credentials of displaying the grittier side of Brummie life. A dead journalist, a syringe is in his arm and a note by his side reading “No More”. Others in the series take in a kidnapping in the countryside outside Birmingham, a city centre bomb explosion, a child abductor, and a serial killer. All the books feature the word ‘lies’ in the title.

Yet another Birmingham-set long runner (just six books this time!) – Judith Cutler’s Detective Kate Power, exiled from London’s Metropolitan Police and making a new start with Birmingham Criminal Investigation Department (CID). The series starts with Murder the Boys (2020), and all are set in 1990s Birmingham (with a couple of side trips to other parts of the UK). Kate eventually gets command of her own her own Birmingham “nick” (British slang for a police station), though continues to encounter more than her share of male misogyny in the force.

And finally, Rachel McLean’s Zoe Finch, West Midlands Police’s newest Detective Inspector who we first encounter investigating the murder of a senior officer in Deadly Wishes (2020). The second book in the series, Deadly Choices (2020), actually starts in Birmingham’s Cadbury World, the theme dedicated to the chocolate brand. There are  terrorists in Brum in Deadly Terror (2020), while Deadly Reprisal (2021) takes place on the campus of Birmingham University. And finally Deadly Fallout (2021) is all about organised crime in the city. You’ll have noticed that each book has “deadly” in the title.

As well as all these procedurals Birmingham crime writing can go darker, more noir. Birmingham Noir: Urban Tales of Crime and Suspense (2002), edited by Joel Lane, puts the Ellroy-style into tales of Birmingham’s underbelly. Including stories from John Harvey (better known for his bestselling jazz-influenced Charlie Resnick novels, based in another Midlands city, Nottingham) as well as Wayne Dean-Richards, Simon Avery and John Dalton.

And finally (as ever) something a little different and a little bit special. Catherine O’Flynn’s 2007 novel What Was Lost is a novel is about a girl who goes missing in a Midlands shopping mall in 1984 and those who try to find out what happened to her twenty years later. What Was Lost won the First Novel Award at the 2007 Costa Book Awards (a prestigious prize for popular fiction in the UK), after being rejected by twenty agents before it was finally published. O’Flynn herself worked as the manager of a record shop in the town of Dudley, just outside Birmingham. What was Lost is a mystery, but it’s a novel of West Midlands life over twenty years and the role of consumerism in Birmingham life.

And so, from the Peaky Blinders to the mall rats of the West Midlands. There’s more to Brum than Tommy Shelby, though most people still pay their respects to the Peaky B’s when they first arrive! 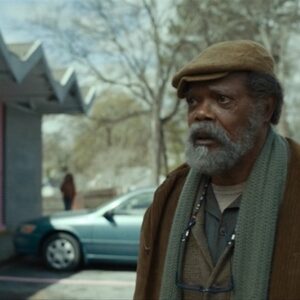 In The Last Days of Ptolemy Grey, the new Apple TV+ series based on the pseudo-detective novel by Walter Mosley, there is no greater...
© LitHub
Back to top