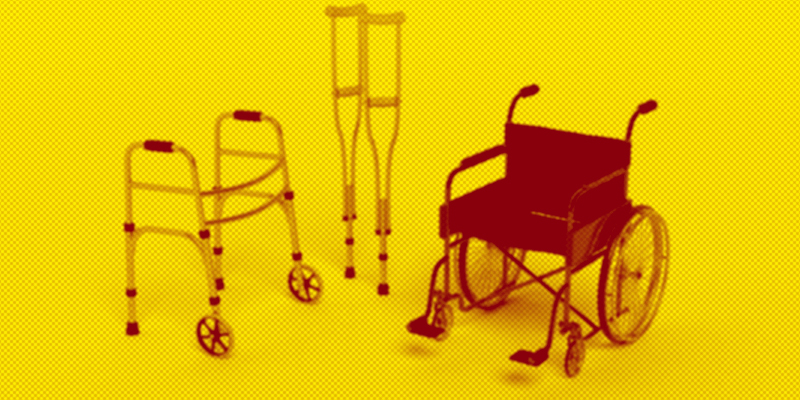 "[C]haracters from the physical disability spectrum are rarely depicted as competent and witty crime fighters."

The phrase #RepresentationMatters permeates the queer writing community as a reminder that we all need representations of ourselves in the art we consume. As a queer teen who loved to read horror and crime fiction, I rarely found characters like myself highlighted in the glossy pamphlets of popular books from my small public library. The lack of LGBTQIA visibility around me sent a message: something was wrong with these characters; therefore, something was wrong with me. Queer representation in crime fiction has grown substantially since I was a teen, particularly in the last ten years. Not all areas of representation in crime fiction have shared that same growth and attention. Diverse characters from the physical disability spectrum are rarely depicted as competent and witty crime fighters.

While crime fiction does have some neurodivergent crime busters (EJ Copperman’s Asperger Series with Samuel Hoenig and the beloved Monk television series created by Andy Breckman), there have been relatively few authors who’ve explored crime fiction characters with a physical disability. It could be argued there are sound reasons for this lack of portrayal in crime fiction. We’ve all heard about the physical tests law enforcement must pass and the physical benchmarks officers of the law are required to meet. However, a physical disability does not define the abilities of a character, particularly when smart, quick thinking is so vital to the profession of crime fighting. Perhaps this is representative of a much larger problem in our culture. How many people who are on the differently abled spectrum are regularly denied jobs they could perform with only a few minor accommodations and modifications?

One of my favorite characters, Jeffrey Deaver’s Lincoln Rhyme, is a quadriplegic who fights crime from his high-tech bedroom. In Deaver’s series, we see Rhyme’s mind at work as he deciphers eccentric clues that bewilder his colleagues. Rhyme is the key to unlocking the safety of victims and law enforcement in the field—all through his quick thinking while confined to his bed or wheelchair. In the end, it’s the brilliance we admire so much about many crime fighters, their ability to think outside the box and outwit the criminal or murderer. Yet so much emphasis is placed on the physicality of crime fighters. It leads me to this question: how many great characters have been weeded out of crime fiction publishing because of the stereotypical limitations of a crime fighter?

[H]ow many great characters have been weeded out of crime fiction publishing because of the stereotypical limitations of a crime fighter?

As someone who lives with a “silent disability,” I’ve been hungry for crime fiction with characters who also deal with chronic health conditions. I was diagnosed with an autoimmune disease in 2017. And I’m certainly not the only one. With roughly 80 different diseases that attack the immune system, scientists have estimated there are as many as 24 million Americans navigating one or more of these illnesses (see NIEHS article for more details. These numbers are extraordinary, yet I cannot think of a crime fighter who lives and thrives with Multiple Sclerosis, Sjogren’s Disease, or one of the other autoimmune diseases. I wanted my latest work to give representation to so many who are living with silent and physical disabilities.

Whereabouts Unknown (March 2022, Bold Strokes Books), my latest crime novel, delves into two main characters who are on the disability spectrum. Homicide Detective, Theodora Madsen, is shot in the line of duty. While her hip is shattered, it’s the neurological system that makes recovery so difficult for Theo. As a person who has always been athletic and in superior health, this injury rocks her world. Surgeons cannot promise feeling will return to Theo’s leg or that she’ll completely regain her sense of balance. To complicate things even more, Theo and her lover Bree are expecting their first child. As Theo moves through her cases and life with walker and then a cane, it’s the unknown world of healing that terrifies Theo most.

Another primary character, Annabelle Jackson, was diagnosed with lupus as a child. Now sixteen, her medical team has stabilized her, but the events of the novel make it impossible for her to continue with the medicine and lifestyle that has kept lupus at bay. While her body rages with the disease, she must work with her body’s condition to find a way to survive. Annabelle’s grandmother, who also lived with lupus, told Annabelle it was her sensitivities that made her strong. Now she must find a way to access that strength.

There are other crime fiction characters who defy the stereotypes and conventions of detectives and PIs. Here are a few writers whose work features differently abled representation:

Emma Viskic’s Caleb Zelic. Caleb can’t hear you, but he sees everything—the tagline for Viskic’s series says it all. Caleb works for a small fraud and investigation agency in Resurrection Bay. The fourth and final book in the Caleb Zelic series, Those Who Perish, releases in March 2022.

Rex Stout’s Nero Wolfe. Nero fights crime from a wheelchair after he’s shot in the back during a WWI battle. With 33 novels and 41 novellas featuring Wolfe, an eccentric who bred orchids, uses a dogsbody to investigate crimes in New York City.

Amy Meyers’ Marsh and Daughter Series. Peter Marsh is wheelchair bound from a shooting while he was a police officer. Now a civilian, he solves murders with his daughter, Georgia in Kent, England. The father-daughter duo pens a true crime book series together as they sleuth through unsolved cases.

Robert Goldbraith’s Cormoran Strike. A private investigator, Strike lost his lower right leg in the Afghanistan war. This series of six books details the cases Strike and his partner, Robin Ellicott, take on in the United Kingdom. Cormoran Strike released as a BBC series in 2016.

Josh Stallings’ Tricky. This crime novel features detective Neils Madsen whose case involves an intellectually disabled man, Cisco, and his special needs community. Madsen must determine if Cisco is faking traumatic brain injury or not to find out exactly how much he knows.

Looking for other great crime fiction that features a detective, private eye, or main characters of varying abilities? Be sure to check out this extensive list put together by Beyond Rivalry. A book that dives much deeper into this topic is The Disabled Detective: Sleuthing Disability in Contemporary Crime Fiction (2019) by Susannah B Mintz. This book expertly explores the rise of detective heroes from across the disability spectrum in print, television, and film.

#RepresentationMatters. We all need to see representations of ourselves in literature and art. Our world is filled with richly diverse humans of varying abilities and gifts—why shouldn’t crime fiction as well? 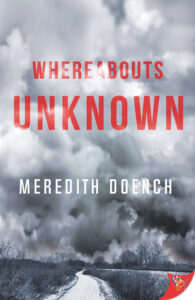 Meredith Doench is the author of the Luce Hansen thriller series and Whereabouts Unknown (March 2022). Her writing has also appeared in many literary journals. She is a board member of Mystery Writers of America, Midwest Chapter, and is a senior lecturer of creative writing, literature, and composition at the University of Dayton in Ohio. For more information about this author and her work, visit www.meredithdoench.com.
http://www.meredithdoench.com 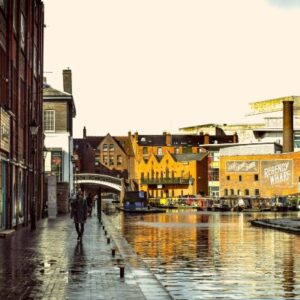 Birmingham, England – The West Midlands, once a major industrial city of the British Empire, and, crucially, not the Birmingham...
© LitHub
Back to top