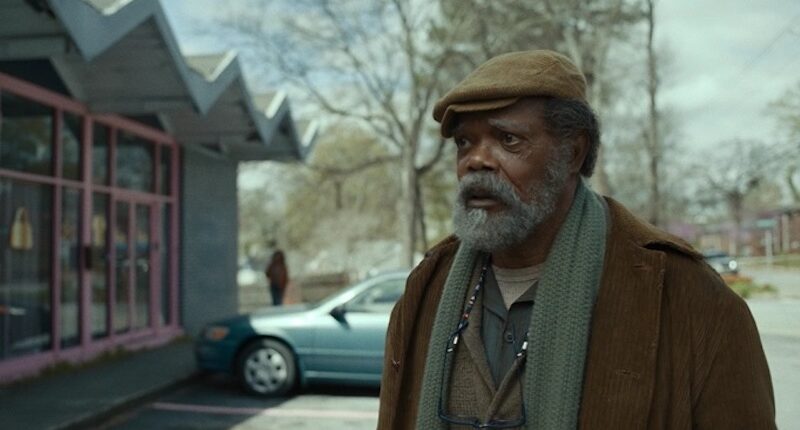 In The Last Days of Ptolemy Grey, the new Apple TV+ series based on the pseudo-detective novel by Walter Mosley, there is no greater mystery than the human mind. Our hero is Ptolemy Grey (a grizzled Samuel L. Jackson), an affable nonagenarian suffering from dementia, unable to function without assistance from his great-nephew Reggie (Omar Benson Miller). Reggie takes him to the bank and the doctor and out to lunch on his frequent visits, but mostly Ptolemy is alone all day, sitting in a rusty lawn chair in an Atlanta apartment clogged with random paraphernalia and dusty furniture, with plumbing that doesn’t work, countertops that are covered in garbage, and cabinets that are swarming with roaches.

A map of photos on the wall helps him remember which family member is which when they come to check on him, which is important because he’s nervous to let anyone inside his home. His daily life is a haze, occasionally barraged with confusing stimuli. Knocks on the door scare him since he has previously been robbed and threatened by a woman in the neighborhood, although he is not sure why. And all day long, he is transported via mysterious flashbacks from his life—memories that haunt him but have been separated from context. He hallucinates ghosts—a childhood guardian, his deceased wife—who warn him about things that don’t make much sense. He is presented to us, immediately, as a man clinging to the story of his life.

Dementia, in Ptolemy Grey, is handled delicately. It is, obviously, a powerful shrinker of the self—a debilitating and tragic condition, and with the series’ first few breaths it deftly represents the pain of finding oneself fading. But interestingly, dementia is depicted just as much in terms of absence as presence: what it leaves behind. Ptolemy’s mind has become a trail of clues. As he declines, he holds tight to what is most important to him, including, evidently, the key to a hidden treasure he has been guarding since he was a boy (played by the adorable Percy Daggs IV).

It is difficult to represent dementia onscreen—not only because the subjectivity of the actual experience is lost to whomever experiences it, but also because, for something so natural, it is so unnatural to behold. Many films represent the frustration and struggles of those who realize they are starting to experience decline, but Ptolemy Grey focuses on rituals and routines, the everyday experiences rather than the dramatic existential crises posed by the disease. It burrows into the details about what literally living with dementia truly means, and this quotidian emphasis prevents the overwhelming sadness of the situation from clouding our getting to know the character. We see Ptolemy’s family balk at his lapses and fogginess, noting that he is not the man he once was—but his audience is tasked with getting to know him as he is now.

When his beloved nephew Reggie suddenly stops coming, Ptolemy decides he is going to figure out what has happened. He only has fragments from their interactions: information gathered about his nephew while already in a compromised state. But he receives a chance to try to solve these mysteries, too, when a resilient young woman named Robyn (the incredible Dominique Fishback) becomes his caretaker. Robyn is a family friend, orphaned and without a place to stay after Ptolemy’s niece decides she no longer can give her a home (through no fault of Robyn’s own). But Robyn has taken a liking to the old man and decides to move in with him—helping to clean out the cobwebs and junk in his apartment, before she winds up doing the same thing with his mind.

Robyn takes him to a doctor’s appointment that Reggie had previously made, with a doctor (Walton Goggins) conducting a revolutionary study that temporarily reduces Alzheimer’s symptoms. That Ptolemy winds up participating in the trial and finding his mind returning to lucidity is not the series’ inciting incident—it’s a development in a story that is already about the relationship a man has with his own past self. But now, instead of merely being a guard for his memories, Ptolemy can finally begin to use them.

What unfolds is an intricate, elegiac detective story that takes Ptolemy through his present just as much as his past, unfurling a rich tapestry of nearly a century’s worth of memories of Black life in the South, from his childhood growing up in an impoverished community of sharecroppers, to an adulthood spent building a life, a community, and a family in 20th century Atlanta. Despite its glint of science-fiction, rather like the geocentric planetary arrangement proposed by his namesake in the second century, the story swirls firmly around earthly matters. If Ptolemy is a master of space-time transcendence, it is in service of restoring dignity to human life, honoring relationships and connections before they fade away.

This series is clearly a passion project for Jackson, who produced it along with his wife, LaTanya Richardson Jackson, and his performance at its helm is nothing short of glorious. He more than succeeds at building a coherent character throughout all his ages and states—a vivacious, dogged, clever man throughout it all, underneath it all—and he moves through Ptolemy’s transitions with unbelievable believability, transforming before the camera from one era of man into another. It is the role of a lifetime, in more ways than one. Jackson is one of cinema’s most charismatic, captivating actors, and his Ptolemy is sure to be remembered as a kind of wizened wizard, a paper-doll-chain of a character, just as clearly identifiable in all the iterations as they’re fanned out as when they are all folded together.

Although the mysteries propelling Ptolemy Grey are compelling, the series shines in building the friendship between its two central characters: Ptolemy and Robyn, two adrift souls brought into meaningful, focused orbit around one another. Fishback, as Robyn, is equally as magnetic: a force of love and care underneath an exasperated exterior that she, too, also sheds in graceful increments as she embarks on Ptolemy’s journey of self-(re)discovery.

The series, which unfolds in six hour-long episodes, is a heart-rending and cathartic experience—it’s not every day someone gets to unlock truths about others’ lives, let alone their own. Ptolemy Grey offers its hero a chance to unknot, to declutter, to elucidate his legacy—reaching out of his own mind for the last time to illuminate the kind of man he has always been. 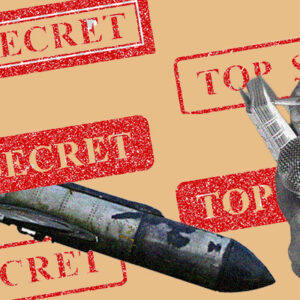 Literature and espionage have long had a close relationship, from writers who were spies, such as John le Carré, to the CIA’s...
© LitHub
Back to top