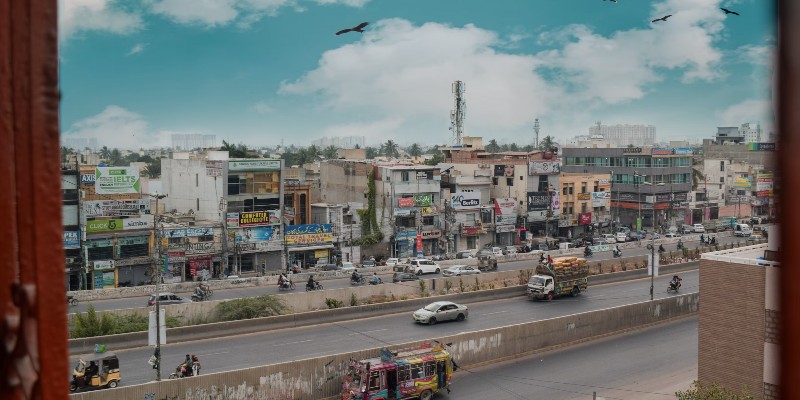 Pakistan's most populated city has a big tradition of books that explore crime and corruption.

Welcome to Karachi – Pakistan’s most populous city with more than twenty million people living crammed together on the coast of the Arabian Sea. Karachi has gone from being known as the “City of Lights” in the 1960s and 1970s for its vibrant nightlife before ethnic and political conflict in the 1980s partly spurred by the Afghan-Soviet War in neighbouring Afghanistan. Karachi has suffered from high rates of violent crime which, when spiking, have been met by harsh police and security forces crackdowns. And they seem to work – Karachi dropped from being ranked the world’s sixth-most dangerous city for crime in 2014, to 128th by 2022. So let’s dig down into the city’s underbelly.

Editor of the New Humanist magazine and British journalist Samira Shackle’s Karachi Vice: Life and Death in a Contested City (2022) won the inaugural Portobello Prize. A non-fiction insider exploration of her mother’s home city, Karachi Vice paints a vivid, vibrant and often violent portrait of Karachi over the past decade and the shocking rise in crime and its hard-core suppression as noted above. Added to that the book covers the period when the Taliban arrived in Karachi, adding to the daily crime rate and danger level. There really is no better starting place for understanding Karachi from the bottom up, both the lavish wealth and absolute poverty as well as the politics and extremism that lurks in the city.

The big name in Karachi crime writing is Omar Shahid Hamid, a still serving police officer of the Pakistani Police Service. During the gang wars of the earlier 2000s Hamid served in Karachi’s dangerous Lyari district – a major front line in the war to try and control the city’s spiralling crime rate. He has also served in Pakistan’s Intelligence Bureau (which earned him a high ranking on a Taliban hit list) and in the Sindh (the Pakistani state of which Karachi is the capital) Police’s Counter Terrorism Department. He is also the son of Shahid Hamid, an influential man in Karachi, who was assassinated in 1997. His father’s killer, a member of the Muttahida Qaumi Movement, was convicted, sentenced to death, and was hanged in Balochistan’s Machh jail in 2015. Then, on holiday one year, Omar Shahid Hamid decided to start writing a novel.

The Prisoner (2013), Hamid’s first book, was a sensation in Pakistan, a ‘ripped from the headlines’ tale of an American journalist kidnapped in Karachi just before the American president is due to visit. Those responsible have promised to execute him on Christmas Day. Constantine D’Souza, a Christian police officer, must get his former colleague Akbar Khan, a rogue cop imprisoned for a crime he didn’t commit, to help track down the journalist. This hunt takes the reader through the back streets and districts of Karachi and highlights rampant police corruption, the priorities of the Pakistani Intelligence Agencies, and the city’s criminal gangs with links to extremism.

Hamid’s follow up, The Spinner’s Tale (2015) won the Karachi Literature Festival’s fiction prize in 2017. The story follows a Pakistani jihadi militant and his one-time best friend Eddy. Their shared passion for cricket and nostalgia for their school days bind them together even as they take very different paths in life. In The Party Worker (2017) Hamid introduces a cast that includes a burnt-out New York cop; an eighty-year-old Parsi sitting in a decaying Karachi mansion; a hitman whose days are numbered and a journalist who dreams of the big time. When a Jewish woman is killed on the steps of the Natural History Museum in New York, these disparate lives are thrown together as they all link to the “Don”, the uncrowned criminal king of Karachi.

Hamid’s most recent book, Betrayal (2001), brings back Constantine D’Souza from The Prisoner in a contemporary political thriller with a spy revealed in Pakistan’s National Security Agency. D’Souza, forgotten by the hierarchy and his career on the rocks is brought back to Karachi to find the leak.

There are any number of thrillers and crime stories that highlight, and sometimes rather exploit, the antagonisms between Pakistan and neighbouring India. Some of these are trashy, some even quite dangerous in their extremism. Among the better titles is Shatrujeet Nath’s The Karachi Deception (2013). Nath is better known as a fantasy writer, notably the Vikramaditya series. Based in Mumbai, India Nath, a business journalist too, follows an elite group of Indian commandos tasked with entering Pakistan and eliminating the underworld “don”, or kingpin, Irshad Dilawar. But it seems that Dilawar is always one step ahead of them and perhaps has a mole in the Inter-Services Intelligence agency, the premier intelligence agency of Pakistan.

Karachi is a city that has given birth to quite a few seriously wild criminal legends. Gurchettan “Chet” Sandhu is one of the most extraordinary. Chet, originally from Newcastle in England, was an actor and musician who found more success in life as a drug smuggler. His schemes to bring drugs and banned steroids from Pakistan to the UK earned him the nickname ‘The King of Karachi’. Chet was in and out of prison in both the UK and Spain, where he was incarcerated in the country’s most violent prison. He swore he would reform but fell of the wagon and was charged with more crimes involving prostitution and blackmailing. Trying to reform himself again he wrote his own autobiography – From King of Karachi to Lockdown in the Costa Del Crime: Meet the International Smuggler Who Dominated Europe’s Worst Prison (2017). But his attempted reform-through-literature didn’t take and Interpol caught him smuggling drugs from Karachi and arrested him arriving at Spain’s Alicante airport. Since then he’s had a second crack at biography publishing Self-Made, Dues Paid: An Asian Kid Who Became an International Drug-Smuggling Gangster (2022).

And finally, something distinctly original from Karachi – Saba Imtiaz’s Karachi, You’re Killing Me! (2014). How best to describe the novel? A Karachi Bridget Jones some have said, though with a gun on the cover and a trawl through the more bizarre sides of Karachi. Imtiaz is a freelance journalist based in Pakistan whose work has appeared in The New York Times and the Guardian. In the novel Ayesha is a twenty-something reporter in Karachi faced with jumping from terrorist attacks to interviewing couture-cupcake designers while she tries to meet a decent guy. In between dicing with death and absurdity, Ayesha despairs over the likelihood of ever meeting a nice guy, someone like her old friend Saad, whose shoulder she cries on after every romantic misadventure. Karachi, You’re Killing Me! Is a great introduction to so many of the city’s ‘types’ from the press to the spoilt offspring of the Karachi elite who are just bored. And all set against the city’s chronic and regular power outages. 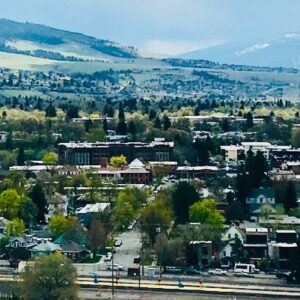 Emotions ran high in the university town of Missoula, Montana, on April 12, 2010. Police termed it “a night of chaos,”...
© LitHub
Back to top