For my money there isn’t a better contemporary crime writer in England at the moment than Joseph Knox. And Knox writes about Manchester, England’s “second city.” Knox’s Detective Aidan Waits prowls the night patrol across a city that is a dark, neo-Victorian, post-industrial wasteland of a metropolis. Knox is now an established author in what you might call the UK’s genre of “Northern Noir,” along with other northern English writers such as David Peace, A.A. Dhand, Liz Mistry, Sophie Hannah, and others. Most grew up in northern England and still live there, based across the region. But Knox is all Manchester—massive soulless nightclubs, deserted Victorian hotels just waiting to be refurbished into smart offices, air-conditioned (yes, air-conditioned in Manchester!) shiny new apartment blocks and luxury lofts. A city of techno, designer drugs, late night wanderings and vodka fueled rages. Sirens (2017), Aidan Waits’ first outing, hammered the world of municipal northern politics, teenage runaways and a copper who’s got one foot in court and the other in the gutter. His follow up, The Smiling Man (2018 in the UK, it will be published next year in the US), is set in a stifling hot Manchester summer of nights that never cool off, strong and super-addictive synthetic cannabinoids (“Spice” in British slang) and an unidentifiable corpse. Here Waits enters Manchester’s Chinatown late at night:

It was an easy place to get a fix and the walking dead seemed to shuffle by on every street, dissolving in and out of reality. A recession was like boom time for the drugs trade, with people looking for new methods of escape as conventional ones evaporated. Spice was the current favourite. We were seeing 18, 19, 20-year olds having shaking fits, psychotic episodes and heart attacks. They called it the rattle.

Knox has rightly been getting buckets of praise from the British crime-writing cognoscenti and deserves to be read by a wider international audience. Consider Knox’s description of Waits arriving at a Manchester nightclub, The Inn, on a hot summer night:

Although the day was failing, the heat hung motionless in the air, and the warmth still hummed underfoot…I walked…through failed estates and problem blocks, where hooded kids shouted at me and bass-driven music poured out of the windows into the streets. The Inn…scuffed, industrial sheet metal covered the ground-floor windows, and the sign was falling off the wall one letter at a time. The dirty off-white façade had come away from the building itself in places, exposing the no-nonsense cinder blocks underneath. It was a dilapidated roadhouse, rendered obsolete by newer motorways, and starved to death by one recession that looked like it was going back for seconds.

If Joseph Knox is the new star of Manchester crime writing then Scottish-born, but north of England resident, Val McDermid is the long established interpreter of the city’s underbelly. McDermid is a prolific writer of crime series (including her characters Lindsay Gordon and Karen Pirie, both of whom are set in Scotland) and a maven within the UK crime writing world offering encouragement to younger writers as well as a co-founder of the annual Harrogate Crime Writing Festival. McDermid worked in Manchester as a journalist on the Sunday People newspaper, a beat that included covering the horrific “Yorkshire Ripper” serial killings and the aftermath of the Manchester Moors Murders series of child killings, two of Britain’s most notorious and horrific serial killer cases.

McDermid’s Kate Brannigan series (beginning in 1992 with Dead Beat and running through six subsequent books) features a wisecracking private eye in Manchester. McDermid was trying to write her way successfully out of the slog of newspaper work and attempting to see if the hardboiled American-style P.I. novel could work in a British setting. It has been suggested many times that Manchester is perhaps the most American of British cities (comparisons with Chicago and Detroit are regularly made—industrial Victorian-era cities, now post-industrial, sprawling, multiracial, large housing projects—not capital cities, but with their own distinctive cultural scenes). So, McDermid figured, a P.I. novel is well suited to the streets of tough districts like Moss Side, Salford and Hulme. She was right. In the 1990s, when McDermid was writing the Kate Brannigan series, violent turf wars among Manchester’s drug gangs led to the city being nicknamed “Gunchester.”

However, it is the slightly later Tony Hill and Carol Jordan series (adapted for UK TV as Wire in the Blood and running for six seasons) that is McDermid’s best known north of England series. Eccentric clinical psychologist Tony Hill works with Detective Chief Inspector Carol Jordan as a profiler in the fictional English city of Bradfield (a sort of melange of various northern towns, including Manchester). Their relationship is as complex as the crimes they attempt to solve. The series began with The Mermaids Singing (1995) and now encompasses ten books, with the most recent, Insidious Intent, published just last year. McDermid has said she wanted to write about the phenomenon of serial killers, but that PI’s just don’t solve serial killer cases, as they require the efforts of the professional police and profilers. The series has been amazingly popular both on the page and the screen.

Manchester-based TV series Scott and Bailey was created specifically for television by north of England TV writer Sally Wainwright. The show, which ran for five seasons and got consistently high ratings in the UK, featured Manchester Metropolitan Police’s slightly troubled and wild D.C. Rachel Bailey partnered with the more straight-laced and family-centered D.C. Janet Scott. Subsequently Manchester-based crime writer Cath Staincliffe wrote a series of prequels to the TV series featuring the two female detectives starting with Dead To Me (2012) and carrying on across several more books. Staincliffe has also written a number of standalone novels that feature Manchester. The Silence Between Breaths (2016) is set aboard the passengers boarding the 10:35 AM train from Manchester Piccadilly station to London. Among the various random travelers is a young man with a rucksack intent on committing an act of terrorism. Staincliffe’s most recent novel, The Girl in the Green Dress (2017) is also a crime novel dealing with contemporary issues, in this case transphobic hate crime and a mother’s fight to find her missing child.

Finally, a mention for Sophie Hannah, a Manchester born and bred poet and writer of popular children’s books as well as psychological crime thrillers. Her D.S. Charlie Zailer and D.C. Simon Waterhouse series are set in a fictional location, Culver Valley (which is supposedly in the north of England), so as not to play into perceived notions readers may have of Manchester, or other northern towns and cities for that matter. The Waterhouse and Zailer series began with Little Face (2006) and runs right through to the tenth in the series, The Narrow Bed (2016).

At the Emirates Airline Festival of Literature in Dubai a few years ago Hannah (who is now writing the Hercule Poirot franchise novels) commented that: “In the UK, people are obsessed with attaching ideas about what kind of people live in a certain place.” That’s certainly been true for Manchester—it’s tricky to find a Manchester-set crime novel that isn’t gritty and noir; drugs, gangs and troubled teens proliferate. The city’s image in fiction is one of dilapidated housing estates controlled by corrupt local politicians and rapacious property developers. A Crime and the City feature on Manchester cozies would be rather short! Of course Manchester’s a tough town: always has been; probably always will be; and it’s unlikely its crime fiction is going to soften anytime soon. 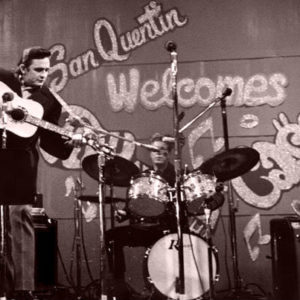 My London-based detective, Tom Thorne, is a fan of country music because I am. Simple as that. With so many other things...
© LitHub
Back to top