Crime and the City: Saigon

In the long shadow of Graham Greene's The Quiet American, a city's crime fiction scene thrives.

Saigon, Vietnam. Now, of course, officially Ho Chi Minh City. The Party officials like the Ho Chi Minh City, or HCMC, tag; most locals stick with the old Saigon. It’s not the capital of Vietnam, but it is the most culturally vibrant, one of Asia’s most frenetic cities and home to thirteen million people.

It’s impossible to start any trawl through the crime fiction of Saigon without starting with Graham Greene’s The Quiet American (1955). Cynical old British hack Thomas Fowler reports on the breakdown of French colonialism in Vietnam and early American involvement in what would become the Vietnam War. Along comes zealous American CIA agent named Alden Pyle, who embarks on a relationship with Phuong, a young Vietnamese woman and Fowler’s mistress. Greene was reporting on the end of French Indo-China for the London Times and France’s Le Figaro in the early 1950s He was inspired to write The Quiet American while driving back to Saigon from Ben Tre province in the company of an American aid worker who lectured him about Vietnam’s future.

Greene’s Saigon sojourn saw him experience the last of the expat world of the city. The rue Catinat (now Duong Dong Khoi) in Saigon’s District 1 is home to the Direction de la Police et de la Sûreté, where Inspector Vigot, the French detective responsible for investigating the death of Alden Pyle, has his office. Close by is the iconic Continental Hotel where Greene stayed and his creation Thomas Fowler drinks on the famous terrace.

Greene casts a long shadow, but others have also set their murder tales in Saigon…

Saigon (1964) is the sixth novel in the long-running Nick Carter-Killmaster series of spy novels—totaling 261 books in all between 1964 and 1990! Carter is an American secret agent, code-named N-3, with the rank of Killmaster. He works for AXE, a secret arm of the US intelligence services. All so much baloney, but often quite fun and often set in exotic locations. Most were authored under pseudonyms though Saigon was written by Michael Avallone, who wrote a lot of crime pulps (officially 233 books, though he claimed a thousand) and set many of them in Asian locations (including The China Doll set in Beijing and Shanghai, also in 1964). Being the sixties, it’s just shy of America’s Vietnam War and is a tale of a French intelligence officer battling Chinese communist spies. Nick Carter naturally turns up in Saigon to sort it all out.

For obvious reasons Saigon crime took a backseat during the long Vietnam War into the mid-1970s, and then the decade or so afterwards when the country was effectively closed to outsiders. In the mid-1980s, and with a glance towards China’s own experiments, communist Vietnam instituted the Doi Moi (or Renovation) policy of economic reforms. The country, slowly at first, was opening up again. And the crime writers once more took an interest.

Lucy Cruickshanks’s The Trader of Saigon (2013) is set in the newly freewheeling chaos and corruption of 1980s Vietnam as three seemingly unconnected lives are brought together by greed, fear and hope. A US Army deserter, a rural Vietnamese girl recently moved to the city, and a Vietnamese businessman of the new era selling rubies and trafficking women. Cruickshanks has said that the novel came about after she went traveling in Vietnam and found herself sitting beside a man on a flight who had made a fortune selling women.

Bangkok based crime novelist Christopher G. Moore pops up in these columns a lot when we visit Asian cities. His super successful and much translated Bangkok Private Eye Vincent Calvino series roams the region for locations—Thailand, Yangon, Phnom Penh and other places. In the fourth of the sixteen Calvino novels, Comfort Zone (1995), the PI finds himself hired by an ex-US special forces vet whose brother is mired in corruption and implicated in murder in both Saigon and Bangkok.

Gregory C. Randall introduced his Cleveland police detective Alex Poloni in Venice Black (2018), set in the famous Italian city during Carnevale amid crimes harking back to the fratricidal Balkan Wars. Poloni returns in Saigon Red (2019) where she finds that HCMC is certainly not anything like Ohio. Out of the police and working freelance, Alex’s first gig is bodyguard for the family of Nevio Lucchese, a wealthy Italian industrialist relocating to Saigon, a city where Alex has some bad family history.

Elka Ray’s Saigon Dark (2017) starts with a grief-stricken young mother switching her dead child for a Vietnamese street kid. Ten years later, thinking she’s in the clear, she receives a note: “I know what you did.” Born in the UK Elka Ray has spent the past fifteen years living in Vietnam and is also the author of What You Don’t Know: Ten Tales of Obsession, Mystery and Murder in Southeast Asia (2016). The tales range across Vietnam as well as Singapore, Sumatra, Bangkok, and Cambodia.

As with many locations in South East Asia (see Crime and the City Phnom Penh and Bangkok for instance) it’s tough finding local crime writers. I’d love to be able to recommend Thanh-Van Tran-Nhut, a Vietnamese engineer-turned-novelist who has written a series of detective novels set in the seventeenth century revolving around the traditions, beliefs and customs of what was then called Dai Viet. Unfortunately though, while in French, the books are not in English yet.

And maybe we’ll get lucky soon. Despite some obvious issues with censorship (totalitarian states are never keen on looking too closely at recent history of stories that feature political or police corruption) there are signs that local detective fiction is finding success in the Vietnamese market. Di Li (fully Nguyen Dieu Linh) is perhaps the best known Vietnamese crime writer. She published Trai Hoa Do (Red Flowers Camp) in 2009 and other novels since, most recently Cau Lac Bo So 7 (Club Number 7) in 2016. Both feature Detective Phan Dang Bach investigating strange cults, possible serial killers. So far in English we have only a short story selection from Di Li (and not all crime, but all about contemporary life in Vietnam) The Black Diamond (2013) published by The Gioi Publishers, Vietnam’s largest publishing house.

Still, these are early days for the revival of Vietnamese crime writing, which arguably goes back to the 1930s and the author The Lu, a poet and dramatist exposed to French crime writing in the colonial era.

Which leaves us time to consider the writers of the Vietnamese diaspora and their success—Viet Thanh Nguyen’s The Sympathiser (2015), Le Thi Diem Thuy’s The Gangster We Are All Looking For (2003), Nam Le’s collection The Boat (2008), and the translated novels of the dissident Vietnamese writer Duong Thu Huong (now based in Paris). Also included in this literary group should be Vietnamese-American writer Vu Tran whose debut novel Dragonfish (2015) was a contemporary noir tour-de-force. Born in Saigon, raised in Oklahoma, Vu Tran’s novel ranges from the Vietnamese underworld of Las Vegas to the refugee camp in Malaysia after the fall of Saigon, moving from the last days of the Vietnam War to contemporary America. 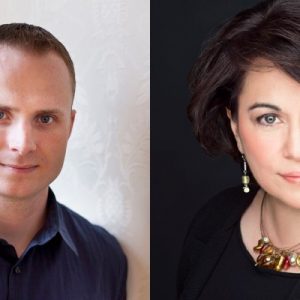 Michael Koryta is the NYT bestselling author of 15 novels. His work has been nominated for or won for the Los Angeles Times...
© LitHub
Back to top