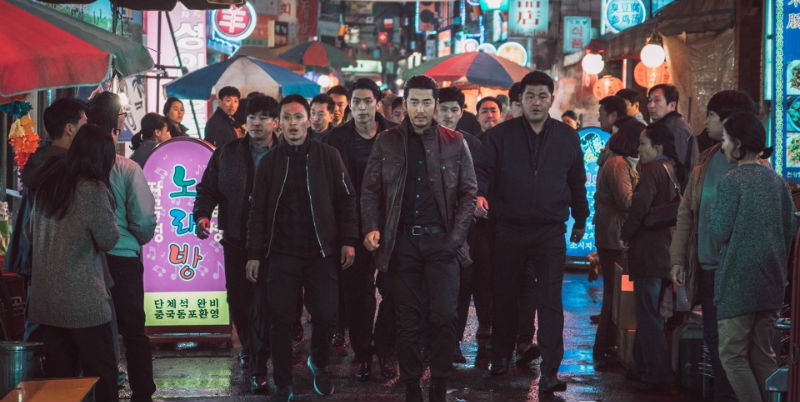 Korean Noir: Crime Fiction from the North and the South

In the name of peace and reunification athletes from North and South Korea marched into the stadium under a joint flag at this year’s Winter Olympics in Pyeongchang, South Korea. After a year of severe strains and tensions on the Korean peninsula between the North (DPRK) and the South (ROK) came a little thaw, a touch of rapprochement. And so, in the spirit of peace and reunification, this episode of Crime and the City celebrates crime writing on either side of the DMZ, in Seoul and in Pyongyang. It’s pretty hard to think of two other cities, once part of the same country, barely 120 miles apart, yet as different as Seoul and Pyongyang. But sixty-five years of separation since the end of the Korean War has led to two very different places. However, when we look at the crime fiction (available to us in English) concerning Seoul and Pyongyang it is that war between brothers, that division running like a scar across the country, the startling difference in development over the last half-century and more, that obsesses many writers.

To be honest there isn’t a long list of North Korean crime novels to recommend. We get less “samizdat” from the DPRK than we did even from Tirana or Bucharest in the bad old days. We know people are, as they have done in every repressive state in history, scribbling away quietly in secret. But the lockdown of the North is so seemingly total that we hear virtually nothing. The pseudonymous North Korean author Bandi managed to leak out a series of short stories from the DPRK, translated and then published as The Accusation. The collection was published in English in 2017, though the stories appear to be written from around 1989 into the 1990s during the transition of power in the DPRK from Kim Il-sung to his son Kim Jong-il. It has to be said that there is debate among North Korea “watchers” about whether Bandi’s stories are genuine, indeed whether Bandi even exists. Still, the stories do reveal small nuggets of information about certain crimes in the DPRK—petty theft, smuggling and, of course, corruption at all levels of the system. And that’s about it, from the North itself.

Pyongyang is a city of just under three million people. It’s one of the strangest cities on earth to visit, not just because it’s the capital of the world’s most secretive state, but also because it is unlike any other Asian city. The busy streets, the nonstop commerce, the traffic jams, pollution and general frenetic-ness of Asian cities from Shanghai to Jakarta, Tokyo to Ulaanbaatar, is missing in Pyongyang. It is a quiet, clean, sedate (and you might suggest eerily placid) city: regimented, ordered, groomed so outside eyes see nothing to criticize. It is a city of surface and what lies beneath that outward calm, the lives of its inhabitants, the underbelly (for every city must have one) is the biggest mystery of all.

James Church is a pseudonym for a supposed former CIA operative who specialized in North Korea. Church has written six novels featuring the enigmatic Inspector O of the Pyongyang police. The novels capture the shifting sands of the repressive state that mean nobody ever really knows quite how secure their lives are and who’s watching you, when and why. What critics have described as the “suffocating” world of North Korea, the constant surveillance, the behind-the-scenes jockeying for power, the supposed constant threats to the regime, are the core of Inspector O’s world. Like his Soviet counterpart, Martin Cruz Smith’s Chief Inspector Arkady Renko (Gorky Park etc.), the question of whether a crime can ever simply be just a criminal act or is always a case of subversion, political opposition, the work of foreign-imperialist inspired dissidents, is a constant. The Pyongyang elite believes it has eliminated “capitalist crime” in its own socialist paradise so all murder must be political in motive, sponsored by outside forces bent on the DPRK’s destruction. A Corpse in the Koryo (2006) is the first, and perhaps still the best, of the Inspector O novels. You may never get to visit Pyongyang and, even if you do, you’ll only see what the regime wants you to see, but Church’s first novel convincingly immerses you in this most opaque of societies.

Head south, across the DMZ, and crime is something quite different…

Seoul: capital city of the Republic of Korea, South Korea, the world’s tenth largest economy. Seoul: the world’s sixteenth largest city, home to 51.5 million people, almost half the South Korean population. Seoul: a city under Japanese occupation for thirty-five years, a city razed to the ground during the Korean War, a city just over thirty miles from the DMZ and the border with North Korea. To say Seoul is a city that sits on the edge is an understatement. The city lives daily with the threat of renewed civil war and now nuclear destruction. The United States still maintains 28,500 soldiers, sailors, airmen and Marines in South Korea, the vast majority in or around Seoul. Stand at a high point in Seoul—the top of the Lotte World Tower or the Samsung Tower Palace and you see clearly that the city sits in a giant valley, surrounded by mountains and with one mountain at the centre of the city, Namsan, topped by the iconic Namsan Tower. Down below the streets are myriad; it’s a city where getting your bearings takes time, working out one district from another is confusing. Even long-term foreign residents of Seoul will tell you that there is a sense of another life lived in this city, below the surface, obscured and hidden from easy view. That’s the world where we find the inspiration for much of the city’s crime writing.

If you want a sense of local crime in Seoul then it’s perhaps the cinema and not books that provide the best window. South Korea’s movie industry churns out gangster flicks that equal any Hong Kong triad or Japanese yakuza movie. As far as Seoul crime novels go the English language reader suffers from his biggest enemy: lack of translation. However, we are lucky to have Kyung-sook Shin’s Please Look After Mother (or “Mom” in the American edition), which was originally published in 2008 in Korean. Shin’s novel is a mystery regarding sixty-nine-year-old So-nyo’s separation from her husband among the crowds of the Seoul subway station and her family’s desperate search to find her. It is also revealing about a side of contemporary Seoul life: that people are so busy with their own lives they forget the older generation and their extended families. The book sold a million copies in less than a year in Korea and won the 2011 Man Asia Literary Prize.

The recent history and later post-war division of Korea is something of an obsession for many South Korean writers. Jung-Myung Lee’s novel The Investigation (2012 in Korean) is set in Tokyo’s Fukuoka Prison in 1944 as the war is turning against Japan. A seemingly brutal Japanese prison guard, Sugiyama, is murdered and the main suspects are the prison’s contingent of Korean freedom fighters dedicated to reclaiming their country from Japanese colonial rule. The story of the last months of Sugiyama’s life is retold through the conversations between Watanabe Yuichi, a young guard ordered to investigate the murder and the chief suspect, Yun Dong-ju, a prisoner but also a talented Korean poet. JM Lee is one of South Korea’s most prolific and best selling historical novelists. His The Boy Who Escaped Paradise (published 2016 in Korean) has also been translated and recently published. The dead body of a North Korean defector is found in New York with symbols and formulas etched into his corpse. Another North Korean defector, Gil-mo, a specialist in such symbols, is arrested. To discover whether Gil-mo committed the crime the CIA must delve back into his past in North Korea before he fled to the United States.

Kim Young-Ha’s Your Republic is Calling You (2006) was the fourth novel from the leading contemporary Korean writer. An ordinary Seoul working man, a foreign movie importer, with an apparently loving family one day receives the order to return. He is in fact a long-term North Korean plant—gathering intelligence on South Korean society to help train North Korean infiltrators. He believes Pyongyang has forgotten about him and he lives his day-to-day life of fast-food lunches in the mall, grocery shopping in supermarkets, date nights at the cinema, until the order to return north comes. Will he go? Why, after all this time, has Pyongyang suddenly summoned him? What will happen to his unsuspecting family if he ignores the order?

Let’s finish with a series of novels that reveal another side of Seoul life, the presence of roughly thirty thousand US soldiers, dependents and army contractors in the city and surrounding country. Martin Limón’s popular George Sueno and Ernie Bascom books following the two US military police officers through the bars, brothels, slum shacks and army barracks of 1960s and 1970s Seoul. Limón was a twenty-year vet of the US army, including a decade stationed in Korea, before he became a full-time novelist. The series, starting with Jade Lady Burning (1992) and running through a total of twelve investigations, now covers just about every nefarious element of GI life — dead prostitutes in the Itaewon bar district; local gangsters who dislike GIs enough to slit their throats; AWOL soldiers and possible defections to the North. Sueno and Bascom usually get their man, but it takes a few fights, plenty of stiff drinks and an aborted love affair or three to get there.

The US Army is still in South Korea, Kim Jong-un controls the DPRK with an iron fist, the DMZ remains a major tripwire that could start a renewed war on the peninsula—a war with a nuclear-armed North Korea. Expect North-South relations to remain the major theme of Korean crime writing for some time to come. 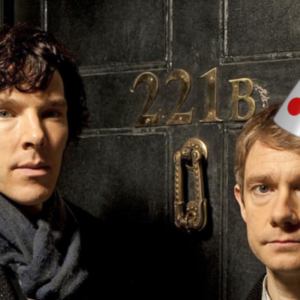 I’m standing in the lobby of the Yale Club surrounded by gleaming leather chairs and the ghosts of yesteryear’s alumni,...
© LitHub
Back to top