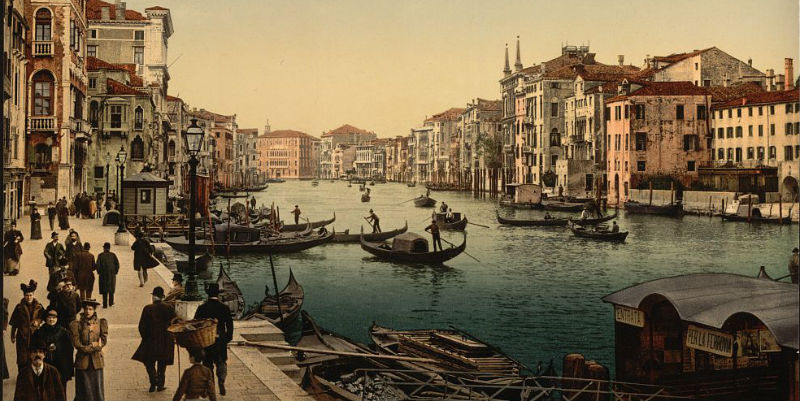 Venice—the City of Water, of Masks, of Bridges, of Canals. A beautiful city without doubt; a unique city. Truman Capote said: “Venice is like eating an entire box of chocolate liqueurs in one go”; a total overkill of the senses. And legendary crimes pervade the history of the city, too. Scholars still argue about whether Shylock is villain or victim in Shakespeare’s The Merchant of Venice (written sometime between 1596 and 1599). Either way when Shakespeare decided to put Shylock, Antonio and Portia in the lagoon city he really started something.

Old Venice is a popular theme for crime novels. Michael White’s The Venetian Detective (2016) transports us back to 1592 and a serial killer murdering the city’s prostitutes. Benet Brandreth’s The Spy of Venice (2016) has William Shakespeare himself despatched to Venice to foil a plot against England being hatched among the city’s elites. Laura Rahme goes even further back, to 1422, in The Mascherari (2014) where the Venetian Republic’s security council, the most feared Council of Ten, are stumped with a murder mystery and require the services of Esteban dell Valle, a formidable Dardi-trained sword master of Nubian and Catalan origins and the Florentine inquisitor, Antonio da Parma. Or perhaps Jim Williams’ Scerzo (2013) set in mid-eighteenth century Venice and featuring two unusual detectives — a castrato called Ludovico and a fraudster called Monsieur Arouet, who just might be Voltaire in disguise. It’s carnival; there are lots of pimps and prostitutes, Jesuits and Freemasons, secret codes and murders. As you can see ancient Venice-set mysteries and thrillers are not in short supply and could keep you in fetid back alleys, damp Palazzo basements, carnival revels and getaway gondolas for years. So perhaps recommendations are in order.

In my opinion, among the best of the ancient Venice thrillers are Gregory Dowling’s two Alvise Marangon Mysteries. The first, Ascension (2015), was set in 1749 where Alvise Maragon is working as a tour guide for English visitors on what became known as “The Grand Tour.” Someone is plotting the downfall of Venice; Alvise is recruited into the city-state’s spy service. The city’s salvation lies with Alvise. The spying tour guide returns in The Four Horsemen (2017) investigating secret societies, Ottoman conspiracies and, once again, the very existence of Venice is in peril.

Venice is seemingly a never changing city—the palazzos, churches, bridges and, of course, the canals and gondolas. But when change does come, it is often criminal. The fire that destroyed La Fenice opera house in 1996 was an act of arson. It was, if you believe the official investigation into the blaze that effectively destroyed the 1837 structure, two disgruntled electricians who were facing heavy fines for missing work deadlines. John Berendt’s The City of Falling Angels (2006) starts with that fire and the reactions of the residents of Venice interwoven with the most famous ex-pats who have made Venice their home over the years—Henry James, John Singer Sargent and, in disgrace after the war and his flirtations with fascism, Ezra Pound. Halfway through the restoration, just as Berendt (who was living in the city) was getting to the bottom of the first blaze another fire broke out. It is a book that gets under the skin of Venice to its myriad of vested interests, from the foreign funded Save Venice Foundation to the bureaucratic local government.

Donna Leon is an American in love with Venice (a lengthy and well established tradition). She began her long-lived Commissario Guido Brunetti series with Death at La Fenice in 1992 where a maestro is killed mid-opera. Throughout the series Brunetti must deal with his buffoonish boss Vice-Questore Patta, the Venetian bureaucracy and the city’s shadowy elites. Amazingly, we’re now on the twenty-sixth and twenty-seventh Brunetti case with Earthly Remains (2017) and The Temptation of Forgiveness (2018). Each Brunetti novel uncovers a different, and rather unsavory, aspect of Venice—smuggling, illegal immigrants, codes of silence, corrupt politicians, money laundering…. Brunetti isn’t about to retire yet. The series is phenomenally popular: 34 languages, millions of loyal readers, a spinoff Brunetti cookbook, a guide to Venice (the actually very good 2008 Brunetti’s Venice by Tony Sepeda) and a host of official Brunetti walks around Venice as well as a German TV series of the books (which could really do with a remake from Netflix).

While Guido Brunetti is Venice’s best-known fictional cop, probably the second best-known Venetian detective is Commissario Aurelio Zen (an almost uniquely Venetian surname, by the way). The anti-heroic Zen, created by Michael Dibdin, first appeared in 1989 in Ratking, but Venice-born Zen’s career was in Rome (so he’ll get a major investigation when Crime and the City finally deals with the Eternal City). Fans followed him through eleven books until End Games in 2007 — the year Dibdin himself died. However, Dead Lagoon (1994), the fourth book in the series, sees Zen return to his hometown to investigate the disappearance of an American millionaire in Venice. The BBC did film some of the books in 2011 for the TV series Zen. The show, starring Rufus Sewell, got very good reviews and won many fans, but the BBC cancelled it claiming that there were too many male crime-fighters on TV!

Contemporary Venice is often of course all about art and biennales. Art historian and novelist Iain Pears’ series featuring English art dealer Jonathan Argyll finds him in Venice regularly. Argyll works with the (fictitious) Italian Art Squad to find lost and stolen treasures. The series began with The Raphael Affair in 1991 but the second in the series The Titian Committee (1992) sees Argyll arrive in Venice to buy a painting right as a Marchesa’s entire and priceless collection is stolen. There are seven books in the Argyll series, all set in Italy.

Philip Gwynne Jones’s The Venetian Game (2017) features the English Honorary Consul to Venice (not a bad job you’d think!) Nathan Sutherland, who, rather unfortunately perhaps, has an office on the Street of the Assassins. Most of Consul Sutherland’s days are spent helping hapless Brits who’ve lost their passports or been pickpocketed. However, Nathan is drawn unwittingly into a dangerous case involving art theft. Sutherland is due to return next year in Vengeance in Venice, which starts with Prosecco, Bellini and chit-chat at the Biennale but soon descends into murder and long held grudges in the art world.

As ever I’ve saved one of the most accomplished books till last. Martin Cruz Smith is of course best known for his eight book Arkady Renko, Russian detective, series and his Roman Grey novels featuring a gypsy art dealer in America. Cruz Smith has also written some solid stand-alone novels too including, most recently, The Girl From Venice (2016), set at the end of World War II with Italy on the brink of defeat. Cruz Smith is known for atmosphere — some background reading and one trip to Moscow led to the amazing Gorky Park (1981). I don’t know how many trips to Venice he made but his descriptions of the fishermen of the outer lagoons are highly believable. Out there, on the fringes of the more familiar bridges and canals of Venice, live small fishing communities and among them can hide Italian Jews, long assimilated and successful in Venetian society but now outcasts. Cenzo, a fisherman, discovers one Jewish girl hiding. We then see the outward glamour of Mussolini’s fascist state through the eyes of Giorgio, Cenzo’s brother and a fascist film star, before revealing the internal rot of the now seriously depleted crony court of Il Duce. Cruz Smith takes us from Venice to the now-oft-forgotten northern Italian town of Salo, headquarters of the Nazi puppet state in 1945, that was all that remained of Il Duce’s crumbling empire as the Allies advanced.

The enduring point to The Girl From Venice is perhaps the same as every Venetian-set novel since The Merchant of Venice—venality, corruption and greed have repeatedly threatened the city-state as much as flooding but through it all Venice has endured and continues to endure. To all the other epithets listed above let’s add that Venice is a City of Endurance.

In Praise of Gross Crime Fiction 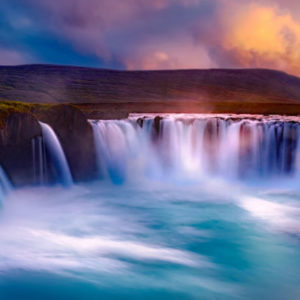 Iceland is a country with a very low crime rate compared to most places. On average two murders are committed here a year....
© LitHub
Back to top