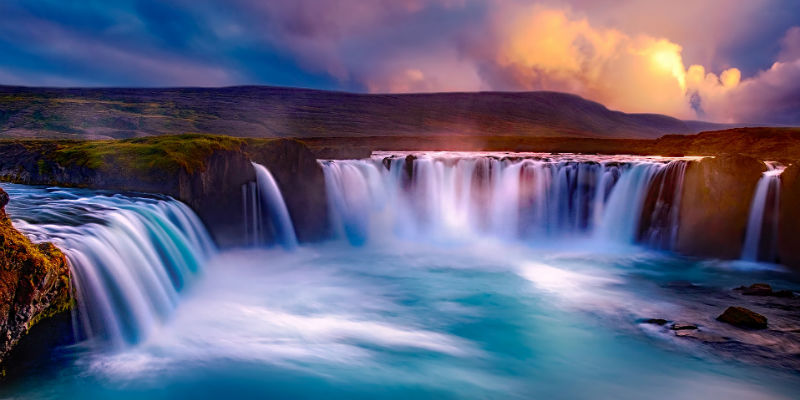 The Tranquil Island Nation That's a Bastion for Crime Fiction

Iceland is a country with a very low crime rate compared to most places. On average two murders are committed here a year. Occasionally we have three, and very seldom four. Some years we have none. To put things in perspective Iceland is home to a population of approximately 340,000 people. In comparison 4.9 murders are committed per 100,000 people in the US, which would translate to around 15 murders per year if this statistic applied to Iceland. We are nothing if not a pretty peaceful bunch.

There is one anomaly when it comes to Icelandic murders, however, namely the fact that more women are murdered here than men. Globally the opposite usually applies. In most part this relates to the fact that we do not have any large organized crime syndicates or gangs that tend to kill off each other’s members in turf wars or their own to keep order. I probably don’t need to add that gangs and crime syndicates are predominantly male. In addition, murders or killings here hardly ever occur in the process of committing another crime such as a robbery or burglary.

So this leaves us here with murders that are not crime related. Murders that are committed out of rage, hate, jealousy, stupidity or by accident. Such unpremeditated murders are often referred to as crimes of passion, but I personally dislike this reference. Make no mistake that murder is an ugly business and should not be linked to anything remotely noble or positive, such as passion. It is an unforgivable act as the victim cannot ever recuperate, irrespective of whatever regret the murderer may feel once he has regained his composure.

Unluckily for Icelandic women, they are more likely to bear the brunt of these murderous impulses. Luckily for the Icelandic police, most commonly the murderer and the victim know each other. A murder case is usually solved as soon as the police arrive on the scene, since the murderer will most likely be standing over the body, knife in hand and a facial expression of: “Oh God what have I done?”

Article continues after advertisement
A typical Icelandic murder is so simple, it would not even carry a short story.

Unluckily for Icelandic crime writers, there is no seeking inspiration from actual events. A typical Icelandic murder is so simple, it would not even carry a short story. This is possibly the reason why Icelandic publishers were at first reluctant to publish crime fiction by Icelandic authors. It wasn’t until Arnaldur Indriðason became a smash hit with the nation that they realized this could be done and done well. The thing is that a crime novel is fiction. It does not need to mirror actual events. It just needs to convince the reader that although this has not happened, it could happen—given the wrong people, in the wrong place, at the wrong time, and under the worst possible circumstances. This is achieved by making sure the characters, the setting, the landscape and the social setting are described in a realistic and credible manner. As an author you are provided one degree of freedom. Not two and certainly not three.

The Legacy is the first book in my new Children’s House series, featuring police detective Huldar and child psychologist Freyja. The series draws its name from an actual Icelandic institution that deals with traumatized children. I have long been intrigued by the facility, and I found it inspiring to write about, not only in its operation but also as a vehicle to explore the effect murder has on children exposed to trauma. Most murders here have an impact on one or more of the smallest and most innocent of our citizens, be it because they are related to the murder victim or the murderer. Thankfully Icelandic children are hardly ever the murder victims themselves. While writing this article I briefed through murders over the past twenty years and did not find a single murder where an Icelander killed a child.

But Iceland is not Eden. The children aided by the Children’s House are the victims of abuse, either physical or sexual. The concept behind this institution to provide all services needed under such sad circumstances in one single location, in a child friendly environment. Prior to its opening 20 years ago a child would need to make numerous visits to miscellaneous, official government venues to fulfil the legal process required. A child would need intrusive examination by doctors in a hospital, numerous trips to a police station to provide their account of the crime committed and if “lucky” the case would be prosecuted and the child would have to go before the court for questioning. All of these visits were found to add to the trauma experienced by the child, the younger the more terrifying the experience.

The Children’s House now provides a single point where all of the necessary but intrusive, official business in regards to the investigative and legal process can take place, as well as the healing in its aftermath. The environment is as child friendly as possible given the harsh circumstances. The facility is in a normal looking house that the child becomes familiar with instead of having to constantly visit rather off-putting and foreign places where they will be greeted by grownups in their formal capacity as policemen, doctors, nurses, judges, prosecutors, defense lawyers and so on. The absolute worst meeting of all was for the child to come face to face in the courtroom with the accused. With the Children’s House these meetings no longer take place. Instead of the child having to come to “the system”, “the system” must now come to the child.

The modification that came with the Children’s House regarding court proceedings is considered the most positive change involved in the operation. Instead of having the child appear before the court, they can make their statement and answer questions in a familiar environment. This is done through a CCTV system. Children sit with the child psychologists they have become familiar with, in a separate room and never have to see those in attendance. The judge, prosecutor, lawyers and the accused sit elsewhere and must convey their questions or comments through the psychologist, equipped with an inconspicuous ear piece. This removes any air of hostility that the child might otherwise imagine or pick up on.

Another positive (out of many), is the questioning method that the psychologists at the Children’s House use. It has been developed with the aim of obtaining truthful testimony by removing any inkling of suggestion that may otherwise be planted unwittingly into the child’s mind. The thing is that most children have an urge to please adults. Because of this they tend to reply with the answers they believe the grown up seeks. This is not deceitfulness or untruthfulness, they are simply more susceptible to influence when it comes to recollecting the past. But if questions are worded without giving anything away or providing clues or hints as to the expected answer, the child will either reply with his or her recollection or simply with “I don’t remember.” There will be no filling in the blanks aided by inadvertently guided wording. No seeds for false memories will be sown.

Crime novels set here provide the opportunity to explore how the Icelandic state uses its resources to advocate for victims as well as attempting to rehabilitate even the most hardened of criminals.

So despite the fact that the low murder rate and the nature of Icelandic murders set forth certain challenges for Icelandic crime writers, there are various interesting aspects related to the investigative and judicial process of such cases that provide fodder for intriguing stories. Crime novels set here provide the opportunity to explore how the Icelandic state uses its resources to advocate for victims as well as attempting to rehabilitate even the most hardened of criminals. Due to the low crime rate, Iceland can afford to focus much more on respecting victims and creating safe spaces for their treatment and testimony than countries where crime is high. Every attempt is made to lessen the blow for all involved and this has long since proven its merits.

Lastly, Icelandic sentencing is very different from that in the United States. Most murderers get a sentence of 16 years and a 20 year prison term is the highest sentence ever handed out for murder in modern times. Prisoners incarcerated for murder get paroled after serving 2/3’s of the sentence and prior to that there is a period of a few years where the prisoner is aided in various ways in getting ready to enter society again. This may sound odd to those living in a state where lifetime prison sentences are common, not to mention those living where executions are allowed. However, it works here in our small, relatively peaceful country.

But I am getting ahead of myself. Prison terms for murder in Iceland are the subject of the second book in the Freyja and Huldar series. Until that is out, readers can get familiar with the Children’s House in The Legacy. If you do so, I the author very much hope that you will enjoy it as much as the original readers here in Iceland.

Yrsa Sigurdardottir (pronounced UR-suh SIG-ur-dar-daughter) lives with her family in Reykjavík. She is a director of one of Iceland’s largest engineering firms. Her work is climbing bestseller lists all over the world, and films are currently in production for several of her books. Her latest book, The Absolution, is now available from Minotaur Books. 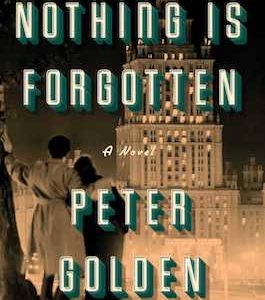 South Orange, New Jersey I was never too interested in my family’s history. My indifference wasn’t just the apathy...
© LitHub
Back to top