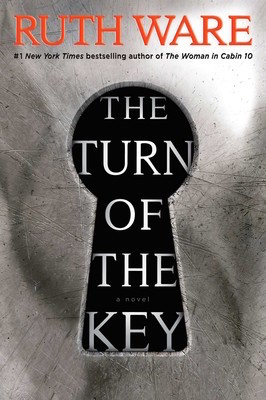 The following is an exclusive excerpt from The Turn of the Key, the latest thriller from Ruth Ware. Rowan Caine is stunned when, after a short stint as a nanny for the wealthy Elincourt family, she winds up in prison, charged with murdering one of the children she had cared for. But Rowan is innocent, and somehow she must clear her name and find the real killer—and figure out what the Elincourts have been hiding, all along.

I had known, on some level, I suppose, that the Elincourts were rich. I mean, they had a driver slash odd-job man, and they were offering fifty-five grand for a nanny position, so they must have had cash to spare, but it wasn’t until we reached Heatherbrae House that I began to realize quite how rich they were.

The knowledge gave me a strange feeling.

I don’t care about the money, I wanted to tell Jack as we stopped at a high steel gate, which swung slowly inwards, clearly sensing some sort of transmitter in the car. But it wasn’t completely true.

How much do Sandra and Bill make? I found myself wondering.

The Tesla was eerily silent as we drove up the long winding drive, the sound of the gravel beneath the wheels louder by far than the hushed electric engine.

“Jesus,” I muttered under my breath as we rounded yet another bend and still no house was in sight. Jack shot me a sideways look.

Land must be cheaper round here than down south, of course, but it couldn’t be that cheap. We bumped across a bridge over a quick-running burn, the waters dark with peat, and then drove through a cluster of pines. I thought I saw a flash of something scarlet through the trees and craned to look, but it was getting dark, and I wasn’t completely sure if I had imagined the movement.

At last we came out of the shelter of the trees and into a clearing, and I saw Heatherbrae House for the first time.

I had been expecting something ostentatious, a McMansion, maybe, or a sprawling log-built ranch. But that wasn’t what greeted me at all. The house in front of me was a modest Victorian lodge, foursquare, like a child’s drawing of a house, with a glossy black door in the center and windows on each side. It was not big but solidly built of granite blocks, with lush Virginia creeper rambling up one side of it, and I could not have put my finger on exactly why, but it exuded warmth and luxury and comfort.

Dusk had fallen, and as Jack turned off the engine of the Tesla and extinguished the headlights, the only illumination from all around was the stars, and the lamps from inside the house itself, shining out across the gravel. It looked like something from a sentimental illustration, those nostalgia-soaked twinkly photographs on the front of the jigsaws that my grandmother had loved.

Soft gray stone, lichened and weathered, golden lamps shining out through the clean rippled glass of the windows, overblown roses scattering their petals in the dusk—it was almost too perfect, unbearably perfect, in some strange way.

As I stepped out of the car and the cool evening air settled around me, pine-scented and sharp and clear as mineral water, I felt suddenly choked with longing for this life and all that it represented. The contrast with my own upbringing—the cheerless boxy suburbia of my parents’ 1950s identikit bungalow, every room except my own neat as a pin, yet all utterly devoid of any character or comfort—was almost too bitter to bear, and it was more to banish the thought than because I was ready to meet Sandra that I stepped forward into the shelter of the covered porch.

The door in front of me was traditional enough, paneled wood painted a rich glossy black, but something seemed wrong, missing, even. It took me a second to notice what it was. There was no keyhole.

Instantly something felt off-kilter. But what was it? The door in front of me was traditional enough, paneled wood painted a rich glossy black, but something seemed wrong, missing, even. It took me a second to notice what it was. There was no keyhole.

The realization was somehow unsettling. Such a small detail, and yet without it I was left wondering—was the door a fake? Should I go round the other side of the house?

There was no knocker either, and I looked over my shoulder, seeking Jack’s guidance as to how I should announce myself. But he was still inside the car, checking something on the big illuminated touch screen that served as the dashboard controls.

I turned back and put out my hand, ready to rap on the wood with my knuckles, but as I did so, something embedded in the wall to the left of the door caught my eye. A ghostly illuminated icon in the shape of a bell had appeared from nowhere, shining out of what had seemed to be solid stone, and I saw that what I had taken for simply part of the wall was actually a cleverly inlaid panel. I went to press it, but it must have been motion sensitive, for I had not even made contact when a chime sounded from inside the house.

I blinked, suddenly thinking of Jack’s comment in the car. Bill . . . well, you’ll see. He’s into technology. Was this what he had meant?

“Rowan! Hello!” The female voice seemed to come out of nowhere, and I jumped, looking around for a camera, a microphone, a grille to speak into. There was none. Or none that I could see.

“Yes! I’m just getting changed. I’ll be down in ten seconds. Sorry to keep you standing around.”

There was no click to tell me that a receiver had been replaced, or any other indication that the conversation was over, but the panel faded back to blank and I stood waiting, feeling curiously both watched and ignored.

Finally, after what felt like a long time but was probably less than thirty seconds, there was a sudden cacophony of barking and the front door opened. Two black Labradors shot out, followed by a slim honey-blond woman of perhaps forty, laughing and snatching ineffectually at their collars as they ran rings around her, yelping joyfully.

“Hero! Claude! Get back here!”

But the dogs paid no attention, leaping up at me as I took a couple of steps backwards. One of them shoved its nose into my crotch, painfully hard, and I found myself laughing nervously, trying to push its muzzle away, thinking of my one spare pair of tights in my bag and gritting my teeth in case the dog ripped the ones I was wearing. It jumped up at me again, and I sneezed, feeling an itching begin in the back of my skull. Shit. Had I brought my inhaler?

“Hero!” the woman said again. “Hero, stop it.” She stepped out of the shelter of the porch and towards me, holding out her hand. “You must be Rowan. Calm down, Hero, honestly!” She managed to clip the lead she was holding on to the dog’s collar and dragged it back beside her. “Sorry, sorry, she’s so friendly. Do you mind dogs?”

“Not at all,” I said, though it was only partly true. I didn’t mind dogs exactly, but they triggered my asthma if I didn’t take my antihistamines. Besides, asthma or no asthma, I didn’t want their noses shoved between my legs in a professional situation. I felt my chest tighten, though out here it couldn’t be anything other than psycho- somatic. “Good boy,” I said, with all the enthusiasm I could muster, patting it on the head.

“Good girl,” I amended half-heartedly. Hero licked my hand enthusiastically, and I stifled the impulse to wipe my palm on my skirt. Behind me I heard a door slam, followed by Jack’s feet crunching across the gravel, and it was with some relief that I watched the dogs turn their attention to him, woofing happily as he retrieved my case from the back of the car.

“Here’s your case, Rowan. Pleasure meeting you,” he said as he set it down beside me, and then, turning to Mrs. Elincourt, “I’ll be getting back to fixing the mower, if it’s all right, Sandra. Unless you need me for anything else?”

“What’s that?” Mrs. Elincourt said distractedly, and then she nodded. “Oh, the mower. Yes, please do. Can you get it working again?”

“I hope so. If not, I’ll call Aleckie Brown in the morning.”

“Thank you, Jack,” Sandra said, and shook her head as he walked away round the side of the building, his silhouette tall and square- shouldered against the evening sky. “Honestly, that man is such a treasure. I don’t know what we’d do without him. He and Jean have been absolute rocks—it’s what makes the whole nanny business all the more inexplicable.”

The whole nanny business. There it was then. The first reference to the odd fact that had been at the back of my mind all the way up here: four women had already walked out of this post.

In the initial flush of exultation I hadn’t really worried very much about that part of Sandra’s letter. In the context of getting an interview it hadn’t seemed very important, but as I reread the emails and travel instructions on the way up to Carn Bridge, I had stumbled over it again, and this time the remark had stuck out—its strangeness and faint absurdity. I had spent some time thinking about it during the long, boring hours on the train, turning her words over in my mind, torn between a desire to laugh and something more puzzled and uneasy.

…the legends of the house didn’t bother me at all; in fact the whole idea of nannies and servants driven out by mysterious spooky happenings seemed more than a little ridiculous—almost Victorian.

I didn’t believe in the supernatural—I should say that up front, Mr. Wrexham. And so the legends of the house didn’t bother me at all; in fact the whole idea of nannies and servants driven out by mysterious spooky happenings seemed more than a little ridiculous—almost Victorian.

But the fact was that four women had left the Elincourts’ employment in the last year. Having the bad luck to engage one nervous, superstitious employee seemed quite likely. Getting four in a row seemed . . . less so.

Which meant that there was a strong chance that something else was going on, and all sorts of possibilities had run through my mind on the long journey up to Scotland. I had been half expecting to find that Heatherbrae was a draughty ruin of a house, or that Mrs. Elincourt was a very difficult employer. So far, at least, that didn’t seem to be the case. But I was reserving judgment.

From The Turn of the Key by Ruth Ware. Used with the permission of the publisher, Gallery/Scout Press. Copyright © 2019 by Ruth Ware.

Counting Down the Greatest Crime Films of All-Time: #41 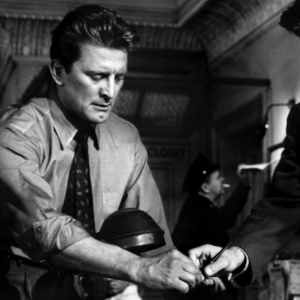