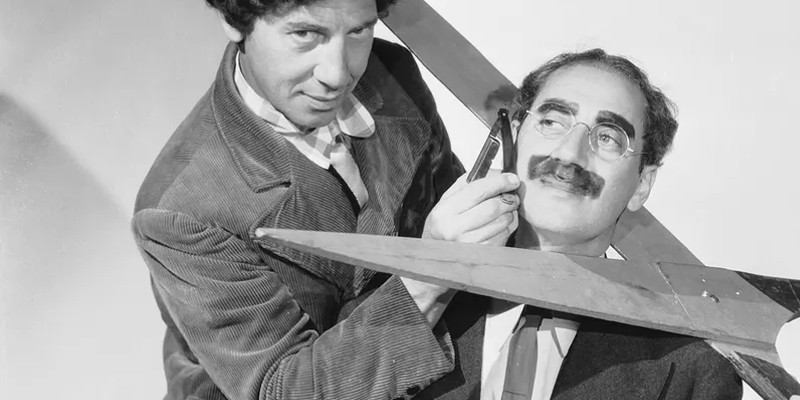 Lily Sparks on the deep affinity between two forms of storytelling.

Traditional wisdom says that horror and comedy are two sides of the same coin because they rely on surprise and subversion to evoke a visceral reaction—whether that reaction is the hyena-like laugh of a man witnessing an old woman fall down the stairs or his hyena-like screams as her zombified corpse rises to chase him through the streets.

But surprise is nowhere near as crucial to both genres as the marriage of outrage and realism. A good comedy or horror must take an outrageous premise and follow it through to its logical endpoint in a way that feels uncomfortably truthful to the reader (or viewer.) To be truly satisfying, comedy and horror must jettison all the devices that gloss and polish the uncomfortable and taboo. Not for any momentary surprise, but to tell an unbearable truth that other genres are almost designed to avoid. Conventional narrative is the height of ‘ought’, horror and comedy deal with what ‘is’.

Whether this truth is the unfortunate but probable consequences of a car breaking down beside a house filled with a psychotic family of chainsaw enthusiasts, or the ordeal of a flatulent man eating bean stew alongside a monastic brotherhood who’ve taken a vow of silence, the audience takes up a premise like a bet with the creator and dares the material to actually go through with it.

To the extent the material is truthful and specific, the more the horror or comedy will be elevated. Twenty years ago, the British Office was as painful to watch as Hostel because both built to wildly outrageous moments from uncomfortably recognizable premises. More recently, Nathan Fielder’s comedy The Rehearsal and the feature Hereditary take recognizable characters in familiar settings shot through with mundane detail, then wring those characters through the most high concept, mind-bending premises: the more outrageous the premise, the more unflinching the realism, the greater the dare to come and see.

Nowhere is this dare between audience and creator more vivid than in a book. A movie viewer can cover their eyes and return to the narrative stream with an uncomfortable moment excised (personally I’m more likely to do this while watching Stephan Merchant than Stephen King). But a book only exists in the moment a reader envisions it, so the game of brinksmanship has real stakes: if the author will follow the outrageous premise to its unbearable conclusion, does the reader have the nerve to follow them there?

Because comedy and horror exploit the same tensions, books that toggle well between them are a particularly rich experience.

Perhaps the most well-known example of this sub-genre I just sort of made up (Dark Funny? Dark Funny it is) is Bret Easton Ellis’ American Psycho, which bled cutting satire around 80s corporate and yuppie culture into scenes of the most graphic violence and furthered heightened the outrage by flattening all affect to mirror Bateman’s disassociation.

Another more recent entry is Things Have Gotten Worse Since We Last Spoke, by Eric LaRocca. By absolutely nailing the stilted tone of two strangers trying to buy and sell an antique baking gadget online, this novella gets us completely on the hook for their escalation into confiding, oversharing, dissolving boundaries and eventually descending into a full-on folie á deux of gross-out horror. If the dare of the premise is: imagine the worst thing you can think of that someone you’ve only met online could make you do in real life, LaRocca does not flinch crossing that finishing line.

As a lighter variation on the Dark Funny theme, I offer My Best Friend’s Exorcism. Even people to whom the 80s are more a concept than a memory can enjoy the familiarity of America’s Favorite Decade juxtaposed against a losing war with the Prince of Darkness. It happened in real life, after all, the Satanic Panic of the 80s may have vanished as a cultural concern but its fashions live forever in grainy clips of Phil Donahue. While the outrageous premise of exorcising the Devil Himself from a modern American teen plays out, the darker truth of the story is in our necessary submission to the unseen and immovable forces that exile us from our childhood state of innocence in the corrupted purgatory of “growing up.”

Finally, an arguable progenitor of the Dark Funny genre, if it hadn’t been published so recently, is The Cocktail Waitress by James M. McCain. That this first-person account by a much-younger wife of the deaths of her husband and lover is a bold-faced lie is established in the first pages: Joan Medford begins by recounting the funeral of her first husband, and how she immediately afterwards decided to go around the block offering to mow lawns for an honest wage until a kindly police officer pointed her in the direction of a seedy cocktail bar. From that point on the reader knows what the game is and is reading the double meaning behind all of Joan’s self-serving sob stories, but she and Cain will still play you. Joan’s sly excuses for her wildly inappropriate actions—she has to talk around of a lot of graphic evidence already known to the public—makes the story more evocative and lurid than if she confessed everything openly, and the ending still deeply disturbs me.

And that’s sort of the point. Some stories are designed to help us rise above hard truths, but Dark Funny strips them bare and dares us not to look away. Here you are, you naked mass of flesh and blood, piloted alternately by divine sparks or dubious vapors: is it funny, or terrifying? There is perhaps too much that is ludicrous and disturbing in our real lives to bear; but we can walk right up to the abyss with our fictional counterparts and laugh at our own daring. 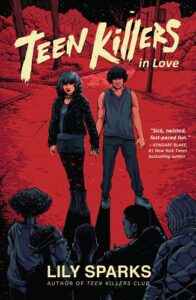 Lily Sparks grew up hiking, writing, and counseling summer camp in Norwalk, Connecticut. She went to UCLA for an art degree and ended up spending all her time writing. She's developed TV projects for MTV, FX, and Amazon and written for the CW's Reign and Paramount's Heathers. She now lives in Southern California with her husband Ryan, baby daughter Lovey Jane, and terrier Wolsey. 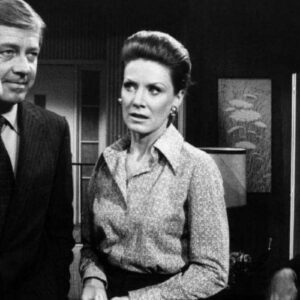