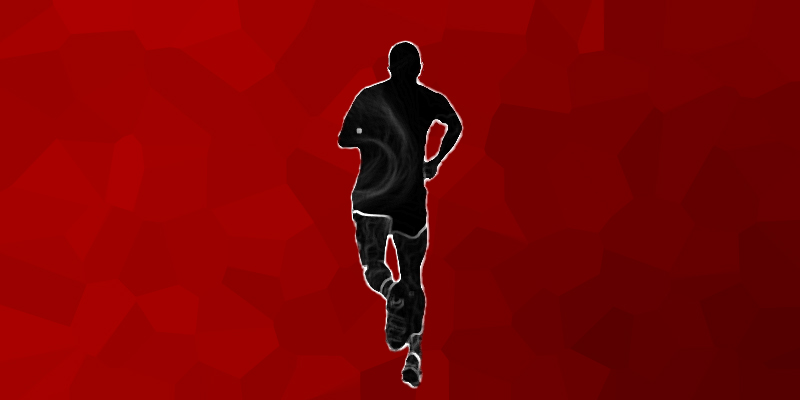 After a pivot to psychological thrillers, Abbott returns to his Sam Capra acton series.

Sometimes you need a break.

After writing the fifth Sam Capra novel—a series about a young single father and espionage operative who had his share of personal life crises over the course of the books—I was ready for a break. My next four novels were all standalone psychological thrillers, centered on suburban families dealing with dark, deep secrets that upended their perfect, Facebook-curated lives. And those novels didn’t touch on spies or intel or the high-octane action that marked the Sam Capra books. I kept wanting to go back to writing the next Sam but no idea seemed right for his world. And my publisher liked me writing standalones to help pull in new readers.

So I kept writing, and Sam existed in a limbo in the back corner of my brain. Other authors have taken breaks with characters. Not comparing myself to them, of course, but Arthur Conan Doyle killed off Holmes and then brought him back to life; Josephine Tey gave Inspector Alan Grant two long rests (from 1929-1936 and then again until 1948); John le Carré started off with espionage chief George Smiley in his first two novels in the early 1960s and gave him a break as a main protagonist until bringing him back in 1974, superbly, with Tinker, Tailor, Soldier, Spy.

A break can be good.

So five years passed. At the end of The First Order, the fifth Sam book, Sam had gone to work for a back-corner intel group where misfits (or those who had trouble with rules, such as Sam) ended up, doing the kinds of missions that could be more easily disavowed than if taken on by the traditional agencies and operatives. His son Daniel was a toddler, the center of his world, but not a character who could feature realistically in many scenes. Father and son were living in New Orleans, a quiet life when Sam wasn’t spying or fixing problems or stealing secrets.

But quiet lives don’t stay quiet, not in modern American stories, especially on television. This is our age of duality, where so many characters have a hidden life behind normalcy and comfort. The soft-spoken forensic expert in Dexter is a serial killer who hunts other killers.  The nice couple next door in The Americans who own a travel agency are highly trained KGB agents waging a dangerous, secret war on our soil. The kindly chemistry teacher in Breaking Bad trying to provide for his family before he dies of cancer transforms into a ruthless kingpin.

I realized I could do that with Sam—single dad must deal with the twin terrors of espionage and raising a teenager – but I felt for it to work optimally, I’d need to take a jump forward in time. Sam needed emotional stakes tied to his suburban life and that was the risk that his son, Daniel, might learn the truth about their lives—that his father is, in reality, an intelligence operative going on incredibly dangerous missions and that his mother didn’t die when he was a baby.

If I jumped ahead ten years from the end of that book, Daniel would be entering those entertaining teenaged years, in middle school, maybe at the age to be suspicious of his father’s absences, or his father returning from a “business trip” with a broken arm, or asking questions about what his mother was really like. All while starting to figure out who he is on his own. I wanted Daniel to be his own character, and grow past being a toddler that his father constantly worried about.

Doing this forward leap came at a price, though. I was simultaneously passing up ten years of stories with Sam and his (sometimes) espionage partner, Mila, who was a central character to the series. What had happened between them? Were they still working together? Were they estranged? How had they grown and changed in those ten years? All of that felt like a potential decade of adventure and character development I was just walking away from. It will so sound very odd, but I mourned those lost years. It could have been ten years worth of stories—maybe ten novels about Sam and Mila that I would never write. Was I taking an easy way out by accelerating into the future? Was I not doing the hard work of showing the development of the relationship of Sam and his son?

I debated this longer than I needed to. Those ten years could still play a role in the story, but shown through the relationships of the characters. Daniel at age thirteen could be the summation of those lost storytelling years—the times Sam wasn’t there, the secrets that he’s kept from his son, and the moments where father and son are close, given the small size of their family. I decided the fracture between Sam and Mila had not been healed—they had each gone about their own lives, which gave me a sudden freedom to put them in new and compelling situations, both professional and personal.

My chess board was set up, but I had not been in Sam’s head in a while. In the series, I’ve told stories from both Sam’s first-person perspective and from third person. I chose what suited the story, not wanting to be locked into one style or point of view. I went back through the previous books and felt myself settle back into Sam’s unique view of the world. For Traitor’s Dance, I chose to stick with third person, as I would be moving between three major viewpoint characters.

So after these long years, how to start?

I finally decided to open with Sam in his suburban setting (he and Daniel have moved in the past ten years to Austin, along with half of America, and I put them in Lakehaven, the fictitious suburb featured in my recent standalone novels), watching his son play a basketball game, when he sees a man he recognizes as a highly dangerous intel operative—an assassin—enter the school gym and Sam knows the only person this man can be there for is…him.

I wanted Sam’s two worlds to collide immediately—he’s watching his target and planning how to eliminate this man if necessary rather than watching Daniel sink a winning basket, and Daniel realizes his father’s not paying attention in his moment of triumph. A family moment intertwined with an action, “secret life” moment. That would become a pattern in the novel, as Sam starts his next mission on finding a missing traitor and Daniel is drawn into his father’s world as he pursues an answer to a mystery of his own.

So, if you’re a reader returning to this (or any) series after it’s taken a long break or leap forward in time, I hope this is helpful to you in understanding the process of choices a writer can face. (Or just enjoy the story and don’t think on how the sausage is made). If you’re a writer, consider every creative choice you could make in your resumption of the series—and whether there are new and exciting dramatic opportunities to raise every stake for your characters. Going back to a series you’ve been away from can feel like a creative restart—it recharged me as a writer, and I hope it does the same for you. 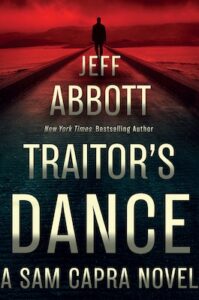 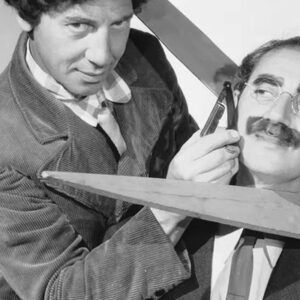 Traditional wisdom says that horror and comedy are two sides of the same coin because they rely on surprise and subversion...
© LitHub
Back to top