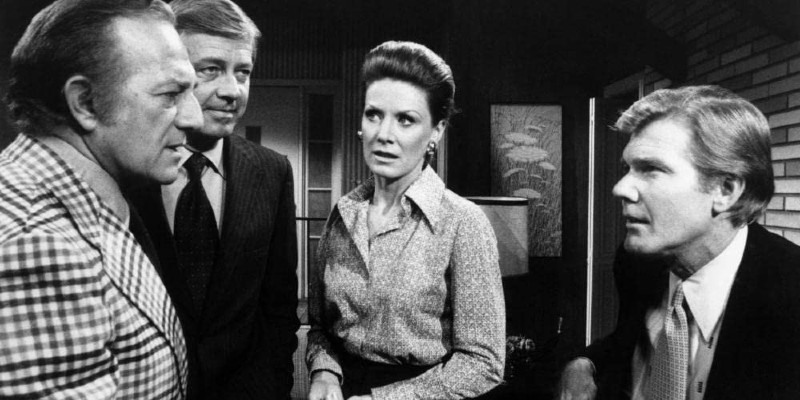 When I was a kid in the 1960s and 1970s, on days I was out of school and during summer vacation, I’d sometimes be around the house and I’d check out some of the soap operas – daytime dramas, as they were also known – my mom watched. She was partial to the shows on NBC, like “Days of Our Lives” and “Another World.”

Two soaps quickly became favorites of mine: “Dark Shadows,” the Dan Curtis-produced supernatural soap that ran on ABC from 1966 to 1971 and introduced vampire Barnabas Collins to the world, and “The Edge of Night,” a long-running soap that did what few other soaps ever did. While most soaps dabbled in murder and sensational courtroom trials, “The Edge of Night” was more of a dabbler in traditional soap tropes but specialized in noirish tales of murder and madness.

Soap operas are probably considered a dying art form today. The remaining soaps don’t have nearly the audience they had decades ago, mostly because the supposed target audience – housewives who bought the household products featured in each show’s commercials – is largely non-existent: Women are no longer the cliché stay-at-home moms they once might have been (but never really were), and it’s safe to say that women and men who stay home now are working or otherwise too busy to park themselves in front of a TV all day to catch the latest incremental installment of their “stories.”

But among soap operas, “The Edge of Night” – simply “Edge of Night” in its final few years – might be particularly east to forget. It’s not hard to guess why: The show has been off the air since 1984. But before its swan song – and it ended on a cliffhanger involving a killer, of course – “Edge,” as its fans call it, ran for nearly 30 years on two different networks.

And it presented in the most macabre manner possible for a show that had no vampires, witches, ghosts and werewolves like “Dark Shadows.” “Edge” just had murderers. Lots and lots of murderers.

Who was that masked man?

My most vivid memory of “Edge” is a storyline involving a killing spree by a masked man. His entire face was covered by a stocking-type mask and he wore a hat. And, yes, the fact that not a square millimeter of the killer’s face is visible makes it ludicrous that the show prominently featured a police sketch of the killer. But that’s beside our immediate point.

In my search for information about the masked killer on “Edge,” I found almost no information online. I was forced to conclude that others’ memories of the storyline were not as indelible as mine.

Or that the show had so many masked killers they were too numerous to recount decades later.

(By the way, I was chagrinned during the research process for this piece to find an online site with an intriguing photo of a couple of my favorite characters. I clicked on it to discover it was my own pop culture blog in a post from 2013 that I’d completely forgotten about.)

When “Edge” premiered on CBS in April 1956, a lot of TV soap operas were carryovers from radio or new variations on tried-and-true radio soaps. Their genre carried the name “soap operas” because they were often sponsored by – and even produced by – companies that made household products, particularly cleaning products. Hence the nickname. “Edge” was a TV original and was from Procter & Gamble Productions, the TV-producing arm of the maker of Tide soap and dozens of other household goods.

Created in 1956 by Irving Vendig, a writer on the “Perry Mason” radio show, “Edge” was supposed to be a daytime drama based on Erle Stanley Gardner’s famous defense attorney. But Gardner reportedly didn’t want his protagonist to be featured in a five-day-a-week daytime TV drama and didn’t want Mason to be saddled with a romantic partner, so Vendig retooled the show that became “Edge.”

The TV series was instead built around attorney Mike Karr, who initially was played by actor John Larkin, who had played Mason on the radio series. The weekly, primetime series “Perry Mason” began airing on CBS in 1957. (With cable TV reruns that continue to this day, there’s no question the Mason series has had far more lasting cultural impact than “Edge.”)

Not that “Edge” didn’t have impact.

But “Edge” was one of the first two half-hour-long daytime dramas, in a time when soaps that were imported from radio were commonly 15 minutes in length, like their radio forerunners.

A lot of soaps were set in fictional cities, but Monticello, the setting for “Edge,” was based on Cincinnati, the corporate home of Procter & Gamble. For much of the show’s run, the opening title card pictured, in the background, the Cincinnati skyline.

What always fascinated me about “Edge” was the same theme that prompted me to write this piece: The show’s focus on crime, criminals, cops, attorneys and prosecutors. It was truly as if Vendig imported the story themes of “Perry Mason” but layered them over traditional soap elements of love, marriage, jealousy, infidelity and divorce.

And while “Edge” had plenty of characters vying for prominent storylines, its top role was that of a crimebuster: Karr. The character was introduced along with the show and stayed on until the final episode, in which he is seen, in a kind of video montage, coordinating response to a murder. Karr was a cop and defense attorney in the series but most memorable was his role as prosecuting attorney for Monticello.

While Karr – played by three actors over 28 years, most enduringly Forrest Compton from 1971 to the show ended in 1984 – undoubtedly had his hands full as a defense attorney, what with all the show’s characters killing each other, but got even more to do as a prosecutor.

Presumably, the relationship that Gardner thought was not right for Perry Mason was what would become Mike Karr’s relationship and marriage to Nancy Pollock Karr, played within my memory by Ann Flood. The two were an anomaly in soaps: a couple in a (mostly) stable and faithful relationship.

The Karrs were not my favorite characters on the show, however.

At some point when I was growing up, I wanted to be an attorney when I was an adult. Ultimately, the thought of all those years of school dissuaded me and I went into journalism, which in the 1970s didn’t require any talents more formidable than a willingness to write and be underpaid for it.

But thinking back on it now, I’m certain my interest in the law was thanks to Adam Drake.

In the 1960s, Adam Drake – played in my years viewing the show by actor Donald May, who passed away in January 2022 at the age of 92 – was the younger, hipper counterpart to crimebuster Mike Karr.

I hadn’t even remembered, until doing some research for this piece, that Adam Drake joined the show as a government agent who came to Monticello to solve a case involving industrial espionage and murder and stayed to become Mike Karr’s law partner. I only remembered Drake as an attorney who, while ostensibly a defender, could wring a confession – or a breakdown – out of a person on the witness stand. Holy shades of Perry Mason!

As Drake, May seemed effortlessly cool to me. His courtroom escapades were thrilling, and in at least one case, a milestone: Soap Hub notes that in a first for daytime TV, a 1968 episode of “Edge” was devoted entirely to Drake’s closing argument to a jury. May was the only actor who spoke in the entire episode.

Drake was matched in the romance department with Nicole Travis, who would eventually become his wife – after a murder or two and a trial for the falsely accused Drake. The couple wouldn’t be happy for long, though: A bomb meant to kill Drake instead killed Nicole (who got better, after amnesia and a year away from the show).

Yes, this was a soap, after all.

There is, maybe surprisingly considering all the years that have passed, still an “Edge of Night” fanbase. There are Facebook pages devoted to the show, and random episodes can be found online. But like many soaps at the time, the series was broadcast live for years and, unless a Kinescope recording was made of a particular episode, it’s gone forever. Even after the show was tape-recorded, the tapes were regularly electronically wiped for re-use. This didn’t happen just to soaps: a similar fate befell many Johnny Carson episodes.

Ultimately, it was a peerless group of crime writers and mystery aficionados who recognized “The Edge of Night” for what it was: A five-day-a-week crime story.

And Erwin “Nick” Nicholson, executive producer of “The Edge of Night,” took home the Edgar for the series.

Two months earlier, Nicholson had spoken to the news service UPI about the show.

”’Soap opera,’ to me, sometimes conjures up the worst in drama,” Nicholson said on the eve of his show’s 25th birthday. “But I’ve got to tell you – we’re better than nighttime shows. Daytime in general does more challenging stuff. We have better actors and better writing.

“If you want to call us anything, call us a daytime serial.” 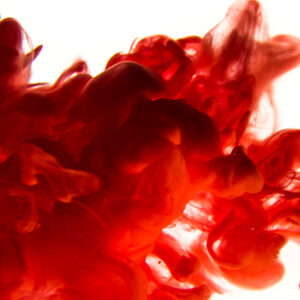