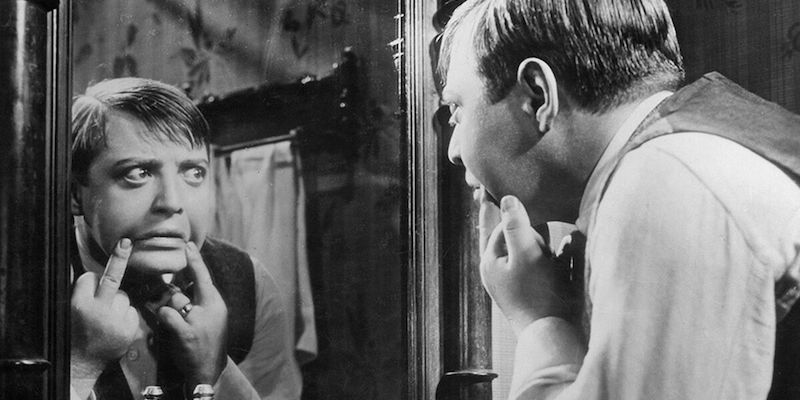 Charming, fearless, and manipulative sociopaths have always been with us, in fiction and in reality.

You probably know a sociopath. Maybe he’s the neighbor you chat with at the mailboxes who always has a funny story. So what if also takes perverse pleasure in shooting squirrels with his BB gun? Or maybe it’s your ex-girlfriend, who seemed lovely at the start but then sent X-rated photos of you to your boss when you broke up with her. Estimates vary, but current research says approximately 1 in 25 people is a sociopath, meaning your average kindergarten class contains one. Why this happens and what can be done about it is a fascinating, vexing puzzle that has inspired both fact-based research and devilish fiction.

The core paradox of a sociopath—someone who appears ordinary on the outside but is potentially dangerous on the inside—creates instant tension. Sociopaths, sometimes called psychopaths*, have probably always been with us, both in fiction and in reality. They came into their own in both arenas in the mid-twentieth century, as scientists’ efforts to qualify and diagnose sociopathy filtered into popular culture. Psychiatrist Hervey Cleckley published his seminal book on clinical signs of sociopathy, The Mask of Sanity, in 1941. One of fiction’s most enduring sociopaths, Batman’s nemesis the Joker, first arrived on the scene at about the same time.

In this era, DNA testing and brain scan technology were still decades away. Sociopaths were identified solely by their key traits: narcissism, lying (even when it was easier to tell the truth), indifference to societal rules, lack of empathy or conscience, a tendency to boredom and sexual promiscuity. Sometimes they demonstrate a superficial charm that camouflages the deficits underneath. These characteristics make for a great fictional villain, and so we started to see more antagonists with sociopathic traits appear in literature. One of the most memorable, Tom Ripley, debuted in 1955. Patricia Highsmith’s books about Ripley are riveting in part because they centered on a sociopath’s point-of-view. We see how Ripley charms people even as he justifies his increasingly extreme behavior, even murder, in the pursuit of his desires.

In the more recent novel You, Caroline Kepnes shows off the demented logic of sociopath Joe Goldberg. Like Ripley before him, Joe is charming when he wants to be. He runs a successful bookstore and his customers trust his judgment. They don’t realize he’s continually judging them for their poor literary choices…or that he’s stalking a woman with the intent of possessing her completely. Novels narrated by a sociopath hinge on the interplay between their outward cheerful façade and their scathing internal narrative. Part of the reason these psychological thrillers titillate us is that we all carry a divide between our inner and outer lives—sociopaths are just an extreme example. Our consciousness of this inner/outer line makes us wonder about its presence in others, especially our friends and family, as we contemplate how well we can truly know another human being.

In the 1970s and 1980s, psychologists and criminologists alike made more efforts to classify and study sociopaths. Robert Hare developed an inventory of sociopathic traits that became the Psychopathy Checklist, which still in use today. The USA Federal Bureau of Investigation (FBI) founded the Behavioral Sciences Unit in part to interview and understand serial murderers, a particular class of sociopaths. Agents met with infamous killers like Ted Bundy, Edmund Kemper, Jeffrey Dahmer, and Gary Ridgway—men who had collectively sent hundreds of victims to their graves. The insights they gathered turned into nonfiction books like Mindhunter, by John Douglas and Mark Olshaker and Whoever Fights Monsters: My Twenty Years Tracking Serial Killers for the FBI by Robert Ressler (with Tom Shactman), which then inspired a host of fictional murderers.

Memorable serial killers abound in crime fiction, from Thomas Harris’s Red Dragon to Jeffrey Deaver’s Bone Collector. As researchers have found in real life, fictional sociopathic killers tend to be male. Sociopathy is twice as common in men as in women. One feature of most fictional serial killers that is true-to-life is their lack of fear. Sociopaths can often be detected by their lack of a “startle reflex,” meaning they don’t jump if you play a loud noise behind them. They don’t show revulsion or a quickening of the pulse when viewing images that shock regular people, like those from a murder scene. Indeed, there’s some evidence that sociopaths don’t even recognize fear in other people. One prisoner, upon viewing a frightened face in a photograph, remarked, “I don’t know what you call this, but it’s what the person looks like right before I stab them.” You can imagine such clinical detachment in Harris’s Hannibal Lector, for example—an intellect that is keen but also broken. Intriguingly, tests like the lack of startle reflex can detect sociopaths who have never been violent. It suggests there is an underlying biological mechanism in play.

The hunt for biological differences in sociopaths intensified in the 1990s and continues in the present. One candidate that has received great scrutiny is the so-called “warrior gene,” also known as MAOA-L. All people need MAOA to create the neurotransmitters that allow brain cells to communicate. The MAOA-L variation is uncommon, and research suggests that people with this particular genetic variant are more prone to violent behavior. The “my genes made me do it” defense has been explored numerous times in fiction—and real life. One notable thriller with this premise is The Ripper Gene, by Michael Ransom. In the book, neuroscientist-cum-FBI profiler Lucas Madden has identified a gene common in all violent psychopaths, suggesting that screening for its presence could detect a serial murderer before he or she ever became violent. In reality, complex behavior like sociopathy undoubtedly relies on multiple genes to manifest.

Brain scans of sociopaths that detect structural differences or abnormal activity levels further the theory that the disorder has a biological basis. Such imaging techniques have revealed some sociopaths have unusual patterns in brain areas devoted to reasoning, impulsivity, and emotional processing, especially fear. The use of brain scans to detect psychopaths is one of the themes in Caged, by Ellison Cooper. Cooper’s heroine, Sayer Altair, has a neuroscience background but works for the FBI. She ends up having to use all her own brainpower to hunt down a new serial killer in town. Unfortunately, in real life, brain scans are not yet reliable enough to act as a sure-fire sociopath detector, nor can they explain how these brain differences may have occurred in the first place.

Article continues after advertisement
To me, perhaps the most terrifying theory of sociopathy is that some people are just born this way.

To me, perhaps the most terrifying theory of sociopathy is that some people are just born this way. There are sociopathic babies, who grow up to be sociopathic adults. Evidence for this idea comes from genes and brain scans, but also from studies that show some toddlers don’t display any concern when another child is crying, and that these toddlers grow up to show more signs of sociopathic behavior. Research on identical twins suggests that when one twin is a sociopath, odds are higher the other is too—although good parenting may mitigate the genetic effect. Fiction has long explored the idea of a “bad seed.” A couple of dynamite recent novels that feature child sociopaths are The Wicked Sister by Karen Dionne and Baby Teeth by Zoje Stage. Sociopaths are unnerving at any age, but when their plotting starts right in the cradle, it’s downright frightening. For one thing, there remains debate over whether sociopathy can be cured or even treated. The Atlantic ran a fascinating piece on child sociopaths and the desperate efforts of parents and doctors to avert the worst outcome. The hope is to channel the children’s behavior into social acceptability without changing who they are.

Rehabilitating sociopaths means exploiting their good traits while minimizing the bad. A high drive for excitement combined with a lack of fear might be genuinely useful for a fighter pilot or a surgeon, for example. Darkly Dreaming Dexter by Jeff Lindsay imagines a serial killer who only murders other killers. My favorite “good” sociopath in crime fiction is Detective Kathleen Mallory from Carol O’Connell’s series. Mallory’s unorthodox approach solves crimes that others can’t, which earns her admiration from colleagues that she never returns. She’s there for the intellectual puzzle of catching the criminal, which makes her somewhat reminiscent of Sherlock Holmes—himself the subject of some debate over whether he could be a sociopath. His deep and lasting friendship with Watson would seem to preclude a formal diagnosis, however.

The real-life mystery of what creates sociopaths and how to detect them remains unsolved. We have some clues but there is no “aha” moment in the final chapter as yet. Meanwhile, sociopaths in fiction thrive in this liminal space of not-quite understanding, an enduring mystery of the human mind that perplexes, frightens, and captivates us.

* Some researchers make distinctions between psychopaths and sociopaths, but both are now encompassed under the label “Anti-Social Personality Disorder” or ASPD. 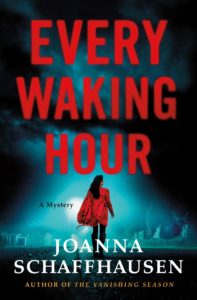 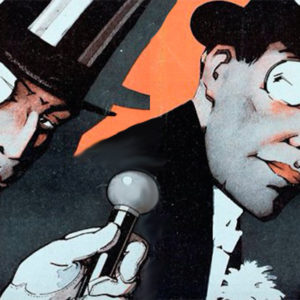 The beloved character Arsène Lupin, a gentleman thief who moonlights as a detective, was created as a direct result of the popularity...
© LitHub
Back to top