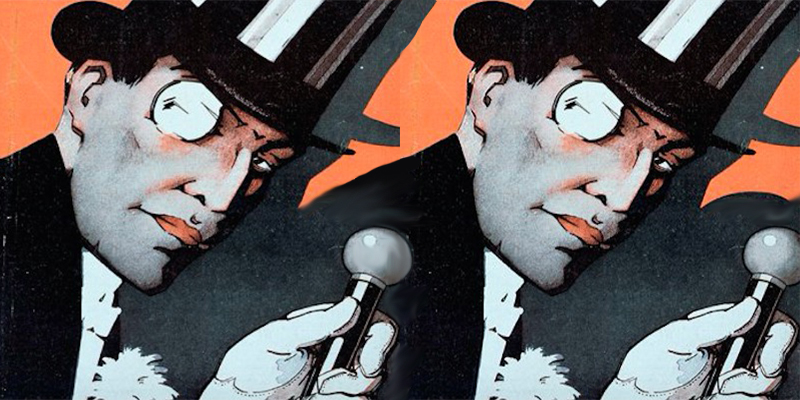 Everything you need to know about turn-of-the-century-France's beloved, detection-prone gentleman thief

The beloved character Arsène Lupin, a gentleman thief who moonlights as a detective, was created as a direct result of the popularity of Sherlock Holmes, which surged throughout Europe and America towards the end of the nineteenth century.

As scholar David Drake notes in a 2009 article on Lupin, though Holmes had been introduced in the 1887 novella A Study in Scarlet, he did not become a sensation until author Arthur Conan Doyle published six Holmes short stories in The Strand Magazine from July to December 1891. With queues of excited readers forming at newsstands on release dates, the stunned Conan Doyle agreed to write another six. But quickly bored of his character, he began planning to kill him off in November of that year. Still, Holmes’s immense popularity prevented him from doing so until December of 1893, when he had Holmes tumble off the side of the Reichenbach Falls while wrestling with his arch-nemesis Moriarty. At this point, Conan Doyle, who preferred to be known for his historical and scientific literature, had hoped never to write about Holmes again: he noted in 1896, “I have had such an overdose of him that I feel towards him as I do towards pâté de foie gras, of which I once ate too much, so the name of it gives me a sickly feeling to this day.” But this wasn’t so easy.

After “The Final Problem,” in which Holmes meet his demise, twenty-thousand readers were so enraged that they cancelled their subscriptions to The Strand, which caused shareholders to pressure him to write more. By 1901, still regularly besieged with angry fan letters, Conan Doyle began to miss the income that Holmes provided, and so published the flashback novel The Hound of the Baskervilles in 1901-1902, which was serialized in The Strand. The demand for this was so great that publishers wanted more. The American magazine Collier’s Weekly offered him $25,000 for six brand-new Holmes stories and The Strand offered to pay him £100 per 1000 words for the same—the largest amounts offered to an author at that time. But both publications were clear with their terms: retrospective stories were not welcome. Holmes had to be alive—for real, this time.

The following year, as notes David Drake, Conan Doyle revived Holmes, publishing a new string of stories in Collier’s beginning in September and in The Strand starting in October. But by this time, demand for Holmesian content was tremendous, and since Doyle himself had all but refused to produce any more for seven years, other authors stepped in to capitalize on his success, most successfully, Arthur Morrison, who wrote stories for The Strand about a steely investigator named Martin Hewitt (and shared Conan Doyle’s illustrator, Sydney Paget).

It was around this time that the Holmes craze had made it to France. In February of 1905, Pierre Lafitte, a journalist who had previously founded two magazines, launched the magazine Je sais tout (“I know all”). He wanted his publication to feature a Holmes-style character to draw a large readership, as Holmes had done for The Strand. He contacted his friend, the writer Maurice Leblanc, and asked him to craft a series of adventure stories for the publication. In July of that year, Leblanc debuted his character: a suave thief, escape artist, master of disguise, and detective named Arsène Lupin.

Lafitte was thrilled; Lupin was a perfect response to the zeitgeist. Not only did his sleuthing skills respond to the intercontinental Holmes fad, but Lupin was also a gentleman burglar, an archetype that (as noted by scholars J-L Buard and R. Bonaccorsi) had been declared in that same month to be “dernier cri” (“the latest fashion”) in French literary culture, according to an article published in the magazine Lectures pour tous. A few months earlier, as Drake notes, a real-life gentleman burglar named Alexandre Jacob, who was the ringleader of a gang known as “[les] Travailleurs de nuit” (“the Night Workers”), was tried, along with approximately forty compatriots, for committing more than one hundred robberies. The trial was sensational, spectacular, and it captured France’s imagination.

Lupin could not have debuted at a better moment. But just in case, as Drake points out, Lafitte kept publishing advertisements comparing Lupin to Holmes, and Leblanc to Conan Doyle. Leblanc biographer J. Derouard notes that an issue of Je sais tout from 1908 features an announcement claiming that Leblanc had already been “nicknamed the French Conan Doyle,” though this was almost certainly Lafitte’s own manufacturing.

After his inaugural story “The Arrest of Arsène Lupin,” though, there was no doubting Leblanc’s triumph. Arsène Lupin was an exciting, alluring new character, and he became a sensation in his own right. From 1905 to 1939, Leblanc wrote him into seven novels and thirty-nine novellas. Leblanc also co-authored (with Francis de Croisset) several Lupin plays, the first of which, simply titled Arsène Lupin, premiered as early as 1908, in October, at the Théâtre de l’Athénée in Paris.

In this production, the actor André Brulé took on the role of Lupin,which became his most famous part (with his reprising it until he passed away in 1953). But it also cemented a specific image of Lupin—a suave man in a monocle and top hat, wearing a tuxedo with white gloves and carrying a cane—that would be permanently associated with the part, despite, as Drake puts it “that none of these accoutrements featured in Leblanc’s stories.” Indeed, the most famous illustration of the literary character Lupin (which is featured above) dresses him in this very outfit.

What does Lupin look like in the novels, then? It’s hard to tell, because he’s frequently in disguise. As our narrator, who is veritably “Maurice Leblanc” (with the real author performing the Watson function himself, directly, rather like S.S. Van Dine in the Philo Vance stories), tells us in the first Lupin story, our hero is always in disguise. “Arsene Lupin, the man of a thousand disguises: in turn a chauffer, detective, bookmaker, Russian physician, Spanish bull-fighter, commercial traveler, robust youth, or decrepit old man.”

Indeed, towards the end of the story, our narrator Maurice reveals that he is one of Lupin’s good friends, but that he has still never seen his real face. “I have seen him twenty times and each time he was a different person; even he himself said to me on one occasion: ‘I no longer know who I am. I cannot recognize myself in the mirror.’ Certainly, he was a great actor, and possessed a marvelous faculty for disguising himself. Without the slightest effort, he could adopt the voice, gestures and mannerisms of another person.”

This is handy, because in all of Lupin’s exploits, showing his real face will potentially compromise him. He commits burglaries often, though does so for moral reasons, and also extricates himself from countless snags (including, in the second episode, getting himself arrested and then breaking out of prison). Sometimes he’s called in to solve baffling crimes, sometimes with an English counterpart named Herlock Sholmès. He carries business cards with his real name on them, which he often slips to people he dupes, before he vanishes for good, and he often is revealed, towards the end of a tale, to have been acting as at least one of the other characters populating the story.

Fitting for a man whose face keeps shifting, Lupin has been brought to life in countless stage, screen, and video game adaptations, not to mention innumerable stories which continue his adventures.

Those looking for a complete, well-translated collection of the Lupin stories can find one here. 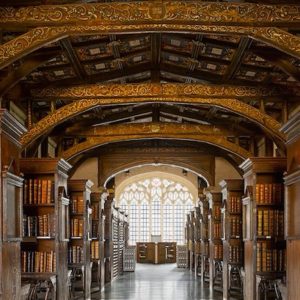 What do the following have in common: rituals shrouded in mystery; a closed circle of suspects; backstabbing intelligentsia;...
© LitHub
Back to top