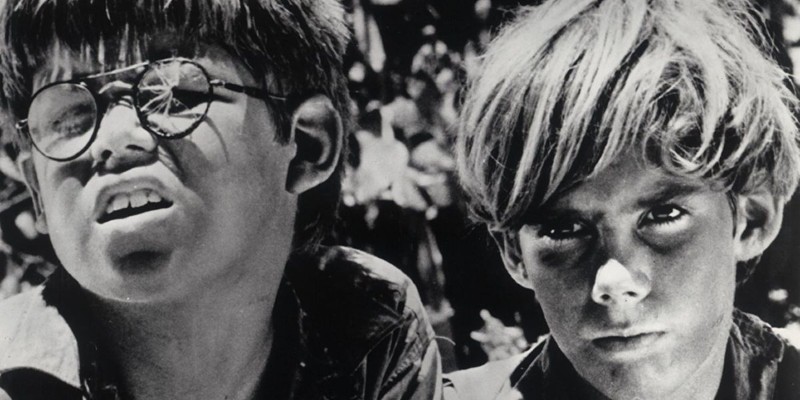 It was the bone-deep sense of raw humanity that I remembered most from reading Lord of the Flies in high school. It felt like a dark truth. A secret language only the people who’d read it would understand. So, as an adult, working on my own book about girls who are banished to an island for their sixteenth year to rid themselves of their dangerous magic, I decided that I would revisit William Golding’s classic, in hopes of rekindling that spark.

I chose the audiobook because the narrator was William Golding himself. What could be better than that? I just knew I was going to pick up on things that only the author would be able to imbue, and unfortunately…I was right.

The recording starts off lovely. His grandfatherly voice, his delightful British accent as he describes the bucolic scene, in 1953 or 1954, when he decided to write his beloved classic, Lord of the Flies. He was sitting on one side of the fireplace, his wife on the other, when he suddenly said, “Wouldn’t it be a good idea to write a story about some boys on an island showing how they would really behave—being boys and not—little saints as they usually are in children’s books.”

His wife replied, “That’s a first-class idea. You write it.”

So, he went ahead and wrote it.

I can almost see them wrapped up in woolen sweaters, the tinkling of bone china as they refill their teacups, ash wood and bergamot filling the air inside their quaint country cottage.

I find myself utterly transfixed and thoroughly charmed as I settle into my covers, readying myself for the ultimate bedtime story.

I’m thinking ‘fine. Great. Write what you know, Mr. Golding. I get it.’ That’s a perfectly reasonable explanation.

But then he goes on…

My ears perk. The tiny hairs on my arms stand on end (yes, I know it would probably be shocking for Mr. Golding to hear this about a woman, but I have hair on my arms).

“Don’t ask me why,” he says in a bluster. “And this is a terrible thing to say, because I’m going to be chased from hell to breakfast by all the women who would talk about equality. This is nothing to do with equality at all.”

I sit up in bed, yank off my eye mask.

“And I think women are foolish to pretend they’re equal to men; they’re far superior and always have been.”

“But one thing you cannot do with them is take a bunch of them and boil them down, so to speak, (insert: impish chuckle) into a set of little girls who would then become a kind of image of civilization, of society.”

To which I scream, “Have you ever been to Junior High?”

And just when I think it can’t get any worse, he says…

“The other thing is, why aren’t they little boys and little girls? Well, if they’d been little boys and little girls, we being who we are (there’s a not so subtle wink wink in his voice), sex would’ve raised its lovely head, and I didn’t want this book to be about sex (keep in mind, the characters in his book range from 6 to 12 years old). I mean, sex is too trivial a thing to get in with a story like this, which was about the problem of evil, and the problem of how people are to live together in society, not just as lovers or man and wife.”

This implies that a girl or a woman’s sole purpose is for sex or marriage.

I know what some of you are probably thinking, because I thought the same thing; after all, I’m a mid-western woman prone to excessive niceness and self-doubt.

Take a breath. Let’s not jump to conclusions.

I try to chalk it up to nervous chatter, the way one can get flustered in an interview. But this is a man who understands the power of words. His delivery is unwavering. Deliberate. This is the message he chose to leave listeners with right before presenting his novel.

And even if I were to give him the benefit of the doubt, that he truly believes women are superior to men, living goddesses on earth, which I’ve come to see as a glaring red flag, a flimsy mask for rampant sexism, women don’t want to be put on a pedestal or used as a vessel to project their needs upon. The women I know simply want to be seen as more than a daughter, a sister, a mother, a virgin or a whore. They want to be seen as people.

Girl’s know violence. Treachery. Ugliness. It may not be as overt as it’s often played out with boys, but it’s always there, seething beneath the surface, which unfortunately, we often end up using on each other.

Girl’s know violence. Treachery. Ugliness. It may not be as overt as it’s often played out with boys, but it’s always there, seething beneath the surface, which unfortunately, we often end up using on each other.

I try to tell myself, it was a different time, he meant well, but while Lord of the Flies was written in the 1950’s, this recording wasn’t made until 1976, well into feminism hitting the mainstream. This was years after Kate Millet’s Sexual Politics was published, after Gloria Steinem testified for the Equal Rights Amendment, when Time Magazine awarded its “Man of the Year” to “American Women.”

He made an educated choice not to evolve. He even flaunted it like a badge of honor.

At what point do we stop making excuses—for our family members, our educators, our politicians–even our literary heroes?

But there’s one thing Mr. Golding and I wholeheartedly agree on.

Girls/women cannot represent society as a whole—because they wouldn’t want to.

We understand that men, women, they/them, she/her, he/him are all needed to create a society. Only a select class of white men would be so entitled to claim otherwise.

The dark truth is that the erasure of girls and women from the canon has shaped us all.

And I think it’s high time we take a closer look at the lens in which we’ve been allowed to see the world. 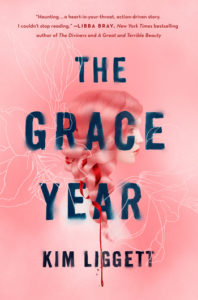 Kim Liggett, originally from the rural Midwest, moved to New York City to pursue a career in the arts. She's the author of Blood and Salt, Heart of Ash, The Last Harvest (Bram Stoker Award Winner), The Unfortunates, and The Grace Year. Kim spends her free time studying tarot and scouring Manhattan for rare vials of perfume and the perfect egg-white cocktail. 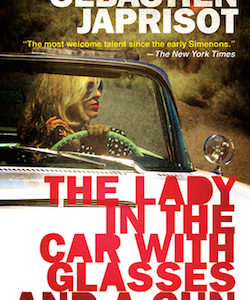 I have never seen the sea. The black-and-white tiled floor sways like water a few inches from my eyes. It hurts so much...
© LitHub
Back to top