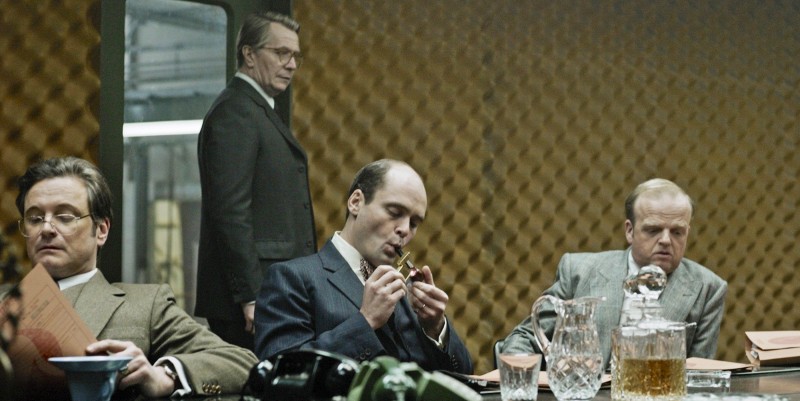 There's a mole, right at the top of the Circus, and he's been there for years...

A few months ago, I jokingly wondered whether Tinker, Tailor, Soldier, Spy (2011), a movie I was in the midst of celebrating as the greatest spy film ever made, hadn’t actually cut the legs out on a few careers, based on a quick glance at the IMDb pages of some of the top people involved in the production, notably director Tomas Alfredson, who did a brilliant job with the complex le Carré material but somehow wasn’t given another opportunity at the helm of a film until 2017. (And when they did give him something to do, it was The Snowman, of all things.) In that same article I also implored—implored might not be a strong enough word, it was more of a cosmic plea—that somebody, somewhere, some luminary among the gods of intellectual property and studio financing, find an excuse to reunite the Tinker, Tailor, Soldier, Spy network. And please, make it a spy story. Well, it seems like my ship has finally come in. In today’s Deadline (blink and you may have missed it, but I wake up every day, pour my coffee, and go scouring the trades for news of Alfredson), there was a major announcement: ‘Tinker Tailor Soldier Spy’ Team Reunite…’

Go ahead, take a moment to savor the good news. I’ll be here biding my time…

So, here’s the skinny. Alfredson and screenwriter Peter Straughan have signed on to adapt Dave Hutchinson’s Fractured Europe Sequence novels into a series. Sadly, we’re missing one key member of the team, as Bridget O’Connor, who co-wrote the Tinker, Tailor, Soldier, Spy screenplay with her husband, Straughan, passed away in 2010. The series, consisting of eight episodes, will be titled Europa, a co-production of Studiocanal (which put together TTSS adaptation) and Seven Stories. (Gary Oldman is busy making another espionage adaptation, Slow Horses, from the Mick Herron source material, but I’ll trade in one Oldman if we can get Toby Jones, Mark Strong, Simon McBurney, or Kathy Burke involved.)

Here’s what Alfredson had to say as part of the announcement: “Europa is a unique blend of classic spy novel and mind bending science fiction. Set in the not too distant future, in a world that for the most part looks and feels very much like our world today, the story offers a rich and thrilling allegory for our contemporary times.”

Hutchinson has written four novels in the series, which launched in 2014, set in a near future Europe of fractured nations, porous borders, and shadowy spy and smuggler networks: Europe at Autumn, Europe in Winter, Europe at Midnight and Europe at Dawn. As Alfredson noted, the writing is a heady mix of science fiction, espionage, and noir, so there should be plenty of opportunities for brooding walks, spitting rain, and meditations on divided loyalties and civilization gone to seed, ideally set to an Alberto Iglesias score. Remember the trumpets, gentleman, and don’t disappoint us. We need this spy series. 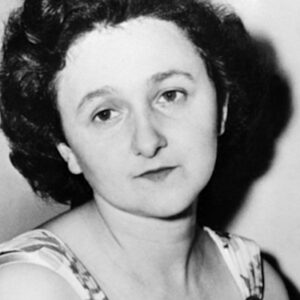 Julius and Ethel Rosenberg remain the only Americans ever put to death in peacetime for conspiracy to commit espionage, the only...
© LitHub
Back to top