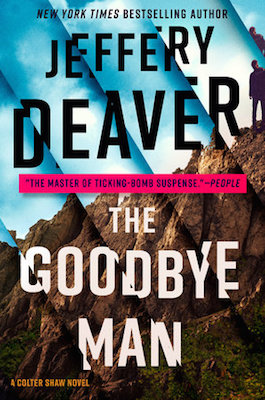 The following is an exclusive excerpt from The Goodbye Man, by Jeffrey Deaver. When Colter Shaw's pursues two men suspected of a hate crime, he doesn't expect how badly it will go awry. But this unexpected disaster takes him to a shady grief support group, and a group of people with secrets they will do anything to keep hidden.

“Why should I talk to you?” the man scoffed.

Dressed in a faded jacket of cracked brown leather, jeans and boots, Adam Harper’s father, Stan, continued to stack cartons of motor oil on a dock. He was a ship’s chandler, an outfitter, and apparently getting an order ready to load onto a delivery boat when it arrived back in the berth.

The air was richly scented, pine and sea waste and petroleum.

“I’m helping Erick Young’s family find their son. The last the police knew, he and Adam were together.”

“I am, yes. Now, is there anything you can tell me about Adam that could help? Where he might go? Friends, relatives he’d be staying with?”

“Put that away.” Nodding at the notebook and pen in Shaw’s hand.

Shaw slipped them into a pocket.

“Don’t have any idea.” Harper was solid as a tree, with sandy-gray hair and a rosy complexion, nose slightly ruddier than cheek.

Erick’s family had offered money for someone to find their fugitive son; Stan Harper had not. As far as Shaw knew, he might hope his son successfully escaped from the law. There was no reason for him to say a word. Still, he wasn’t stonewalling. Not exactly. Three stacked cartons later, Harper turned. “He was always a problem. Moods this, moods that. Said it was like bees buzzing around him all the time. Made it hard on us too, you can believe. He didn’t get that. It was all about him. Trouble at school, counsellors calling all the time. Had some fights, him and me.” A glance toward Shaw. “But that’s fathers and sons. Happens to everybody. Easier for us when he quit school and started working trades. Day labor, mostly. If he was on staff, he’d get fired in a split.”

Shaw would tread lightly with his next question. Bigotry, he’d found, was often handed down from parents to children like hair color and heart trouble. He had no problem calling out a racist, but at the moment his mission was to gather information. “The incident at the church? The cross, the graffiti. Did he ever talk about doing anything like that?”

“Never heard him. But I gotta say, me and him, we didn’t talk about much of anything. After Kelly passed—after my wife passed—he went even further away. Hit him hard. I was like, it’s coming, her passing, and I tried to get ready. Adam, he just didn’t think she’d ever . . . Denied it, you know?”

“Any friends in supremacist groups? Was he a member of any community like that?”

“I make my living finding people.”

Shaw repeated the question about neo-Nazis.

“Not that I ever heard but he was . . . you know, was impressionable. He met some musicians once, and for a year that was all he was going to do. Be a heavy metal star. That was the whole world to him. Then he gave it up. Was going to build skateboards and sell them. That went no place. Fell in with a bad crew in high school, shoplifting and drugs. He did whatever they wanted.

“You know, when I heard from the cops about the church, I wasn’t surprised. Not like oh shit surprised. I figured he’d snapped. I could feel it coming. Since his mother died.”

Stan walked to the edge of the dock and spit, wiped his mouth with the back of his hand.

“That Erick kid, you oughta check him out.”

Shaw replied, “He doesn’t seem to have any connection with supremacists. No history of hate crimes.”

Harper’s eyes narrowed. “You know, Adam took off for a while. He was away for three weeks, a month, I don’t know. After we lost Kelly. He just disappeared and when he came back he was different. He was better, his moods, I asked him where he’d gone. He said he couldn’t talk about it. Maybe he hooked up with some of those assholes then.”

“Can you give me the names of friends I can talk to?”

A shrug. “Couldn’t tell you. He wasn’t a boy, you know. He had his own life. We didn’t chat on the phone, like he did with his mama.” Harper received a text and then replied. Looked over the still water of the harbor. Then back to the cartons.

“Was he straight?” Shaw asked.

“Only ever saw him with women. None of ’em for very long.” A sigh. “We tried everything with him. Therapy. Yeah, that was a joke. Medication. Always the most expensive ones, naturally. And that was on top of Kelly’s bills too. Doctors and hospitals.” He nodded toward the shack that was the corporate headquarters for Harper Ship Services, Inc. “I look like I can afford Cadillac health insurance?”

“Nothing worked for Adam?”

“Not much. Just being away wherever he went, that three or four weeks.” The crowning carton was placed on the stack. “Maybe he got a kick out of learning to burn crosses and spray paint churches. Who the fuck knows? I got paperwork to do.”

Shaw gave him a card with his number on it. “If you hear from him.”

The man slipped it into his back pocket and gave a cynical smile, which meant: Helping you get your blood money, am I?

“Mr. Harper, I want to get both of them back safe.”

Harper turned but paused halfway to the shed.

“It was so damn frustrating. Sometimes you just wanted to shake him and say, ‘Get over yourself. Everybody’s got the blues. Just live with it.’”

From THE GOODBYE MAN by Jeffrey Deaver, published by GP Putnam, an imprint of the Penguin Publishing Group, a division of Penguin Random House, LLC.  Copyright © 2020 by Gunner Publications, LLC 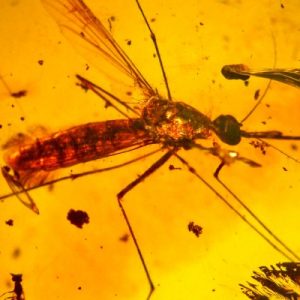 Genre Labels: What Makes a Book More Thriller Than Sci-Fi? Genre is a funny thing. I’ve been a science fiction and fantasy nerd for as long as I can remember. And I’m not sure...
© LitHub
Back to top