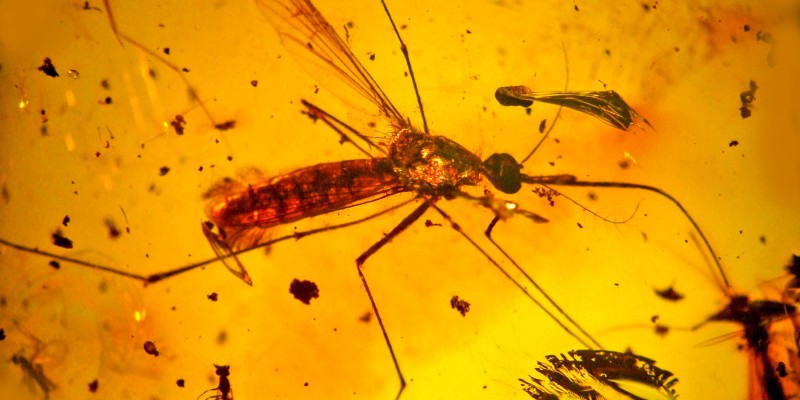 An author examines the borderlands of two closely related genres.

Genre is a funny thing.

I’ve been a science fiction and fantasy nerd for as long as I can remember. And I’m not sure when I started to register that some of the speculative books I love weren’t all marketed or categorized the same way.

What makes 1984 or The Handmaid’s Tale more literature than science fiction?

You could argue—and many people do—that these genre divisions are, in some sense, imaginary. Writers write books; marketing departments at publishers come up with the most cunning angle to sell them. Or so the saying goes. Like almost any other attempt at categorizing broad or varied groups, genre boxes are clumsy labels that can never quite encapsulate all the fabulous tendrils of creativity. They’re for convenience, marketing, signaling, nothing more… right?

Certainly there’s some truth to this, especially around the edges of those genre labels. My books themselves teeter toward the break lines between categories. But there are also stories that feel to me like they hit much more squarely in one genre label or another. And I feel this when both reading and writing them.

And this isn’t only true of thrillers! Especially in movies, we have so many stories that depend on a speculative element but aren’t marketed as scifi at all, from Freaky Friday to Aladdin to Groundhog Day.

So although there are certainly scifi thrillers that straddle genres and hit it out of the park on both the futuristic elements and the fast-paced thrilling tension, here are some ways that, in my observation, a book that could easily be called science fiction instead gets sucked more into the tense and mainstream maw of the thriller category.

For me to get the max thriller vibes, it often helps if the science fiction elements feel more realistic, like a natural extrapolation of what’s possible. If it feels like it could really happen, like we’re one step away from it, then I don’t have to take any mental leap to be tumbling into the adventure.

Pandemic books have traditionally been quite good at this—and, as we’re seeing, it certainly wasn’t so many steps into the future or so far from reality.

Here I mean something a little different from keeping it real-feeling. I’m talking more about that immersive grittiness that makes a story feel vividly close and real no matter how different from our world it is.

Though he has too much magic and too many dragons to be anything but squarely fantasy, George R.R. Martin is a master of this—somehow the detailed, grimy, everyday moments of his imaginary kingdom hit us right in that place that feels like our world, but different. It’s not larger than life—it’s exactly life.

This one makes a lot of sense! A book sticking to our world in our time can feel a lot less on the science fiction side of things.

It’s not enough on its own, though. A contemporary Earth setting can have plenty of speculative elements—superhero stories are great examples of that. And most superhero stories are too fantastic and shiny to feel anything but speculative. Which is totally fine—again, I love speculative fiction! But we feel a distinct difference between something like the old Batman movies, which have a more elevated and imaginary feel to them, and the Dark Knight trilogy. Christopher Nolan’s movies not only strive for that real-world grittiness, but both heroes and villains feel like they could almost exist in our own world rather than requiring some nonexistent mutant science.

Lots of science fiction books have a broad array of speculative elements—worldbuilding, culture, technology, language, and advancements in science are just a few elements science fiction writers consider when building intricate other universes. But it’s not the only way to do science fiction. And a lot of the speculative stories that feel more mainstream have that “switch flip” element—that single, isolated “what if” that sets off everything.

What if we could extract viable dinosaur DNA from amber? What if a disease like this got out? What if this person switched bodies?

Then, after that one, singular leap of faith, the rest of the book logic plays out identically to how our real-world logic would work, with only that fundamental beginning change.

This one is the trickiest. But mainstream thrillers tend to have particular narrative conventions regarding things like point of view, chapter length, and pacing. Readers might not notice these consciously, but it contributes to that feel of “I’m reading a thriller” versus “I’m reading a book that is genre science fiction and nothing else.”

These aren’t hard and fast rules, of course—nothing is. But I suspect we get trained enough as readers that it contributes to the feel of a genre for us!

Once again, I stress that this is all messy buckets, with books leaking between categories in all sorts of ways. I don’t say any of this to constrain either writers or readers! But I’ve put a lot of thought into this when both reading and writing, and it’s fascinating to me to realize what feels more like a science fiction thriller to me versus a science fiction thriller. And I think these are some of the main elements that play a role. 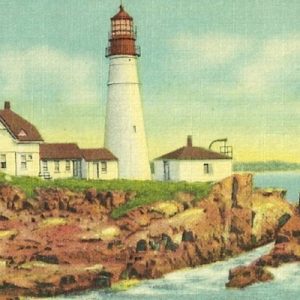 I live in a town where tourism plays a major role in the economy. Come summers, Maine becomes inundated with wide-eyed tourists...
© LitHub
Back to top