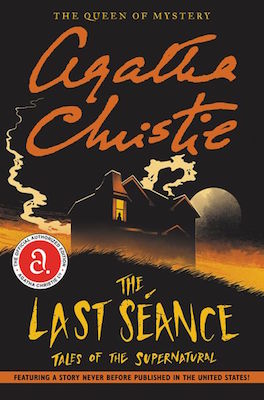 The following is an exclusive excerpt from "In a Glass Darkly," a story from the newly released collection The Last Séance: Tales of the Supernatural by Agatha Christie. While staring into a mirror, a man thinks he sees an image of a young woman being killed. But when he meets them and discovers they are engaged to be married, he can't help but wonder if he is somehow seeing the future.

I’ve no explanation of this story. I’ve no theories about the why and wherefore of it. It’s just a thing—that happened.

All the same, I sometimes wonder how things would have gone if I’d noticed at the time just that one essential detail that I never appreciated until so many years afterwards. If I had noticed it—well, I suppose the course of three lives would have been entirely altered. Somehow—that’s a very frightening thought.

For the beginning of it all, I’ve got to go back to the summer of 1914—just before the war—when I went down to Badgeworthy with Neil Carslake. Neil was, I suppose, about my best friend. I’d known his brother Alan too, but not so well. Sylvia, their sister, I’d never met. She was two years younger than Alan and three years younger than Neil. Twice, while we were at school together, I’d been going to spend part of the holidays with Neil at Badgeworthy and twice something had intervened. So it came about that I was twenty-three when I first saw Neil and Alan’s home.

We were to be quite a big party there. Neil’s sister Sylvia had just got engaged to a fellow called Charles Crawley. He was, so Neil said, a good deal older than she was, but a thoroughly decent chap and quite reasonably well-off.

We arrived, I remember, about seven o’clock in the evening. Everyone had gone to his room to dress for dinner. Neil took me to mine. Badgeworthy was an attractive, rambling old house. It had been added to freely in the last three centuries and was full of little steps up and down, and unexpected staircases. It was the sort of house in which it’s not easy to find your way about. I remember Neil promised to come and fetch me on his way down to dinner. I was feeling a little shy at the prospect of meeting his people for the first time. I remember saying with a laugh that it was the kind of house one expected to meet ghosts in the passages, and he said carelessly that he believed the place was said to be haunted but that none of them had ever seen anything, and he didn’t even know  what  form  the  ghost was supposed to take.

Then he hurried away and I set to work to dive into my suitcases for my evening clothes. The Carslakes weren’t well-off; they clung on to their old home, but there were no menservants to unpack for you or valet you.

Well, I’d just got to the stage of tying my tie. I was standing in front of the glass. I could see my own face and shoulders and behind them the wall of the room—a plain stretch of wall just broken in the middle by a door—and just as I finally settled my tie I noticed that the door was opening.

I don’t know why I didn’t turn around—I think that would have been the natural thing to do; anyway, I didn’t. I just watched the door swing slowly open—and as it swung I saw into the room beyond.

I don’t know why I didn’t turn around—I think that would have been the natural thing to do; anyway, I didn’t. I just watched the door swing slowly open—and as it swung I saw into the room beyond.

It was a bedroom—a larger room than mine—with two bedsteads in it, and suddenly I caught my breath.

For at the foot of one of those beds was a girl and round her neck were a pair of man’s hands and the man was slowly forcing her backwards and squeezing her throat as he did so, so that the girl was being slowly suffocated.

There wasn’t the least possibility of a mistake. What I saw was perfectly clear. What was being done was murder.

I could see the girl’s face clearly, her vivid golden hair, the agonized terror of her beautiful face, slowly suffusing with blood. Of the man I could see his back, his hands, and a scar that ran down the left side of his face towards his neck.

It’s taken some time to tell, but in reality only a moment or two passed while I stared dumbfounded. Then I wheeled round to the rescue . . .

And on the wall behind me, the wall reflected in the glass, there was only a Victorian mahogany wardrobe. No door open—no scene of violence. I swung back to the mirror. The mirror reflected only the wardrobe . . .

I passed my hands across my eyes. Then I sprang across the room and tried to pull forward the wardrobe and at that moment Neil entered by the other door from the passage and asked me what the hell I was trying to do.

He must have thought me slightly barmy as I turned on him and demanded whether there was a door behind the wardrobe. He said, yes, there was a door, it led into the next room. I asked him who was occupying the next room and he said people called Oldam—a Major Oldam and his wife. I asked him then if Mrs Oldam had very fair hair and when he replied drily that she was dark I began to realize that I was probably making a fool of myself. I pulled myself together, made some lame explanation and we went down- stairs together. I told myself that I must have had some kind of hallucination—and felt generally rather ashamed and a bit of an ass.

And then—and then—Neil said, ‘My sister Sylvia,’ and I was looking into the lovely face of the girl I had just seen being suffocated to death . . . and I was introduced to her fiancé, a tall dark man with a scar down the left side of his face.

Well—that’s that. I’d like you to think and say what you’d have done in my place. Here was the girl—the identical girl—and here was the man I’d seen throttling her—and they were to be married in about a month’s time . . .

Had I—or had I not—had a prophetic vision of the future? Would Sylvia and her husband come down here to stay some time in the future, and be given that room (the best spare room) and would that scene I’d witnessed take place in grim reality?

From “In a Glass Darkly,” from The Last Séance: Tales of the Supernatural by Agatha Christie. Used with the permission of the publisher, HarperCollins. Copyright © 2019 by the estate of Agatha Christie.

The Most Wanted Woman
in America 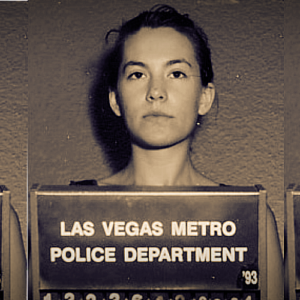 The Most Wanted Woman
in America According to the FBI investigators who spent 12 years trying to track her down, Heather Tallchief and her lover committed...
© LitHub
Back to top