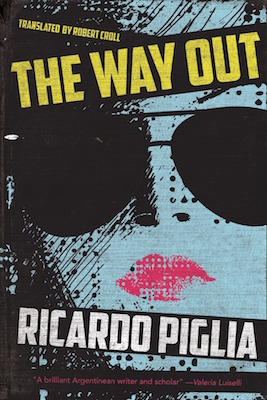 The following is an exclusive excerpt from The Way Out, by Ricardo Piglia, and translated by Robert Croll. When Emilio Renzi takes a prestigious appointment at a New Jersey University, he's excited to take a break from his uncertain life in Argentina and begin a new rmance with Ida Brown, his new colleague. But when she is found dead, he vows to figure out why.

As I was on my way to teach class and listened, in the hallway, to the soft buzzing of laughter and voices that you always hear before entering the classroom, I thought that the students must know everything I was thinking and that their network of informants and interpretations was impeccable. That laughter, was it aimed at me? I established connections between isolated incidents as if the impression that everything was connected was a sign of insight. That’s lunatic reasoning, I thought, as the afternoon light illuminated the hallways of the library where all the books in the world converged in one endless building, as in a story by Borges, another author for whom everything seems to have to do with everything else, the world responding

to the diabolical logic of a raving deity.

That’s what I was doing when, in confirmation of my suspicions, Inspector O’Connor appeared one afternoon, accompanied by the same sallow-faced agent with Clippers sunglasses and straight hair who’d been with him the first time. They were waiting for me in the doorway to the seminar as if they wanted to broadcast that I was still presumed guilty. I didn’t like the way they were showing themselves to the students coming out of class, but that was their intention. Professor Brown’s case had been closed, O’Connor told me, I could move freely, but there were two matters they wanted to talk to me about. Then the man in dark glasses introduced himself to me as John Menéndez, special agent of the FBI. O’Connor looked at his notepad and revealed to me that they were, in fact, investigating a series of attacks in several different universities. Ida’s death seemed to be an accident, and they saw no evidence that it belonged to that series, but there were a couple of issues they wanted to clarify. It was their understanding that Ida had frequented the Hyatt Hotel. I know what those kinds of insinuations mean, so I said nothing and waited. Ida had gone to that hotel several times at the end of last year and also in January.

“You didn’t hear anything?”

“I was in Argentina during that period.”

Yes, they knew, but she hadn’t made any reference to those meetings or rendezvous?

“Not to me, at least.” I held back; were they aware that we’d been seeing each other but concealing the fact to see my reactions?

“We believe,” O’Connor said, “that she stayed at the hotel whenever she had to catch an early morning flight from Newark airport.”

“No, on the night of the accident, you didn’t hand anything to Professor Brown when you met her in the hallway?” The receptionist had seen us talking from her desk.

“Nothing,” I said. “We were at a meeting and she was indeed in the hallway when I left, but she was already carrying the mail she’d picked up from the department. Did they have a list of the letters she’d received?”

“We’re asking the questions,” Menéndez said in a low tone, almost a whisper.

“Yes, of course,” said O’Connor, and before leaving he advised me to get my disturbances looked at; a routine analysis never hurts, he said.

They withdrew and moved off down the hallway like two gravediggers. It was very strange. I had the feeling that they’d meant to inform me they knew all about my visits to the hotel. Was that it? And why had she been going to the Hyatt before I came here? Here I understood the means by which the police are constantly sowing doubts and obsessions among those accused in a case. Was it true that she’d gone to the Hyatt before, at night, alone? Or were they only warning me that they knew about my meetings with her? I was unsettled once again, and I made a few detours in the car to calm myself down before returning home; driving helps my nerves, and I headed in the direction of Philadelphia without getting on the highway. I made my way along side routes, among woods and country houses. I turned on the radio and listened to the news and the weather report. Then they started playing Bob Dylan songs. In Lawrenceville, a little roadside town, I stopped for something to eat and then left and turned around to take Nassau Street back toward town. As I turned onto Markham Road, I saw that the lights in my house were on. I parked in the entrance to the garage and went in through the side door. It was locked, and the main entrance was locked as well. Did I just forget and leave the light on myself? Had someone come in? Everything was in order; only a few pages of my class notes seemed to have moved. My notebooks were open on the desk.

There was nothing compromising; all of the names were initials and the places had been changed. I’ve been writing in those notebooks for years and have always tried to make it so that I’m the only person able to decipher them, but how would an officer read them? It was ridiculous to think of the FBI dedicating themselves to reading between the lines of my writing. Had they come in? I went through the rooms; they

were in order. Of course, that could be proof that they had indeed entered surreptitiously. Had they taken anything? On a low table in Hubert’s library, there was an issue of Partisan Review magazine from 1988, open to an essay by Martin Jay, “The Fictional Terrorist.” And had I forgotten it there? I started to grow worried. I had to figure out what was happening to me.

I decided to call Ralph Parker, the detective I’d met through Elizabeth. The receptionist from the Ace Agency picked up. “I’m Emilio Renzi,” I told her, “a friend of Ms. Wustrin’s. I’d like to speak with Mr. Parker.” “He charges three hundred dollars for a consultation,” she said, “whether he proceeds with the case or not.” If the work did continue, the three hundred dollars would be deducted from the fees. The per diem rate depended on the type of investigation. She made me an appointment with Parker for the following week.

Excerpt from The Way Out by Ricardo Piglia, translated from the Spanish by Robert Croll (Restless Books, 2020). 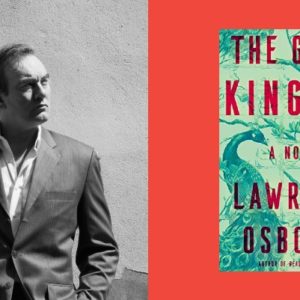