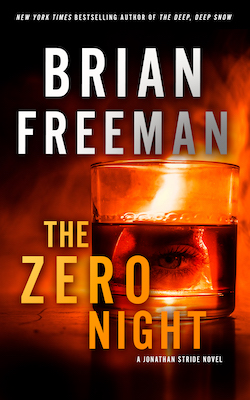 We are thrilled to reveal the cover of The Zero Night, the gripping new Jonathan Stride novel by Brian Freeman, out November 1st from Blackstone. Read on for an exclusive excerpt!

For almost a year after he was shot, Stride didn’t miss his job.

The shooting happened in late July, when a bullet tore open one chamber of his heart. The surgeons performed an emergency thoracotomy to save him, which meant cutting open his entire chest cavity. The odds of his surviving the surgery at all had been no better than one in four. He’d actually died on the operating table during the procedure, and they’d had to shock his heart back to life.

The doctors had warned him that it wouldn’t be an easy or fast recovery, and it wasn’t. It was well into the fall months before he felt strong enough to take daily walks on the beach again. Even then, a few minutes of effort would wipe him out for hours. The slow pace of his rehabilitation left him depressed, and the doctors had warned him about that, too.

Scroll past the cover below to continue reading the excerpt. 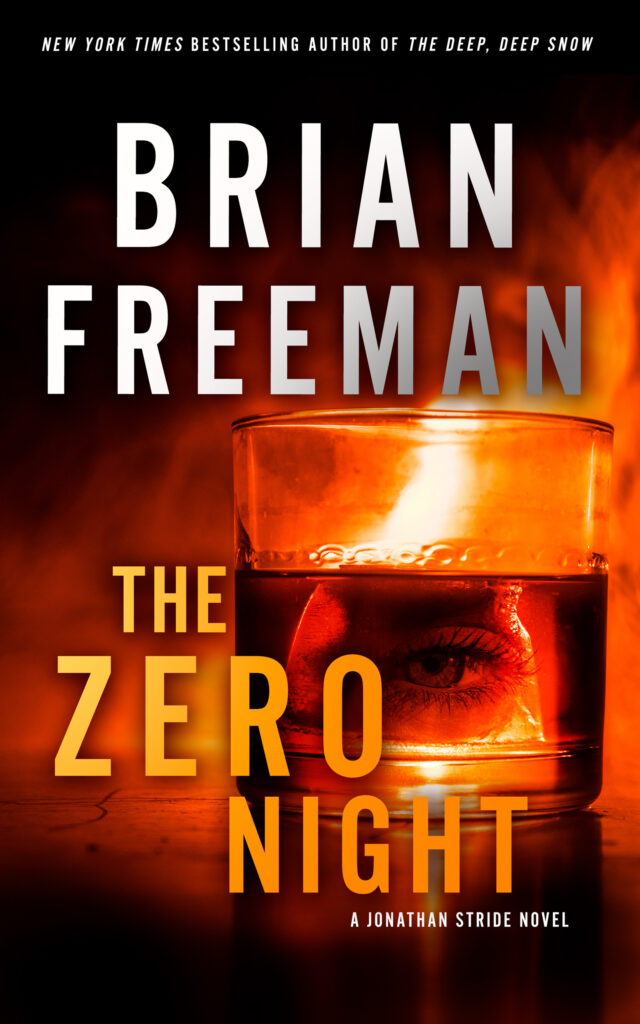 The scars of trauma are emotional, not just physical.

You’ll need to accept the reality that your life will never be exactly the same as it was before.

Sometimes he would sit by the lake and question how the events of his life had led him to that moment. He dwelled on the mistakes he’d made, the people he’d lost. He felt like a stranger to himself, as if he were inhabiting someone else’s body. He hadn’t died, but he hadn’t started living again, either.

So as fall bled into the frigid winter, he finally embraced his new normal. He went to physical therapy twice a week, and he bought a treadmill, and when the temperatures climbed above zero outside, he went and jogged up and down the Point, which was the narrow spit of land between the lake and the harbor, where he and Serena lived. By the time spring arrived in Duluth (late, as usual), he was feeling physically more like the man he’d been before the shooting. Older, still in pain, but in some ways stronger than he’d been in years.

But he still found himself reluctant to go back to the police.

There was a darkness in his job, and he didn’t want to confront darkness, not after what he’d been through. He didn’t want to deal with death, evil, lies, and betrayal anymore. Facing his own mortality had changed him forever, just as the doctors had predicted. And yet the only thing Stride had ever known, the only thing he’d ever wanted to do with his life, was be a cop. If he didn’t want that anymore, he didn’t know who he was.

He’d already put in more than thirty years on the force and was eligible for his pension. So he’d spent the summer thinking about retiring and wondering if there was a second act for men like him. Meanwhile, the other people around him were getting on with their lives. Maggie was dealing with his old job, Serena was working as Maggie’s partner, Cat was getting ready for college. Each of them knew where they were going. Each of them had a direction, a place to be, a reason for living.

Then there was Stride, feeling restless, doing nothing more than treading water on a dark sea.

He knew it hadn’t made him a good husband. His relationship with Serena had been difficult for months, including their sex life, which was nonexistent. He was so frustrated by his own lack of direction that he’d drifted into old habits, shutting her out of his life and ignoring everything she was dealing with. It had never even occurred to him how hard it would be for her to have Cat leave for college. He’d only realized it when she spent four nights in a row sleeping in Cat’s empty bed. When she’d come back to their room in the mornings, he could see loneliness written on her face.

And now, on the heels of that loss, Serena’s mother was gone, too. An old deep wound had been ripped open.

He could feel a crisis building for her, like an ocean wave pulling back before the tsunami comes in, but he felt utterly unprepared to deal with Serena when he’d lost touch with himself. He knew that his time had come. He couldn’t put off his decision any longer. He had to make a choice, and then he could move on. There was no middle ground, no in-between, just yes or no.

Was he still a cop?

Or was he done with that life?

Maggie had left him a voice mail a week ago. He’d played it a hundred times since he received it. It was as if she knew that he’d reached a crossroad. Stride sat at the breakfast table in the cottage and played the message again.

“Hey. It’s me. Big news. Abel Teitscher finally retired. He’s on his way to New Mexico, can you believe it? Abel Teitscher sipping margaritas by some desert pool. No way. I think he’d had enough of reporting to me, even though we both know I’m a total frickin’ delight to work for. Anyway, it’s crazy here, because now we’re shorthanded, and the chief’s getting the budget blues from the city council, so it’s not like we’re going to hire anyone soon. I need to go through Abel’s desk and sort through the open cases, but I don’t know who I’d give them to.”

He heard a long, long pause on the message. Maggie, who could dish it out better than anyone he knew, was having trouble getting out what she wanted to say.

Her voice drifted off again. Then she just said it. She shot out the words.

“Oh for fuck’s sake, boss. It’s been over a year. Are you ready to come back here and do your job?” 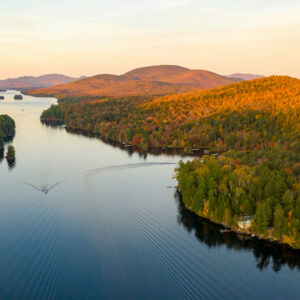 Investigating the Cold Case That Inspired Twin Peaks So death, the most terrifying of ills, is nothing to us, since so long as we exist, death is not with us; but when death...
© LitHub
Back to top