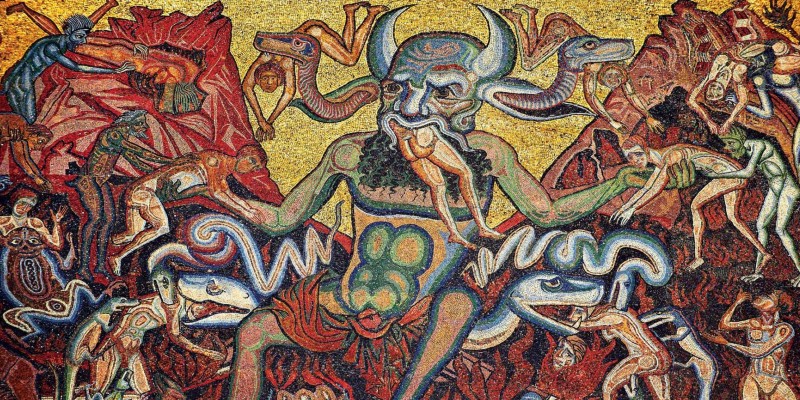 Exorcism, a once controversial rite, is as popular as ever. But the practice spans centuries, beliefs, and cultures.

The word “exorcism” is derived from the Greek word exorkizein, meaning “to bind by oath.” But in practice, exorcism is not about exerting control over spirits so much as banishing unwanted spirits from people, places, or things. For many people today, the idea of possession and exorcism is defined by William Friedkin’s film The Exorcist (1973). Regan MacNeil’s possession by the demon Pazuzu in that film was based on a spectacular case that began in Maryland in 1949. However, this sort of possession in which a demoniac (known as an “en‑ergumen” in Christian literature) exhibits an alternate personality and manifests supernatural abilities is not typical of the types of situations in which exorcists intervene. If we look across cultures, there is almost no phenomenon, whether it be a behavior, an illness, a strange experience, or an act of nature that has not been attributed to spirits and treated using exorcism. 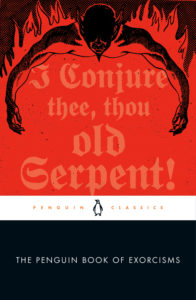 Animism—the belief in spirit beings such as gods, ghosts, or demons—can be found in nearly every culture on earth, and almost anything undesirable can be attributed to the influence of spirit beings. In many cultures exorcism is used as a way of treating illness. For example, the Gospels describe some individuals as “possessed” because they are blind and mute (Matthew 12:22) or crippled (Luke 13:10–13). Historian Moshe Sluhovsky suggests that in medieval Europe exorcism was primarily a means of curing the body, and that it was only in the wake of Protestantism and the Counter-­Reformation that possession was reimagined as a disease of the soul. For this reason, anthropologist Erika Bourguignon concludes that when looking across cultures, spirit possession should be understood as a way of interpretation: It is a diagnostic model through which a culture makes sense of certain phenomena.

Techniques of exorcism vary across cultures and are nearly endless in variety. In addition to prescribed prayers or rituals, other strategies have included simply asking the spirit what it wants and appeasing it, transferring the spirit into a stone or an animal that is subsequently destroyed, having the patient consume blessed substances such as holy water or sacred writings, or even sending for someone possessed by a more powerful spirit who can frighten the other spirit away. The most dangerous forms of exorcism involve making the patient so uncomfortable that the spirit no longer wishes to inhabit their body. Such strategies can include beating the patient, fumigating them with noxious substances, burning them, or immersing them in water. Tragically, there are countless examples of would‑be exorcists who have killed their patients using these strategies; those killed in this manner are nearly always children or young women.

Another common misconception about exorcism is that it is a relic of the Dark Ages that will soon fade away from the modern world. This belief is tied to the so‑called secularization narrative, or the assumption that science will inevitably eradicate both belief in the supernatural and the social influence of religion. However, the secularization narrative has increasingly few supporters among social scientists today. In fact, exorcism is arguably more popular today than at any point in history, with the exception of sixteenth-­ and seventeenth-­century Europe.

In the Western tradition, possession is almost completely absent from the Hebrew Bible, but demoniacs are everywhere in the New Testament. In Europe, the “Golden Age” of demonic possession was not the Middle Ages but in the two centuries following the Protestant Reformation. In the modern United States, exorcism was once extraordinarily rare: Protestants regarded it as superstitious and the Catholic Church regarded it as an embarrassment. All of this changed after 1973, when The Exorcist created a massive demand for exorcisms. Evangelicals and Pentecostals were already positioned to cater to this new market, often calling their services “deliverance ministries” rather than exorcisms. Protestant missionaries then helped to spread this new brand of spiritual warfare throughout the Global South (developing nations of Asia, Africa, South America, and the Caribbean), so that exorcism is now a standard practice in many churches throughout these areas. Eventually, the Catholic Church also embraced exorcism more openly and now offers courses at the Vatican to train more exorcists. Catholic advocates of exorcism, such as the late Father Gabriele Amorth (1925–2016), argued that more exorcisms were needed than ever before, because cultural trends such as yoga and the Harry Potter franchise were leaving millions vulnerable to demonic influence.

Historical analysis suggests that a good index of how prevalent exorcism is in a given culture is not the culture’s level of scientific understanding but its level of religious, social, and political upheaval. At least in the Western tradition, the most famous cases of exorcism are always political: When people tell a story about a successful exorcism, it is usually to establish the authority of a religious figure or institution, or else to associate a rival religion or controversial social practice with the demonic. In sum, the ritual of exorcism seeks to establish, in dramatic fashion, who is good and who (or what) is evil. In this sense, it is not our understanding of the world that influences exorcism, but rather exorcism that shapes the way we see the world.

This anthology endeavors to show the range of stories, beliefs, and practices surrounding exorcism from across time and cultures. The documents assembled here include poetry and popular legends, treatises by physicians and theologians, letters and diary entries by clergy, reports from missionaries and colonial officers, scientific papers, and legal proceedings. While the collection emphasizes the Western tradition, documents and case studies have also been included from India, China, Japan, Tibet, Sudan, Haiti, and the Yakama nation. These examples lend perspective to the reader’s understanding of exorcism as a cross-­cultural phenomenon and may pique further interest in these traditions.

Joseph P. Laycock (editor) is an assistant professor of religious studies at Texas State University and a co-editor of the journal Nova Religio. He is the author or editor of several books about religion, including Speak of the Devil, Spirit Possession Around the World, and The Seer of Bayside, and has written for Quartz and The New Republic. He lives in Austin, Texas. 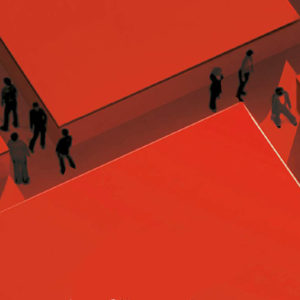 The Warehouse opens with a man walking through a broken town. He’s headed to a job interview with Cloud, one of the biggest—and...
© LitHub
Back to top