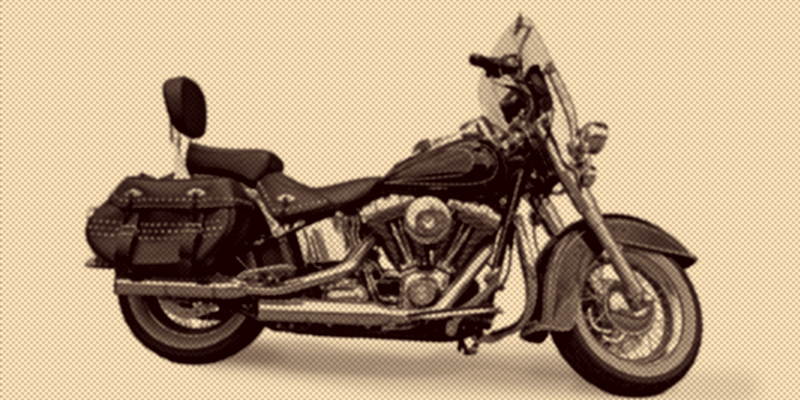 "I knew what it was like for my family to love me, but also do and say things that hurt me too."

I’ve long wanted to understand how family members can love and hurt one another at the same time. It was this idea that I held onto when I sat down to write my second novel, Half Outlaw.

My goal was to write a story about a family with problematic views relating to race, ethnicity, gender, and identity because it was something that I, as a Mixed (half-Mexican, half-white) woman, was trying to understand within my own family. Somewhere along the way, I turned the fictional family into an all-white outlaw motorcycle club called the Lawless and gave the main character, Raqi, the same racial and ethnic identity as me.

They say write what you know, but it was only through Raqi’s experiences that I could do so. What did I know of criminal families or even motorcycles? My family are postal workers and I’m known among friends as the ‘responsible’ one. Even so, an outlaw motorcycle club is where I was led, so I followed, referring to a wide array of resources to make the club seem as authentic as possible.

The Lawless were veterans of the Vietnam War, returning home to find that it was difficult to integrate into society. With Billy as the leader, the Lawless began to sell and run drugs across the U.S. Crime became an element of the fictional club, because it allowed them to live independent of a society, they no longer fit in.

In my research, I found that outlaw motorcycle clubs—especially those who conducted criminal activities—seemed to function more like a pseudo family than an organization. They called themselves ‘brothers’ and had a loyalty for one another that rivaled the feelings of love we have for people related by blood. I could work with that.

In 1921, Freud published a book called Group Psychology and the Analysis of the Ego in which he examined how groups form and function. Although he focused on the army and churches in the study, his findings relate to a wide array of groups including fraternities, sororities, religions, secret societies like the Freemasons, motorcycle clubs, and criminal organizations.

Freud pointed out that among any relationship between two people there are some feelings of aversion and hostility.  However, feelings of aversion disappear when people join groups where members and the leader have a common trait or quality. Within the group, members receive and experience a type of love that binds them together.

As Freud wrote, “So long as a group formation persists or so far as it extends, individuals in the group behave as though they were uniform, tolerate the peculiarities of its other members, equate themselves with them, and have no feeling of aversion towards them.”

The Lawless, as an outlaw motorcycle club, was the kind of group that Freud had studied. The club banded together first in commonality for their love of motorcycles and to be among others who experienced the Vietnam War firsthand. It didn’t hurt that they were all the same race, which would have been the norm for clubs in 1950s and 1960s America. With these commonalities, the fictional club bonded, and love and loyalty became synonymous.

Half Outlaw couldn’t just be about a group of motorcycle club members that lived in harmony and worked towards the same goal. There is no tension in that story. But introduce a brown-skinned Mixed girl into an all-white, criminal, pseudo family and she could challenge the Lawless’ ideas of love and loyalty.

Within the novel, Raqi enters the Lawless family when she’s four-years-old. After her parents die, she’s shipped to California to live with her uncle, Dodge, a man with a substance abuse problem and a member of the Lawless. Raqi takes after her Mexican father, and her skin tone makes her an immediate outsider.

Writing about a Mixed girl with a white family was not a difficult task for me, as it’s something with which I’m intimately familiar. As a half-Mexican, half white woman with brown skin, I’ve felt like an outsider among the white side of my family often enough. I knew what it was like for my family to love me, but also do and say things that hurt me too.

The white uncle who called me a ‘half outlaw’ in 2014 and thus inspired the title of the novel is a good example. He doesn’t give anyone birthday presents but once gave me $50 for my birthday and randomly sends me ‘thinking of you’ and ‘hope you’re well’ messages on Facebook. He’s also not shy in his use of slurs relating to Black, Latine, and queer people or in conveying his support for Trump’s xenophobic policies.

Then there is my mother, a blonde-haired blue-eyed woman of Caucasian descent, who praises my career and achievements to friends and strangers, calls me often to see how I am, and stocks up on my favorite food and wine when I come home to visit. But she also shared a pro-border wall Facebook post during my first author book tour and told me once that white actors can and should be able to play characters of color.

These encounters were just a few of many that I used to inspire the kind of love that Raqi experiences with her uncle and the club that raised her. The Lawless loved Raqi, and yet, because of their privilege as white men and their comfort with violence and crime, they hurt her too. They may have donated clothes, school supplies, and Christmas presents to Raqi as a child and watched and cared for her when Dodge was away on drug runs, but they also showed disdain and racist attitudes toward people of color, including Latinos. The Lawless involved her in club rides in a way they did not do with other Lawless children and yet they were violent toward women and sexually harassed Raqi as a teen.

From my experience, groups and families often love and function in more similar ways than one. As Freud said, members of groups love through their commonality and ignore anything that makes them different to maintain harmony. It is why some of my family members and the Lawless can have negative views about Latinos, but still love, support, and protect me and Raqi. In fact, by ignoring how our ethnic identity is the same (at least partly) as the ethnic identity of those they may have a bias toward, our family is telling us that we are one of them. It may sound ironic, hypocritical, senseless, or twisted, but it’s still love.

As Mixed women, Raqi and I take notice of these opposing behaviors and beliefs because they affect us directly as the outsiders of the group, our family. We can feel the love, just as we experience the pain of the realization that if we were not part of their group or family – either by blood or adoption – they would treat us as they would anyone who looked like us.

I can not say that all criminal families will love in the same way that I have portrayed the love between the Lawless and Raqi. That kind of love is passionate, loyal, and supportive, at the same time that it’s painful and traumatic.

With Half Outlaw, I wanted to explore the idea of how family members can love and hurt one another at the same time. I thought it might be easier to examine that concept by writing about a Mixed woman in a criminal family. Portraying that complex form of love as it exists in real life, my life, would’ve been a little too close to home. 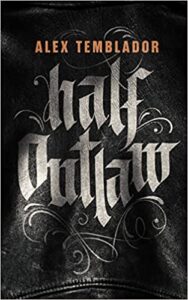 Alex Temblador is a Mixed Latinx award-winning author whose debut novel, Secrets of the Casa Rosada, received numerous industry accolades including Kirkus Reviews' Best of YA Books 2018 and the 2019 NACCS Tejas Foco Young Adult Fiction Award. She is a contributor to Living Beyond Borders: Growing Up Mexican in America and Speculative Fiction for Dreamers: A Latinx Anthology, and a travel, arts, and culture writer with pieces appearing in Conde Nast Traveler, Travel + Leisure, and Architectural Digest, among many other publications. She lives near Dallas, Texas. Visit her website at AlexTemblador.com. 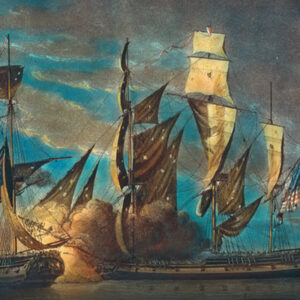 By early 1776, the upstart Americans had made considerable progress in taking the fight to sea. Between state navies, Washington’s...
© LitHub
Back to top