I don’t know about you, but I am grateful for everything that makes me laugh these days. I am also seeking and finding humor wherever I can: my dog’s inability to understand the rules of fetch; reruns of The Good Place; reader reviews of Chelsea G. Summers’ A Certain Hunger. I’m also wondering why there aren’t more funny crime writers. Some of the greats were very funny: Elmore Leonard immediately comes to mind, and there is humor in classic noir of the mordant wit variety. Lisa Lutz’s Spellman books, Timothy Halloran’s Junior Bender series,  Amy Gentry’s Last Woman Standing, Caroline Kepnes’s You books all have laughs along with the scary. Crime writers hear my plea: more comedy, please. 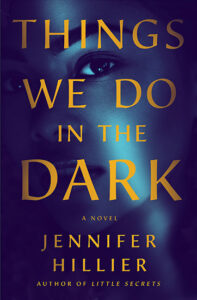 “There is a time and a place for erect nipples, but the back of a Seattle police car definitely isn’t it.” I love the first line of this book so much I posted it in on my social media feeds and saw later that her marketing people were either following my lead or miffed that I stole their thunder. No matter. The book is as promising as its opener: a potent mixture of old-school thriller and new-school celebrity worship. 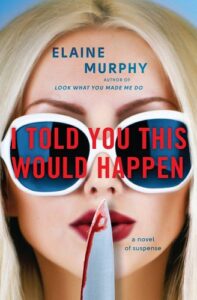 Elaine Murphy, I Told You This Would Happen
(Grand Central)

Murphy’s book inspired my introduction: it’s really, really funny, like I want Kristen Wiig to star in the Netflix show funny. Carrie is overjoyed when her sister, Becca, a serial killer who roped her into long nights of burying bodies and sisterly bickering, disappears. She’s also psyched that no one is onto the murder she sort of had to commit. But when Carrie goes to a meeting of local amateur detectives, the Brampton Kill Seekers, she learns there is evidence pointing to her; and even if she’s not a serial killer, she’s a serial accomplice. And even if she never buried another body someone is onto her. 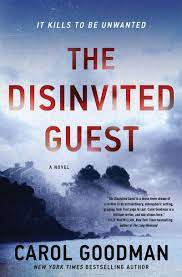 This was the first book I received that transpires wholly in pandemic time, which might be a dubious distinction but it’s a real one. We will look back on the 2020s and see if the books coming out now deal with, avoid, or acknowledge but don’t explore the Covid era. The themes here, I suspect, are going to dominate the cultural imagination: people isolated, trapped, preyed upon, ill, and worse. Goodman shrewdly uses our newfound knowledge about how viruses can transform society and sets her book a few years from now when another virus hits. Her heroine, Lucy Harper, has long-haul Covid, so when pandemic part two hits she and her husband hightail it to a creepy island that used to have a typhus hospital. Goodman has a real talent for the gothic, and her fondness for haunted houses and creepy strangers enhances the spooky atmosphere. A virus is a ghost too. 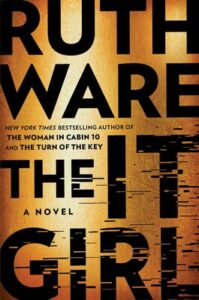 Ruth Ware, The It Girl
(Scout)

Will someone take up this question: Has there been an uptick in books set at Oxbridge in the past few years? That particular bastion of book learning and privilege makes an enticing backdrop for an intense friendship between the posh and beautiful April Clarke-Cliveden and her naïve roommate, Hannah Jones. They form a Secret History-esque group of fast friends, one of which, Will, becomes Hannah’s husband. April was killed by a former Oxford porter who died in prison, but after his death evidence surfaces that he might not have been the murderer. Hannah plunges into the case of her old friend and It Girl, turning up secrets which make her fear for her safety. 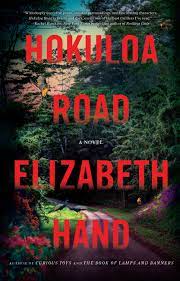 I would follow Elizabeth Hand anywhere, and her new standalone thriller is set in Hawaii which sounds good about now. But this is not the Hawaii of umbrella drinks and squabbling newlyweds. Hand writes about the people outside the tourist orbit, people rich enough to buy privacy on a small island. Hokuloa Road is lined with mansions hiding behind expert landscaping, and Grady Kendall signs on to work at one of the estates. Grady finds something is amiss: people keep disappearing from the area. Hand loads the book with lots of atmosphere and just enough to keep a scared reader reading. 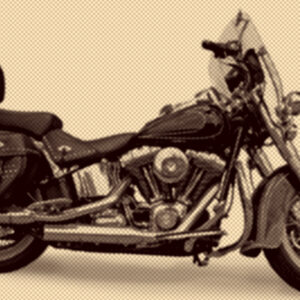 I’ve long wanted to understand how family members can love and hurt one another at the same time. It was this idea that...
© LitHub
Back to top