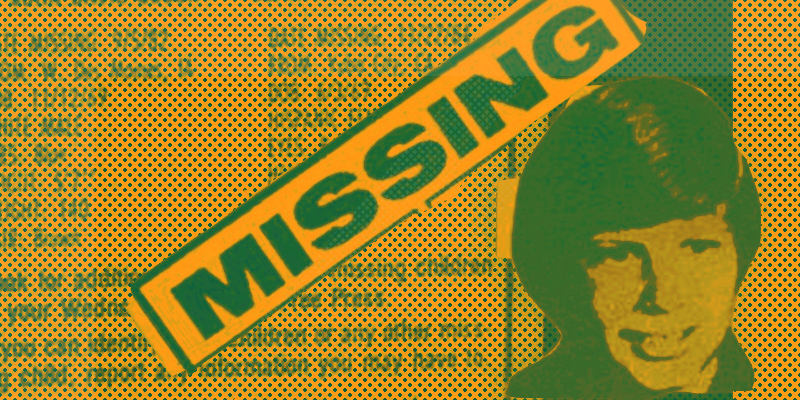 In the 1980s, three Iowa boys went missing. Their disappearances loomed large in my childhood, and have haunted me ever since.

In the summer of 2014, I started writing a novel loosely based on the stories of three real-life missing Iowa boys in the 1980s that had loomed large throughout most of my childhood and adolescence.

On the morning of September 5, 1982, twelve-year-old Johnny Gosch left his house in West Des Moines, Iowa, shortly after 5:45AM to deliver editions of the Des Moines Sunday Register. He took with him his canvas delivery bag, his red Radio Flyer wagon, and his miniature dachshund, Gretchen. At that time, West Des Moines was a small but upscale suburb populated by mostly upper middle-class families and excellent schools. Johnny, a slightly husky, pre-pubescent boy with light, shaggy, side swept hair, set out alone for a nearby street corner where he and several other paperboys picked up their bundles of newspapers to deliver. Johnny had been a carrier for nearly a year by that point and was considered responsible and reliable by his route manager. He’d won an airplane ride over Des Moines in a sales contest a few months prior.

Johnny arrived at the corner around 6AM, and the delivery van dropped off the bundles shortly thereafter in front of a United Methodist Church. According to a fellow carrier named Mike, as the boys started sorting and rolling the papers, a man in a two-tone Ford Fairmont stopped at the curb, asking for directions to a nearby street. The man was acting “strange,” and at some point, Johnny told Mike he had his papers loaded, was feeling uneasy, and was ready to get moving. When Johnny left, the driver of the car took off and the boys separated on their respective routes. Minutes later, though, Mike spotted a man about a block away, near 42nd Street and Marcourt Lane talking to Johnny, but because it was still dawn and the sun wasn’t fully up, Mike couldn’t tell if it was the same man who’d stopped and asked for directions in the car. Johnny and Gretchen didn’t seem to be in distress, so Mike continued his route.

About an hour and a half later, one of Johnny’s customers telephoned his house wanting to know where his paper was, so John Sr. went looking for his son along his route. He quickly discovered Johnny’s still-full red wagon on the corner of 42nd and Marcourt Lane, where Mike had last seen Johnny talking a man, but no Johnny and no canvas delivery bag. When Gretchen returned home alone, John told Johnny’s mother, Noreen, that something was terribly wrong, and at 8:30AM Noreen called the police.

From a September 6, 1982 news article about Johnny’s disappearance in the Monday edition of the Register, it was clear that authorities treated his case as a suspected runaway from the beginning. “Police were reluctant to call the incident a kidnapping—‘We’re just considering it, at this time, a missing person,’ said West Des Moines Lt. Ray Fidler.” And with no standardized police procedures at the time, no national infrastructure or databases to support the hunt for a missing minor, investigations of missing children were, at best, erratic.

Days turned to weeks, months, then years, and despite a few scant witness statements about the mystery driver and car, not a single piece of solid evidence was discovered. Eventually, Johnny’s story spread from local, to state, to national news.

When Johnny Gosch was abducted in 1982, I was seven years old and lived two hours away on a farm outside a small southern Iowa town. I was too young to understand that case when it happened or feel any significant effects of it.

But that would all change barely two years later.

On Sunday, August 12, 1984, I was nine years old and in Des Moines on a rare trip to the capital city with my family. It was my sister’s 14th birthday, and we were staying in a motel on the South Side. Just a few neighborhoods away from our motel, thirteen-year-old Eugene Martin left his home around 5AM to deliver Sunday editions of The Des Moines Register. The South Side of Des Moines, some fifteen or so miles away from Johnny’s West Des Moines neighborhood, is a large community south of the Des Moines River populated by middle class, blue collar families in modest houses tucked close together on narrow streets.

Eugene, a slight, pre-pubescent boy with dark, shaggy, side swept hair nearly identical to Johnny’s but darker, set out for the corner of Southwest 14th Street and Highview Drive where he picked up his bundles of newspapers for delivery. Around 5:15AM, Eugene arrived at the corner and collected his bundles from the delivery van driver and sat down to start folding them to fill his canvas bag. Around this time, several witnesses reported seeing Eugene talking to a clean-cut man in what looked to be a “friendly” conversation as he rolled his papers, with no vehicle nearby.

Forty-five minutes later, a woman called Eugene’s route manager saying she hadn’t received her paper yet but could see the pile on the corner in front of her house and asked if she could grab one. The route manager went out to the corner of 14th and Highview where he found Eugene’s canvas delivery bag with ten rolled papers inside, but no Eugene. The manager delivered the papers himself and, once finished, went to the Martin house where he spoke with Eugene’s father, Don Martin. When Don realized Eugene hadn’t returned home, he started searching the neighborhood on his motorcycle with his brother, but they found no sign of Eugene. Don called the police around 8:40AM.

The Des Moines Police Department, a different jurisdiction than the West Des Moines PD, learned from the mistakes in the Gosch case and responded immediately by sending out APBs, setting up vehicle checkpoints, canvasing neighborhoods, and getting the FBI involved within hours.

The next morning, the Register headline was markedly different than Johnny’s: Missing paper carrier is believed kidnapped. Boy, 13, seen early Sunday, disappears. After the news of Eugene’s disappearance broke, the South Side buzzed with the energy of scared, frantic residents. It was then that I learned the name Johnny Gosch, another boy who’d disappeared in the same city.

I have a distinct memory of standing in our motel parking lot, looking at the downtown Des Moines skyline and thinking, someone out there is stealing children. And it terrified me. Until the stories of Johnny and Eugene, it had never occurred to me that people even did such a thing. I couldn’t stop thinking about the two boys, wondering where they were, what had happened to them, what horrible fates they must have met.

In late August of 1984, a local Hy-Vee grocery store chain started printing Eugene’s picture on their paper bags with reward information. In September, a Des Moines milk company, Anderson Erikson Dairy, the company my dairy farm father sold milk to for forty years, started printing a hotline number and pictures of both Johnny and Eugene on the backs of their milk cartons after an employee and friend of the Martin family suggested it, the first pictures on the milk cartons in history. Another Des Moines milk company soon followed suit. By January of 1985, the milk carton program had gone nationwide. Kids of my generation spent years staring at the timeless faces of Johnny and Eugene and hundreds of other missing children every day at school during lunch.

The faces on the milk cartons stoked my fears, but also my fascination. Who were these people stealing children? My childish brain pictured monstrous madmen with disheveled hair, wild eyes, and sneering expressions. I was sure Johnny and Eugene’s kidnapper would be caught sooner than later, and Iowa’s greatest mystery would be solved, returning our—my—small corner of the world to recognizable safety.

On a Saturday evening before Easter Sunday in 1986, thirteen-year-old Marc Warren Allen left his South Side Des Moines home to walk to a friend’s house around dusk. Marc, a slight, pre-pubescent boy with dark, shaggy, side swept hair said goodbye to his mother and set out on Emma Street, just two blocks away from the corner where Eugene had disappeared a year and a half earlier. His mother, Nancy, watched her son walk down the sidewalk, past the bushes, and out of sight.

The following morning, Nancy realized Marc hadn’t returned home. Because it was Easter morning, she thought perhaps he’d gone to his grandmother’s house to collect his gift basket, but when she checked with her mother, Marc hadn’t been there. She telephoned friends and neighbors, but no one had seen him. He’d never arrived at the friend’s house the night before.

She called the police to report his disappearance, but claims they told her they couldn’t do anything for forty-eight hours, despite all the changes to procedures and laws after the Gosch and Martin disappearances, and she sensed they were concerned about causing an all-out public panic if news spread of a third missing boy. DMPD claimed they followed up on every lead for weeks, and that at some point, Marc’s family became “uncooperative” with investigation efforts. Either way, the case quickly went cold. At the time, Marc’s disappearance was never reported to the press by either the family or authorities. Not a single news story aired on the news or in print for many years. I wasn’t even aware of the Allen case until I stumbled across it on the Iowa Cold Case database while researching the Gosch and Martin cases.

On the morning of the 30th anniversary of Eugene’s abduction, just after I started writing my novel, I drove to the corner where Eugene was last seen rolling his newspapers and watched the sun rise. I’ve also visited the locations where Johnny and Marc were last seen alive, and today they’re just regular streets and corners, with no memory or trace of the terrible events that took place decades earlier.

It’s difficult to quantify how much these cases impacted future gen­erations of parents who were children, like me, when these boys went missing. Former latchkey kids who spent part of our childhoods with little to no supervision, and then later in the cold shadow of the fevered “abduction era” with lost faces staring at us from the backs of milk cartons, grocery sacks, and public bulletin boards. Because of this, the milk carton cases have both haunted and fascinated me for over thirty years, eventually bearing a novel not born of a morbid fascination, but of a quest to understand the news stories that impacted my childhood and helped shape who I am today. 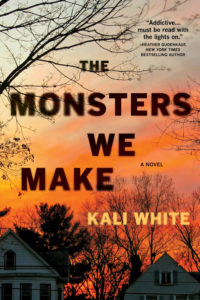 Kali White is the author of short stories, essays, and the novels The Monsters We Make (Crooked Lane, June 2020) and The Good Divide and The Space Between (as Kali VanBaale). She’s the recipient of an American Book Award, an Eric Hoffer Book Award, an Independent Publisher’s silver medal for fiction, and a State of Iowa major artist grant. She’s the managing editor of the micro essay journal The Past Ten. Kali holds an MFA in creative writing from Vermont College of Fine Arts and is a faculty member of the Lindenwood University MFA Creative Writing Program. She lives in Iowa with her family. 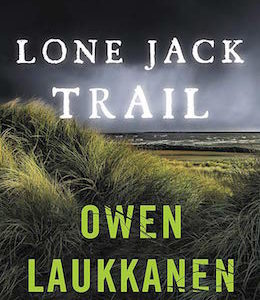 What remained of “Bad” Boyd washed up on the beach at Ship- wreck Point on a pretty morning in the middle of May, three...
© LitHub
Back to top