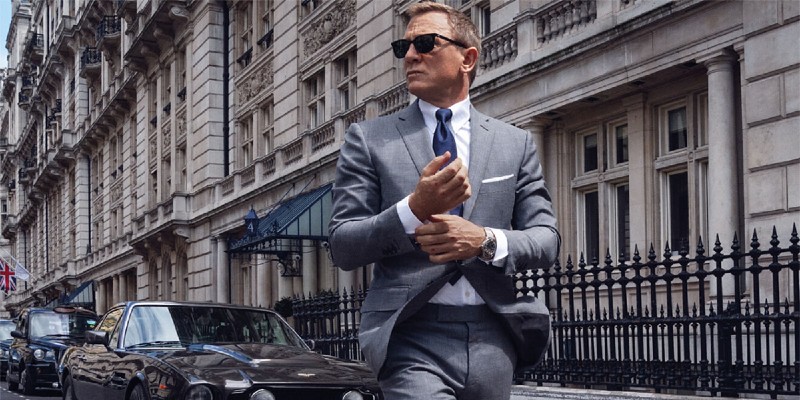 Fatalism Has Always Been at the Core of the Bond Series

It was there in Fleming's books and now it's in the movies, too: James Bond wants to die.

Since the publication of Ian Fleming’s “Casino Royale” in 1953, James Bond has been synonymous with a particular brand of escapism. A naval intelligence officer during World War II, Fleming leveraged his experience to create an idealized version of a spy, one who wore great suits and drove fast cars while he rendered the West safe for freedom and commerce.

The James Bond films doubled down on the character’s fantasy potential, boosted immeasurably at the beginning by Sean Connery’s magnetism in the leading role. Who wouldn’t want the glories of saving the world from unambiguously dastardly villains, all while possessing boundless sex appeal and an array of cool gadgets? Those attributes were enough to carry the character through 25 films (and five actors), even as a host of imitations faded from the collective memory.

The most recent film, “No Time to Die,” is the last one with Daniel Craig as Bond. The character is no longer a gun-toting playboy. He’s haunted and often mournful, although a lifetime of violence and betrayal have left him with a wry sense of humor. It’s a drastic departure from how many people envision Bond—although maybe he’s far closer to Ian Fleming’s original vision than they expect. (For those who haven’t yet seen “No Time to Die,” major spoilers ahead.)

The last third of “No Time to Die” follows the same plot points as many previous films in the franchise. The primary antagonist, the unsubtly named Lyutsifer Safin (portrayed with maximum sliminess by Rami Malek), is holed up in a secret base on a remote island, from which he plans to unleash a tide of deadly nanobots on an unsuspecting world. He’s also kidnapped Dr. Madeleine Swann, Bond’s one-time girlfriend, and Swann’s daughter. Paired with British secret agent Nomi, Bond infiltrates the base, kills a ton of henchmen, and blows up enough equipment to put Safin’s nefarious plan at risk.

With Swann and her daughter safely motoring away from the island, Bond opens the base’s hatches so a missile strike from a nearby British warship can do maximum damage. So far, so good—at least until the plot takes an unexpected turn. Safin closes the hatches and shoots Bond in the back before infecting him with nanobots. Bond dispatches the villain, but he’s fatally wounded, bleeding everywhere as he struggles to re-open the hatches and climb onto the roof.

After a final, touching conversation via radio with Swann, Bond is vaporized by the incoming missiles. There’s no twist, no daring escape. If anything, Bond seems at peace in his last moments of existence.

Critics often damned Craig’s five-film run as bleak and virtually humorless. Where’s the fun? they asked. Where’s the sense of adventure? “No Time to Die” does nothing to counter that criticism: Major characters die, Bond is a broken-down retiree (Nomi makes a joke about shooting him in the one knee that still works), and the ending is fatalistic.

But the film—and Craig’s multi-film performance as Bond—capture the pessimism and gloominess that often infected the literary version of the character. As envisioned by Fleming, Bond is a man keenly aware that he’s living on borrowed time; at moments, he even seems to crave the idea of dying in a blaze of glory.

Near the end of “Moonraker,” for example, Bond is captured by arch-villain Hugo Drax, who plans on launching a nuclear missile into the heart of London. A severely beaten Bond and a fellow agent named Gala Brand are tied up in Drax’s office near the missile’s launch-pad. After using a blowtorch to break free, Bond comes up with a plan to “light a last cigarette under the tail of the Moonraker,” which he hopes will ignite any fuel vapor and destroy the rocket.

When Brand dismisses the idea as foolhardy, Bond admits that he’s been harboring a desire for a heroic death for decades:

“Cheer up,” he said, walking over to her and taking one of her hands. “The boy stood on the burning deck. I’ve wanted to copy him since I was five.”

Fortunately for the book series, Brand comes up with a better plan that ensures their survival. But that isn’t the sole example of the literary Bond’s morbidity of the soul. From earlier in “Moonraker”:

“On these things he spent all his money and it was his ambition to have as little as possible in his banking account when he was killed, as, when he was depressed, he knew he would be, before the statutory age of forty-five. Eight years to go before he was automatically taken off the 00 list and given a staff job at Headquarters. At least eight tough assignments. Probably sixteen. Perhaps twenty-four. Too many.”

Unlike the cinematic Bond who guns down rival spies and mercenaries with a quip, the literary Bond is also given to guilt-riddled introspection about ending lives. He spends most of the opening chapter of “Goldfinger,” for instance, trying to assuage his creeping guilt over killing a Mexican assassin:

“Anyway, people were killing other people all the time, all over the world. People were using their motor cars to kill with. They were carrying infectious diseases around, blowing microbes in other people’s faces, leaving gas-jets turned on in kitchens, pumping out carbon monoxide in closed garages. How many people, for instance, were involved in manufacturing H-bombs, from the miners who mined the uranium to the shareholders who owned the mining shares? Was there any person in the world who wasn’t somehow, perhaps only statistically, involved in killing his neighbour?”

This isn’t the “fun” Bond portrayed on-screen by George Lazenby, Roger Moore, and Pierce Brosnan; nor is it Connery’s smooth, effortless operator. Timothy Dalton managed to capture some of that weary cold-bloodedness (“If he fires me, I’ll thank him for it,” he snaps at one point), but with his run limited to two films, he didn’t have the chance to fully explore the character’s nuances in the same way as Craig.

After the increasingly ludicrous tone of the Brosnan films, the decision by Craig and the producers to return Bond to his roots as a damaged, lethal bureaucrat—“a blunt instrument,” he’s called at one point—was perhaps the wisest one. The result wasn’t the epitome of cinematic escapism, but it did align far more closely with Fleming’s vision. And in “No Time to Die,” the character finally got what he wanted since the Cold War—a heroic death. 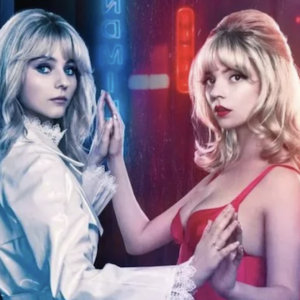 When I saw Last Night in Soho, the vivid new film from Edgar Wright, I couldn't help but be reminded of a film that came...
© LitHub
Back to top