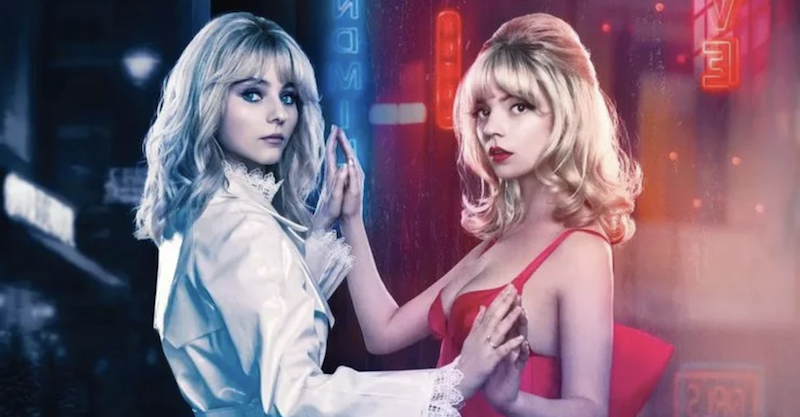 Rather than romanticize the past, the new film demands that you understand the bad alongside the beautiful.

When I saw Last Night in Soho, the vivid new film from Edgar Wright, I couldn’t help but be reminded of a film that came out a decade ago, Woody Allen’s Midnight in Paris. In Last Night in Soho, a young London fashion student named Ellie (Thomasin McKenzie) discovers that, at night, her apartment has the power to transport her into the 1960s. This is ideal, because she has always longed to experience the glamour of this bygone decade; wandering around downtown London, shadowing a glamorous wannabe-starlet named Sandie (Anya Taylor-Joy), she feels that she finally is where she belongs. Similarly, in Midnight in Paris, a writer named Gil (Owen Wilson) travels to Paris, where he discovers that, at night, he can slip back into the city as it was in the 1920s—an era he vastly prefers to the modern day and which seems to suit him more.

The similarities between the two might seem to stop here, since Midnight in Paris is a romance while Last Night in Soho, co-written by Wright and Krysty Wilson-Cairns, slips into something less comfortable and becomes a horror movie. As Ellie grows attached to Sandie (literally—in these dreams, it seems she IS Sandie, and in the daytime she changes her appearance to emulate Sandie’s style), she begins to feel that something bad had happened to her. Horrifying, gruesome visions from the past begin to invade her mind, even in her waking hours, and she is soon stalked by an army of ghoulish figures—grayish, faceless men-monsters—who seem to have followed her from that era into the present day, determined to capture her.

Ellie has her suspicions about Sandie’s fate; she believes that Sandie’s snakelike club-promoter boyfriend Jack (Matt Smith) murdered her, and did so without prosecution or punishment. Haunted by macabre images of bloody crimes, but galvanized by a sense of justice, she becomes determined to try to save Sandie, somewhere and somehow, and bring her abuser to justice. Thus Last Night in Soho, whose tremendous first act is all frothy cocktails and dances with handsome gentlemen in skinny-ties, deconstructs a darker reality about this alluring mid-century playground: that it has been built from and designed to maintain a culture of belittlement, objectification, and exploitation of women.

Last Night in Soho, whose tremendous first act is all frothy cocktails and dances with handsome gentlemen in skinny-ties, deconstructs a darker reality about this alluring mid-century playground…

Which brings me back to Midnight in Paris, a film which as I have said was written and directed by Woody Allen, a man long known to be a creep, who, in the 1990s, shortly before marrying his partner’s adopted daughter, was accused of being a pedophile and serial predator of young girls. In 2014, nineteen years after these allegations first came to light, his own adopted daughter Dylan accused him of this abuse, in an op-ed in The New York Times. This is what I thought of when I saw Last Night in Soho—how its first act, which is a dreamy sham concealing an underbelly of misogyny, seems to emulate the plot of Midnight in Paris so strongly, while the world of Midnight in Paris, and indeed every world Allen has made for potentially his whole career, have similarly been dreamy shams concealing an underbelly of misogyny.

Last Night in Soho knows who the bad guys are, for sure, and it wants you to know that they are everywhere. Perhaps the same could not be said, a few years ago, of the film’s co-writer and director, Wright, whose last film, Baby Driver, featured two actors later accused of sexual assault: Kevin Spacey and Ansel Elgort. It’s easy to read Last Night in Soho as one shocked man’s artistic response to discovery of all these other men’s crimes, a realization (however late in the game) that glitzy, ritzy industries are often run by sinister men with nefarious intentions, either leveraging their power to make one a star in exchange for sex, or feeling powerful enough to take sex from the lowly, in the first place.

Last Night in Soho seems to turn and look back at the 1960s in a kind of horror, realizing that however bad things are in today’s entertainment industries, they were doubtlessly worse back then. The film does this at the start by making its lead character, the young girl Ellie, worship a hyper-specific, very gendered aesthetic of this era. Ellie isn’t (as far as we know) into the boundary-pushing of the 60s, the sexual revolution or the protests or the hippie culture or any of it. Ellie prefers the particular 60s iconography that has evolved from the 50s, a kind of demure sex kitten vibe. In other words, she does not want to be Janis Joplin as much as Brigitte Bardot.

Nostalgia can be dangerous, the film seems to wag its finger while saying, because it can take you in. And boy, does the 60s world of Last Night in Soho take you in! The film’s entire first act, in which Taylor-Joy pouts and bobs around in a column of frothy pink tulle, is all gorgeous, groovy phantasmagoria. When Ellie first forays into the club (appearing as Sandie to everyone else around her) the scene erupts into a splendidly surreal dance sequence that spins Sandie into Ellie and then back again. The music, as in all Edgar Wright films, bops and pulsates in all the right places.

And, it must be said, the cinematography, by the master Chung-hoon Chung, balances its sharply-contrasted chiaroscuro as skillfully as a Flamingo Club waiter carrying twenty cocktails on a tray. The nighttime shots, with slicked-cobblestones and burning neon lights, are works of art on their own, gloriously, artificially neo-noir. When the film leaves this behind in exchange for a darker 60s, you can’t help but be sad that the brightness is gone—though the cold, plunging darkness of the Soho alleyways and the musky shadows of Ellie’s bedroom are also, literally, splendidly fashioned as well. (The film’s most gorgeous moment might be a slow zoom onto Ellie’s face as she sits on her bed, the red and blue lights from the restaurant downstairs flashing across her body in time.)

Article continues after advertisement
The film’s entire first act, in which Taylor-Joy pouts and bobs around in a column of frothy pink tulle, is all gorgeous, groovy phantasmagoria.

Initially, in one of the film’s most stunning visual sequences, when Ellie lands in 60s Soho at night, she walks under a movie theater marquee advertising Thunderball, the 1965 James Bond film. Its enormous, glowing poster features a grinning Sean Connery encircled with a bevy of topless women. What modern audiences might initially read as a harmless hallmark from “another time” is suggested to be another of these many moments of actually-backhanded fakery. Looking at that same poster later in the film, we might more easily observe its complicity in the objectification of women that was indeed rampant in the media of the time. Things are very black-and-white for most of the film: if nothing else, Last Night in Soho wants you to know that in the 1960s, women were actually seen by men as dolls and playthings! And if women couldn’t escape these characterizations, it’s because they were trapped, sealed into their roles like packaged Barbie Dolls.

The film doesn’t blame women for any of this stuff, which is good. But you can almost hear it gasping with shock and betrayal that the 60s could have also been so bad in its treatment of women when it seems so fun. (I mean, anyone who’s ever watched a single episode of any 60s TV show should have known this, but whatever.) As is often the case with characters in horror movies, the film initially seems to be a little hard on Ellie for loving the 60s the way she does. We learn early on that the grandmother who raised her (Rita Tushingham, a 60s icon herself) shared 60s music with her while growing up. Ellie is bullied by the mean girls at fashion college and is nervous about being able to make it on her own in the city. She’s clearly an outcast, but her naiveté in loving the 60s dreamworld is not itself bad. And for a while, it gives her a single real female relationship, with her landlady (Queen of the 60s Diana Rigg, in her last performance).

It is indeed possible to love various aesthetics of an era while having no intention of condoning or forgetting its politics, and there is no evidence in the film to suggest that Ellie does. It makes one wonder if these concepts are so thoroughly linked in the film because Wright had once linked them, himself, in life? Impossible to say. But, in other words, one of the film’s greatest ambitions seems to be to stress that overly-romanticizing the past boards over the suffering that was borne by marginalized folks back then.

This seems obvious to me, but it also seems obvious to Ellie; as we learn about her, we will realize just how strong her love for women, and awareness about what they bear, actually is. Until then, though, we have to watch her be tortured by a torrent of male ghosts, and hit on and condescended to by countless ominous older male Londoners. Despite the film’s myriad visual innovations and indelible imagery, it sags here in attempting to represent the constancy of male threat—feeling narratively and visually repetitive rather than thematically fastidious.

But in time, Last Night in Soho sorts itself out, hurling out of its dark ages towards a genuinely spectacular climax, in which Ellie’s feelings of female-solidarity are put to the test. But until that point, and despite its countless hypnotic visual stylings, Last Night in Soho doesn’t really weigh in with anything consistently meaningful about what it means to be a victim. It doesn’t seem to know much about redemption against patriarchal oppressors or express a true understanding of sexual violence or coercion. But it burns with feeling around these issues—although more second-hand, from the perspective of an enraged late-to-the-game spectator than a former victim or marginalized person.

In this way, the film’s own, primary investment seems to be figuring out how to negotiate between loving art and digesting its realities, rather than artistically digging into certain kinds of trauma. But that is really okay. Last Night in Soho is nothing if not earnest, and, as a vibrant technical masterpiece, it wants you to have a good time as long as you promise to sneak a glance to see what’s out there behind the lighted billboards, hiding in the shadows of the alleyways.

Fatalism Has Always Been at the Core of the Bond Series 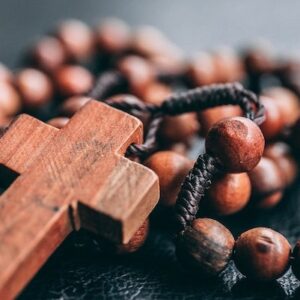 The first question was always the same. And there was only one acceptable answer. “Did you win?” Trial lawyers are gladiators...
© LitHub
Back to top