The sins of the father...

Many of the greatest stories about fathers and children are, at heart, crime stories. Think Laius and Oedipus, or Oedipus and Antigone, think Abraham and Isaac, Hamlet and his Ghost, Fyodor Pavlovich and the sons Karamazov, Pap and Huck Finn. These relationships are built as much around murder, madness, betrayal, revenge and attrition as they are genetics and lineage, to say nothing of love.

Crime lit is no less interested in the darker aspects of parenthood, although it does seem that mothers are often more central to these types of stories. Still, there are plenty of bad dads to be found in the mystery and suspense section of the bookstore, as well as good ones that find themselves pulled into shady territory against their will.

Here are six dark tales of fatherhood crime and noir, just in time for Father’s Day. 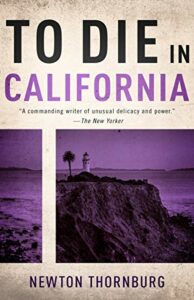 To Die in California, Newton Thornburg

Newton Thornburg is best remembered for his 1976 murder mystery Cutter and Bone, a harrowing examination of the national hangover following the collapse of the free love movement and America’s disastrous involvement in Vietnam. Three years earlier, Thornburg explored similar themes in his other masterpiece, To Die in California, which, like Cutter and Bone, sees an outsider tear through the hedonistic enclave of upper-crust Santa Barbara in order to flush out a murderer.

Here, said outsider is Illinois cattle farmer David Hooks, who receives the shocking—and suspicious—news that his loving, seemingly carefree 19-year-old son has committed suicide while traveling through the coastal paradise. Making his way out to California, David doggedly uncovers a conspiracy that at first seems political in nature, but ultimately proves all too pettily human. Newton’s clean prose and precision storytelling make for a sneakily straight forward read, right up until the haunting final chapter, wherein he brings the emotional hammer down, leaving the reader as broken as his tragic characters. 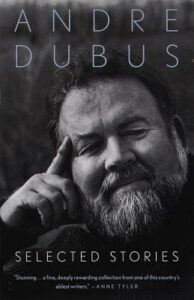 Like his peer and fellow short story master Raymond Carver, Andre Dubus’ fiction took a clear-eyed but sympathetic look at the fraught lives of everyday Americans striving—usually unknowingly—towards a painful form of grace. The direst example of such is surely his 1979 story “Killings”, which, like the previous entry, sees a father seek justice on behalf of his murdered son.

In this case, there’s no mystery to cover. New Englander Matt Fowler’s son Frank was shot in cold blood by his girlfriend’s estranged husband, a local bully whose rich family’s influence sees him released on bail. Unable to live with the idea that his son’s killer will still be younger than himself when he gets out of prison, David decides to take matters into his own hands.

In less than twenty pages, Dubus—who experienced a similar family trauma in real life—lays down a story of Old Testament wrath and judgement that, despite its small scope, feels appropriately Biblical in its significance. If you’re not adequately devastated by the end of “Killings”, there’s always Todd Field’s Oscar nominated film adaptation from 2001, In the Bedroom. 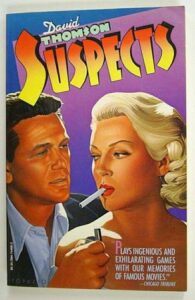 Along with being one of the most renowned film critics of the last three decades, David Thomson is also an accomplished novelist, with at least one masterpiece to his name. Given his main vocation, it’s hardly surprising that the subject of said masterpiece would be film itself. More specifically, film noir.

Suspects is a cult favorite amongst noir aficionados, for obvious reason: the book is made up of several dozen short chapters, each one an imagined biography of a character from a crime or mystery film. These include heroes, villains and supporting characters from movies iconic—The Postman Always Rings Twice, The Maltese Falcon, The Big Sleep, Chinatown, Body Heat—and lesser-known—Caught, Who’ll Stop the Rain, Cutter’s Way, The Gambler—and extend beyond the action of their plots in order to imagine entire histories, inner lives, and shared connections. Far from being a case of mere fan fiction, the book is a deeply personal rumination on the imaginative scope of movies—their grandeur and their limitations.

The reason that Suspects makes this list specifically only becomes clear as the novel—and trust, it is a novel—unfolds. Thomson very slyly builds a narrative out of these seemingly disparate profiles, one that, on paper, reads as utterly ridiculous, but in his hands is as legitimately jaw dropping as it is deeply disturbing. To say much more would be to ruin the book’s dark spell, but suffice to say, the subject of fathers and their children is key to the secret at its center. 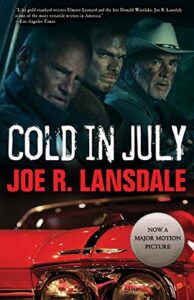 While Texas writer Joe R. Lansdale is known for hopping between the Western, horror and hard-boiled crime novel, Cold in July reads like a combination of all three. What starts out as a straight-forward revenge thriller—mild-mannered civilian Richard Dane finds himself menaced by career criminal Ben Russell after he kills the man’s son in self-defense—takes an even more sinister turn once both men realize that the corpse laying between them may not belong to Russell’s son after all.

Forming a tense partnership, the duo’s search for answers leads them on a journey of horrifying discovery, one which tests all bounds and bonds of family and forgiveness, transforming an already riveting slice of country-friend noir into a truly mythic tale.

(This one also has a killer movie adaptation.) 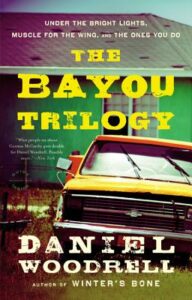 The Ones You Do, Daniel Woodrell

Speaking of southern-fried, this novel from the reigning king of “country noir” is ostensibly the conclusion to an early trilogy of detective novels, but really, it’s its own beast. Unlike the two novels that preceded it—Under the Bright Lights (1986) and Muscle for the Wing (1988)—this 1992 novel focuses not on Rene Shade, the hardscrabble boxer-turned-detective who traverses the seedy and dangerous river city of St. Bruno, but his ne’er do well father, John X Shade.

A washed-out ladies’ man, pool hustler and bartender, John X. returns to the family and son he abandoned after being himself jilted by his much younger wife, who absconds with a sizeable bundle of cash that belongs to their very dangerous employers. Left holding the bag (but not the money), John X. flees to St. Bruno and attempts to put things to right with his sons. He might have succeeded too, were it not for the diminutive and psychotic hitman that tracks him down, culminating in a touching, but totally unsentimental ending that combines noir’s inherent fatalism and cruel irony with a heavy dose of pathos. 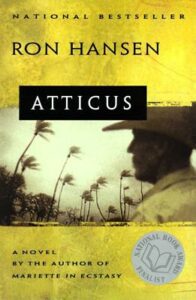 In many ways, Ron Hansen’s 1996 novel Atticus reads like a south-of-the-border version of the first entry on this list, To Die in California. Like that similarly ruminative and elegiac novel, our protagonist is a stoic farmer and community pillar who finds himself traveling to a strange land—in this case, an expat hideaway on the edges of the Mexican jungle known as Resurreccion—after learning that one of his sons has committed suicide there. As you can probably guess, he quickly comes to suspect foul play.

Atticus lands its biggest gut punch in its final section, not by way of any grand twists—although there is a twist—but through a finely detailed examination of the lingering effects of guilt and regret. Like many of the other examples on this list, there is a mythic, even spiritual dimension to this story, with a father’s descending into the underground to search out a lost son. Here, Hansen makes that decent literal, before bringing us out the other side. 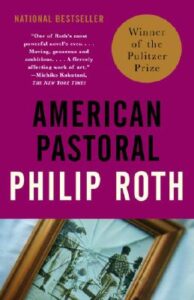 The Pulitzer Prize-winning American Pastoral also features a father’s decent into hell in order to try and extract their fallen child, but unlike Atticus, there is no redemption to be found. Instead, Roth’s story—which charts the collapse of an upstanding Newark family amidst the furious social and political upheaval of the 1960s and the violent radicalization of their only child—rips the reader away from the peace and prosperity of its namesake American pastoral and throws them headlong into, to quote Roth himself, “the indigenous American berserk.”

Along with being a heartbreaking look at a father’s limitless love for his child, American Pastoral is also the story of an unforgivable transgression, making it the modern American equivalent to Dostoevsky’s Crime and Punishment. The book also contains one of the most startling final scenes of the last quarter century, a literal fork in the eye of to the very archetype of the revered paterfamilias. Happy Father’s Day indeed! 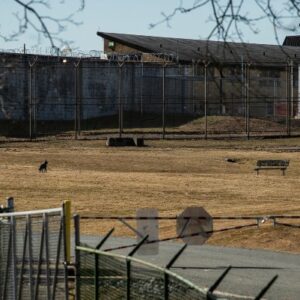 New Jersey’s most dangerous women can be found in a four traffic-light town not reachable by public transportation. From...
© LitHub
Back to top