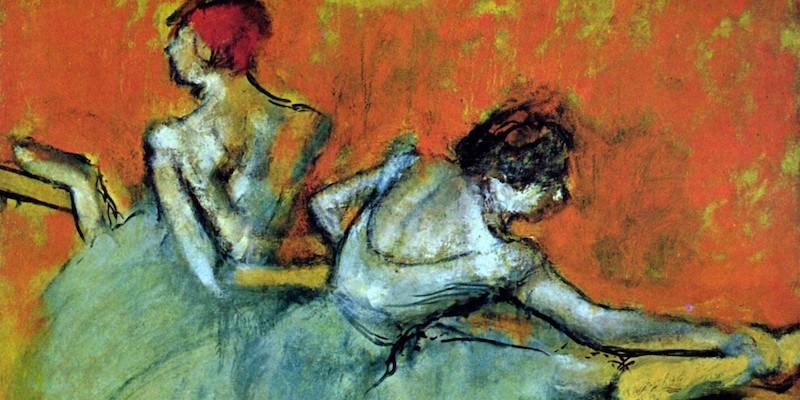 .On ballerinas, womanhood, and the patriarchal control behind "self-discipline"

Just before the first lockdown, I went to see a performance of Swan Lake at the Royal Opera House in London. I was halfway through writing Watch Her Fall, a thriller about two rival ballerinas and settled into the red velvet chairs under crystal chandeliers, grateful that I got to call this ‘work’.

For the most part, I had the same response to the Swan Lake as the rest of the audience: awe at the dancers’ beauty and gravity-defying leaps; immersion in the dark fairy tale and the twisted love story; and of course, Tchaikovsky’s score tugged my tears from their hiding places. But I’m willing to bet my next book deal that I was the only one thinking about the logistics of committing a murder behind the scenes. I found myself trying to gauge how heavy the scenery was and if it would crush a woman if it toppled onto her. I wondered how easy it would be for a male dancer to drop his partner in front of a thousand people and make it look like a mistake.

After the final encore, my fellow fans went to the taxi rank or the merch stand. I, meanwhile, went to the nearest bar and dictated a voice note about how, if I were a jealous young ballet dancer, I might destroy my rival’s career. When I got to the part about ‘shards of glass in the ballet slipper so she bleeds out’ the guy at the next table moved away. When I started describing a spotlight trained on the slick red gloss of blood on a black stage floor, I emptied half the bar.

‘I’m a crime writer,’ I said, feebly, but the few remaining drinkers looked convinced. I write psychological thrillers – books about ‘ordinary’ people thrust into extreme, life-threatening situations. We’re talking crimes of passion rather than organised, career criminals; individual relationships rather than conspiracies. Watch Her Fall is set in the cut-throat world of elite ballet and is a heightened exploration of a theme I return to time and again. Crime fiction is a place to explore my obsession with what it means to move through the world in a female body; the unique challenges and vulnerabilities as well as the strengths and joys that come with womanhood.

Forget the little-girl fantasies of handsome princes and pink tulle. Ballet is as dark as it gets. The plots are shot through with suicide pacts, fatal curses and ghosts. Just as the possibility as death must hover over every page in crime fiction, ballet too is loaded with physical risk. One false move, one ripped tendon, and your career is over. It’s no coincidence that at the end of the two most iconic movies – 1947’s The Red Shoes and 2011’s Black Swan – the heroine twirls to her death.

Ava, the heroine (actually? that’s for my readers to decide) of Watch Her Fall, is not an ‘ordinary’ woman but elements of her life sum up the female condition. As I developed the story I realised that although few of us can relate to a life of international renown or world-beating excellence, ballerinas are nonetheless living an extreme version of womanhood, its specific fears and angers. I posited this theory to a crime-writer friend, over at my place for drinks. ‘If you think about it, we’re all ballerinas,’ I said. She looked at me, sipping a wine cooler in elasticated sweatpants, and raised an eyebrow.

But hear me out.

Most obviously, there’s body image. Ballet—and society in general—is thankfully moving away from the frail, Eurocentric look that has dominated everything from the stage to the runway to the movies for the best part of a century. But that’s not to say dancers are immune from the pressure to look a certain way. Talented young dancers can be ousted for becoming too tall or suddenly developing hips. All ballerinas have a complicated relationship with the mirror—they practice in front of one every day—and honestly? I have never met a woman totally at ease with her reflection. Wherever we go, whatever we’re doing, there’s always something or someone to remind us that our worth is dependent on our looks. That, despite the progress made by the body positivity moment, to have not an ounce of spare flesh remains the ideal.

Which brings us to discipline and control. Themes of control pervade the ballet just as they do in real life. We applaud the self-control it takes a dancer to learn the craft, to say no to that extra cookie, to sacrifice dating and drinking and free time. But they are often subject to the control of others; coaches and choreographers—traditionally men—mould ballerinas to their own ideals while they are still children. It’s a perfect metaphor for the crushing power of patriarchy. From girlhood, women are encouraged to put others’ needs first. For most of us, that means playing second fiddle to men in the boardroom, taking on the ‘second shift’ of parenthood or simply vanishing into motherhood. In ballet, that need to submit has created a culture where degradation tolerated, almost encouraged, because it gets results. Never mind what all that time at the barre does to a developing body. What does that constant stifling of the self do to a developing brain? Ava in Watch Her Fall is a world-class dancer but emotionally a child thanks to her domineering father. That’s part of what pushes her to the brink.

Not that she shows it, or not at first anyway. The ballerina is in constant agony even when she’s not dancing, but she’s not allowed to express it. She is expected to remain poised, dignified, an embodiment of ballet’s impossible brand of femininity. Ballerinas are the world experts at smiling through the pain but any woman who’s toughed out a job interview with agonizing stomach cramps or sat through her tenth Tinder date where the guy hasn’t asked a single question about her or gone to work after staying up all night with a puking kid will be able to relate. It’s a generalization but a truism nonetheless that while men externalise their pain (fists, guns, sexual assault) women tend to internalize theirs (self-harm, eating disorders). The pressure to show the world a perfect face even when things are falling apart behind the scenes has never been higher in this Instagram world, where the chasm between what is presented and what is real seems to widen every year.

Psychological thrillers are often about women who hold it in, hold it in, hold it in… and then blow. What I love about the genre is that the narrator is as likely to be a perpetrator as she is a victim. The women in my books, like a dancer who’s been made to twirl on bleeding toes one too many times, have had enough of being coerced, controlled, asked to deny who they are. Psychological thrillers are also about women who rage and connive. I’m more fascinated by the ugly compulsions—jealousy, sabotage, violence—than I am by the more acceptably ‘feminine’ ones. It’s the duality, the tension between the two extremes, that drives the action in Watch Her Fall. It’s Ava’s struggle to reconcile the perfect self she must present to the world with the darkness within that eventually leads to murder. Whose blood is that on the stage floor? You’ll have to read the book to find out. 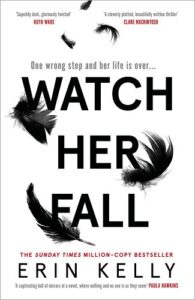 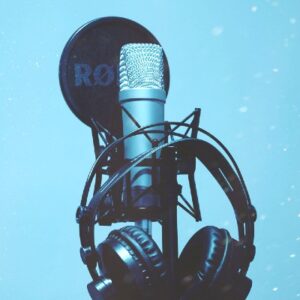 Is spooky season over already? No sooner had I un-donned my Elizabeth-Holmes-at-Burning-Man costume than it was time to crank...
© LitHub
Back to top