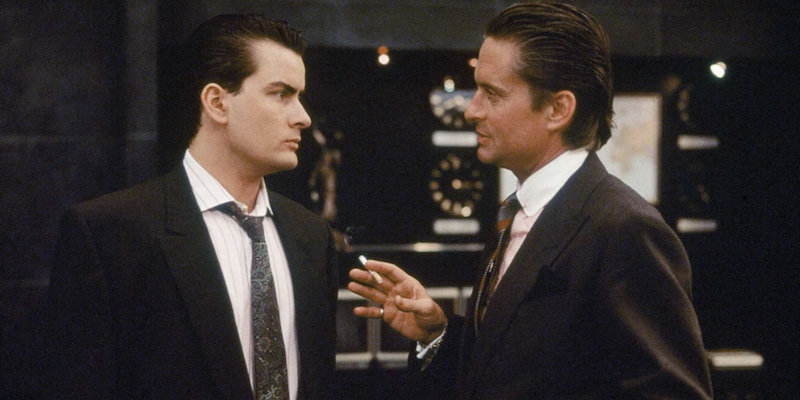 Money and murder make for an irresistible combination for a thriller. The world of high finance is one that I have always found compelling, not only because of the enormous amounts of money—earned, lost, and spent—that are at play, but also due to the types of people who inhabit that world. They risk everything, every day. Immersed in that type of work experience, it is hard to imagine they have normal lives after the markets close.

What I love most about these books is that, as a practicing attorney who has represented real-life masters of the universe, it is apparent that the lords of Wall Street could not be more different as personality types from people like me. Lawyers are by nature risk-averse, finding comfort in the security of a system of set rules. Financiers, on the other hand, are decidedly not cut from that cloth. As a result, escaping into their world, and imaging what life might be like for people with that mentality, never ceases to thrill me.

Like any industry, Wall Street has its own jargon. Some of the terms are ones in common usage, even though not everyone really understands what they mean: bid/ask (the price someone is willing to pay for a security and the price a security is being offered for); puts (options to sell someone a security, i.e. to put it to them); long position (owning a security); short position (selling a security in the future). Other terms are completely foreign to those who do not work in finance (and even some who do): front-running (a sophisticated form of insider trading); DK’d (when a client refuses to pay for a security claiming he didn’t know the broker was buying it for his account); odd lot (any purchase of under a million shares).

As a lawyer trying financial cases before a jury, one thing I always try to do is demystify the world of Wall Street and make it accessible to the jurors. When I’m writing a financial thriller, I’m trying to do the same thing, except now my audience is the reader.

For me, the books that are the most enjoyable are those that take me to a world I didn’t know, or that give me an enriched view of a world I thought I knew. That includes the books that are set in far off lands, or different eras, or that simply involve people not like me. The best financial thrillers make you feel as if the millions of dollars that are at risk are coming out of your own pocket.

My favorite “Masters of the Universe” Wall Street thrillers accomplish these goals, allowing the reader into a world that usually is inhabited only by MBAs, and yet make the world familiar enough to create real thrills that make it seem as if you’re at the center of the action. 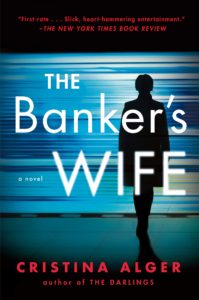 The Banker’s Wife by Cristina Alger

I read this one last summer, and it was terrific. A Swiss banker goes missing, and his widow is left trying to piece together a life that was not what it seemed to be. One of the ways The Banker’s Wife thrills is by telling the story through the eyes of the titular wife. She’s not as savvy to the secret world of Swiss banking as her husband, but she is determined to learn all she can. While reading it, I felt like the banker’s wife, trying to unravel the scheme as she does, with the same information (and knowledge) that she has. 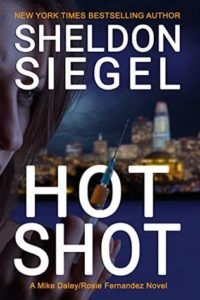 I’m a big fan of Siegel’s work, a fellow attorney-turned-thriller writer. In his latest, Jeff King, a Silicon Valley tech startup creator, is found dead, just about at the same time that his company is on the cusp of a widely anticipated IPO. It’s a thrilling read that highlights high finance, West Coast-style, and teaches you everything you’d ever want to know about Initial Public Offerings. 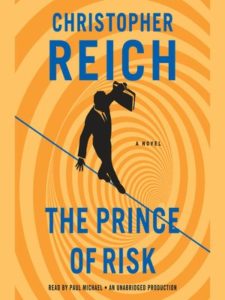 The Prince of Risk by Christopher Reich

The world of high finance, terrorism, and Washington politics collide when the chairman of the New York Stock Exchange is murdered on the White House lawn, and his son, a hedge fund manager, sets out to find out why. 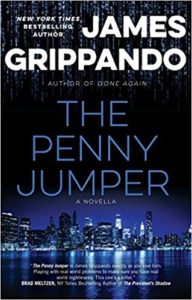 The Penny Jumper by James Grippando

Grippando’s books never disappoint, and this one follows a young scientist who invents a new algorithm for trading. Amidst its high-stakes drama, The Penny Jumper exposes the world of high frequency trading, where billions can not only be won and lost, but where it can all happen in a second. 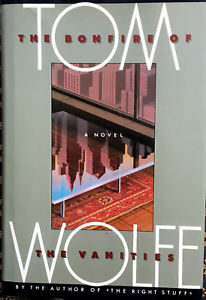 Bonfire of the Vanities by Tom Wolfe

It may not be a classic thriller, but it is a classic and thrilling in its description of “Masters of the Universe” in late-1980s bond trading. It was my first exposure to this world, and at the time I knew very little about being a bond salesman, but Wolfe’s prose makes it clear that Sherman McCoy is responsible for taking huge risks and does so without breaking a sweat. Not to be confused with the movie of the same name starring Tom Hanks, which is famously terrible.

Also not a thriller in the technical sense, but Michael Lewis’s semi-autobiographical story of Salomon Brothers bond traders in their heyday deserves to be among any list of Wall Street books. I read it when I was representing a Salomon Brothers trader in a bond trading scandal in the early 1990s, and found it a must-read for understanding the trader’s life. The “no tears” liar’s poker game between John Meriwether, the head of mortgage at Salomon, and John Gutfreund, the CEO of the firm, establishes those two men as characters as good as or better than any I have ever read in fiction. 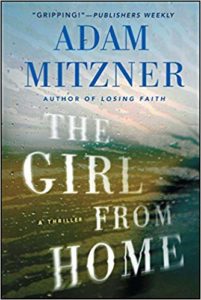 The Girl From Home by Adam Mitzner

If I were allowed to self-promote (beyond my recommendation of A Matter of Will), I’d also include on this list my novel about a hedge funder named Jonathan Caine, who returns home for his 25th high school reunion and falls in love with the most popular girl from back in the day. The financial machinations at its center is based on a case I had. I am especially proud of this book because I thought it captured all the things money can and cannot buy, with a twisty murder mystery to boot.

Adam Mitzner is the best-selling author of a number of thrillers concerned with the high-stakes world of high finance dealings. His latest novel, A Matter of Will, is now available from Thomas & Mercer. 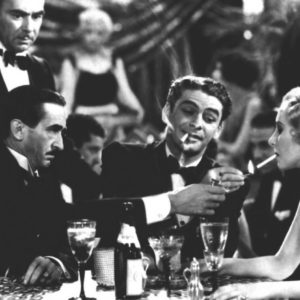