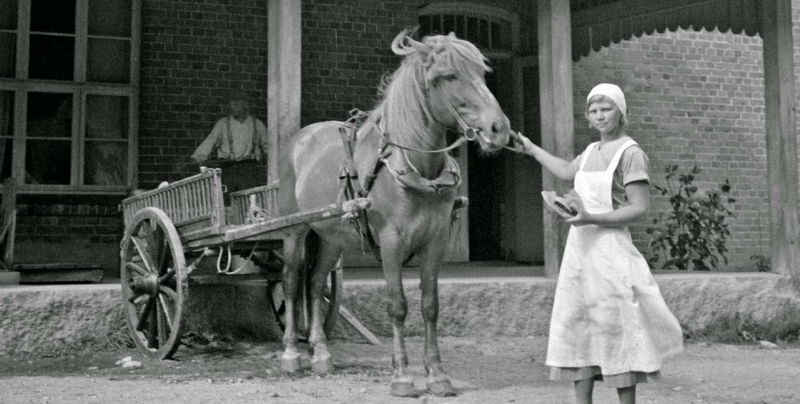 Nordic Noir is nowadays a widespread, coverall concept for depicting Scandinavian crime fiction of the dark kind. Reading Nordic Noir you get the impression that all of Scandinavia is comprised of violent societies, dark secrets, and inhabitants with screwed up sex lives harboring thoughts of murder, or at least of suicide. The nights are endless and foreboding, except in the summer when they are endlessly light, which can also be foreboding in its way.

When it comes to crime fiction from Sweden, Denmark, Norway and Iceland, Nordic Noir is perhaps an apt term. After reading, say, a Swedish crime novel, I do get the impulse of disappearing deep into the woods and stringing myself up. They are so depressing and sinister.

But in this, as in all matters, Finns are of a different ilk. In Finnish crime stories humor has always played an important part. The earliest of the three whodunits by Mika Waltari, the internationally acclaimed author of historical novels (The Egyptian, The Dark Angel et al.), starring Detective Inspector Palmu of the Helsinki CID, appeared in 1939 after winning the Finnish section of the Scandinavian detective story contest of 1938, and Waltari’s flair for subtle comedy is apparent in all three. In contemporary Finnish crime fiction humor is even more conspicuously present. The police protagonist of my own Raid series, detective lieutenant Jansson, was recently voted third most popular police officer depicted in fiction, largely because of the humor written into this character.

Thus, discussing Finnish crime fiction we ought to remember that our kind of noir also entails many different shades on top of just black.

Admittedly, this may seem strange, for in Scandinavia it is Finland that enjoys the grimmest reputation among its neighbors. Finland is known, by default, as the darkest, pitch-black corner of Scandinavian darkness (in actual fact, Scandinavia is one of the wealthiest, most idyllic and peaceful areas in the world).

Finland is a sparsely populated buffer zone between the east and the west. Statistically, the rate of violent crime in the country surpasses those of all our neighbors. This also applies to the suicide rate, which shows Finland to be a top nation worldwide and easily beat all of Scandinavia. Also, there are more weapons in private ownership per capita in Finland than in any of our neighbors; and as for the number of heavy and death metal bands, in proportion to the country’s population, it tops the world charts.

Further, in the Second World War Finland was the only Scandinavian nation to put up a fight for life. Between 1939 and 1944. Norway and Denmark were pretty much marched over by the German Army, with nary a shot fired; Sweden withdrew into its cloak of neutrality; and Iceland welcomed the occupation by Allied troops. In the south, Estonia gave into Stalin’s ultimatums and was duly annexed to the Soviet Union, as was the case with her Baltic neighbors, Latvia and Lithuania. Similar ultimatums from the Kremlin were issued also against Finland, but we were the only ones to courteously decline and instead stand up in arms against an overwhelming enemy sixty times larger by population alone. In the ensuing conflict, Finland suffered casualties amounting to 70,000 lives lost, whereas on the Soviet side the death count was manifold. The war proved worth the fighting, though, as Finland retained its sovereignty, even if those battle scars were inherited from one generation to the next and are, consequently, still in evidence.

In Scandinavia, the unholy trio of hard liquor, a knife and a Finn have become the stuff of legends.

In Scandinavia, the unholy trio of hard liquor, a knife and a Finn have become the stuff of legends. The combination of boozing and brooding all through the dark winter nights often results in gruesome mayhem. This combo is so legendary that, when in the early years of the 20th century a multitude of Finns emigrated stateside in search of a better life, their reputation crossed the Pond with them. Thus in the cities and burghs where Finns became established, you would find a notice on the door of your local bar announcing: No Indians or Finns permitted on the premises.

And when, some half-century later, another multitude immigrated to affluent Sweden, hoping to escape massive unemployment at home in the 1960s, the Finnish way soon became familiar over there as well. The phenomenon known as En Finne igen was born: whenever local newspapers wrote about assault and battery, homicide, muggings and other such offenses, they never missed the chance to point out that the perpetrator had been yet another Finn, whose infamous knife, as everyone already knew, came easily unsheathed under the influence.

From the Finnish standpoint, it does seem that whichever direction we gaze at, the local national mentality always lightens up. Beyond our Eastern border lies Russia, in the west are Sweden, Norway and Iceland, in the south Estonia and, further off to the SW, Denmark. In the east, people sing and dance the trepak while smashing vodka-shot glasses against the wall. In the west, you are liable to run into the insufferable frivolity and optimism of Sweden (except in the deep Finn Forests of Värmland, near the Norwegian border, where our immigrants have dipped into the local gene pool for several centuries already), the smugness typical of Norway, not to mention the Danes further south. Only Icelanders, isolated on their tiny arctic island, seem a genuinely serious people, almost a kindred folk.

Thus, you might be forgiven to think that it is the Finnish crime writers who are the grand masters of Nordic Noir, coming as they do from this superpower of somberness, Finland. After all, if anyone, we Finns are the ones intimately familiar with the inherent inspissated gloom and darkness. Even our most loved evergreen songs are usually concerned with the somber things in life, such as death, separation, treachery…no Portuguese fado can hope to match the typically dark mood of Finland’s top of the pops.

Despite all of the above, or because of it, Finnish crime novels show a greater touch of the comic relief than their Scandinavian counterparts put together. Perhaps our neighboring scribes revel in Nordic Noir for the very reason that they find it so exotic. Whereas we who live it every day tend to find the present ubiquity of the concept getting a trifle old. For if you toil all day in a candy factory, you hardly need to cater to your sweet tooth at home. And if you toil in a brothel…well, I wouldn’t take any bets on that. Personally, however, I fail to understand the enormous worldwide success that the late Stieg Larsson’s depressing Millennium books enjoy. As a publisher, I’d have sent Mr. Larsson back to the drawing board, demanding he condense his manuscript by half and inject the text with some humor.

Article continues after advertisement
Perhaps our neighboring scribes revel in Nordic Noir for the very reason that they find it so exotic. Whereas we who live it every day tend to find the present ubiquity of the concept getting a trifle old.

On top of my standalone books, I have been writing three different series of crime novels. One has a protagonist known as Raid, a likeable enforcer/hitman; the other boasts a pair of undercover cops, Johnny & Bantzo, friends since childhood and currently colleagues in vice. As the latter series’ title suggests, Johnny & Bantzo mine the comic vein of crime fiction. The third series, with a Jewish homicide lieutenant Ariel Kafka as protagonist, is the most sober-minded of the lot. Yet compared with other Scandinavian crime novels, it shows a definite predilection for comedy. All in all, on a pan-Scandinavian scale (excepting Finland), I seem to be a humorist.

Books in the Raid and Ariel series have been translated, besides English, into German, Italian, Swedish, Estonian, Georgian, Russian, Polish and Hebrew. Judging by reader feedback, the Raid novels especially seem to tickle the audience’s funny bone. It would be interesting to find out whether readers in various countries laugh at similar things. On the other hand, none of the Johnny & Bantzo books has been translated into any other language. Perhaps those publishers on the lookout for comic fiction fail to turn their radar towards Finland. However, it would pay off. For Finland is also a megastar of mirth. Only a couple of years ago, the Finnish stand-up comedian Ismo Leikola won the title of “The Funniest Person in the World” in a Hollywood contest!

And as a crime writer not averse to comedy, yours truly is certainly no lone wolf in Finland. We have a host of similar-minded colleagues, such as Reijo Mäki, Tapani Bagge. J.P. Koskinen, Jarkko Sipilä, Markku Ropponen, Christian Rönnbacka, to name but a few. So, partial as I am to Finnish humor, I do hope that in the future our local variety of Nordic Noir, one instilled with comic touches, will gain a footing also internationally. Thrilling reads are so much more enjoyable when you get to chuckle occasionally at a comic relief. Let’s hear it for Finnish Noir!

Harri Nykänen (b. 1953) is a crime novelist whose knowledge of the underworld is based on 20 years of experience as a crime reporter at Helsingin Sanomat, Finland’s largest newspaper. He has authored more than 30 books that portray the rules and customs of the Helsinki criminal world. His accolades include a nomination for the Glass Key award for the Best Scandinavian Crime Novel in 2004. Raid, an assassin starring in ten of his books, has become iconic in Finland, and been adapted into a movie and TV series. Nykänen has also gained international attention for the Ariel Kafka series featuring a Helsinki-based Jewish policeman. Bitter Lemon Press has just published the third book in the Ariel Kafka series, Holy Ceremony (March 2018) which follows Nights of Awe and Behind God's Back. 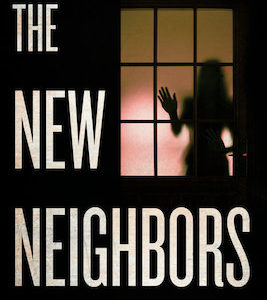 It’s the waiting. That’s what’s getting to me, way more than I thought it would. It’s like the time I went for blood...
© LitHub
Back to top