Sarah Weinman on the Man Who Launched the Genre's Legends

Crime fiction criticism was something I fell into by accident. I started a blog, with the ridiculous name of Confessions of an Idiosyncratic Mind (seriously, why? I no longer remember. But once announced, it stuck) in October 2003, and a mere three months later I reviewed a mystery novel for the Washington Post. Some months after that I began a column for the Baltimore Sun, and subsequent ones for the Los Angeles Times, the Barnes & Noble Review, the National Post, and now here at CrimeReads.

I only rattle off these bona fides to show I was too busy writing about crime novels (and less frequently, crime nonfiction) to step back and consider those who set the critical path for the likes of me. Which isn’t to say I didn’t read the recent practitioners. I did: Marilyn Stasio, now in her thirtieth year as the New York Times Book Review‘s columnist; Tom Nolan at the Wall Street Journal, Oline Cogdill at the Sun-Sentinel for years (before going freelance several years ago); the late, great Dick Adler, who held court at the Chicago Tribune for eons; Paula Woods at the LA Times; Adam Woog at the Seattle Times; Jon L. Breen at Ellery Queen’s Mystery Magazine and Mystery Scene. I learned a lot from reading their work, corresponding with them, and occasionally working with them. I still do.

But my archivist-historian self didn’t think a lot about the critics of earlier generations. Those who were honored when the Mystery Writers of America, for a few scant years, included a category for Best Mystery Criticism. So periodically, The Crime Lady will carve out some space for these bygone writers and editors, who loved crime fiction enough to write and analyze it on a regular basis. There’s no better critic to begin with than Howard Haycraft.

Crime fiction criticism, for Haycraft, was a side hustle. He was a bookman by training, joining the library reference publisher H.W. Wilson in 1929 and staying there for the rest of his professional life, rising to vice president (in 1940) president (in 1953) and chairman (in 1967), before finally retiring in 1970. While at the company, Haycraft co-edited a number of author series—“20th Century Authors” and “19th Century British Authors” and the like—with poet Stanley Kunitz. There was much to keep the native Minnesotan busy at the day job. And if his name sounds familiar at all, it’s as a hyphen to Ellery Queen in their shared pivotal list of standout mystery novels, known as the “Haycraft-Queen Cornerstones.”

But the side hustle is why Haycraft holds influence in the crime world, and one particular example: Murder for Pleasure, his 1941 history of the first hundred-odd years of detective fiction. He begins with Edgar Allan Poe, ably dispenses with Wilkie Collins and Arthur Conan Doyle and their league of imitators (and in some cases, innovators), before landing upon Agatha Christie as the leader of the “Golden Age,” which Haycraft identifies as happening between 1918 and 1930 (since post-1930 qualifies as “the Moderns.”)

He largely gets the posterity prediction correct, as well as who the best or most influential mystery writers are—the only curious omission was Metta Fuller Victor for her pioneering novel The Dead Letter, but readers and critics were only dimly aware she wrote under the pseudonym of Seeley Regester (that connection emerged in later decades.)

Pleasure, as one would hope, is a key component of Murder for Pleasure. Haycraft wishes nothing more than the reader to take pleasure in crime fiction, and in his writing. So there are lists (“A Detective Story Bookshelf”) that offer a window into which books Haycraft believes stand out as the best of detective fiction, and also a catalog of which of these novels are utterly forgotten. Anthologies, too, are noted, and it’s a surprise how few existed in 1941—not even twenty, by his count.

Haycraft argues, with particular insight to my mind, that “virtually all the detective stories worth the name have been produced by those (doubly fortunate!) nations that have longest enjoyed the privileges of democracy.” Obviously, more than seventy-five years ago, crime fiction written within dictatorships or non-democracies had not yet been published—for example, the foundational Russian detective writer Julian Semyonov was only 10 years old at the time—but Haycraft’s explanation for why detective fiction is a democracy-exclusive exercise carries weight, especially at a time when democracy, both established and new, are under increasing attack.

He quotes E.M. Wrong, who believed detectives “cannot flourish until the public has an idea of what constitutes proof.” Haycraft then elaborates: “For, of all of the democratic heritages, none has been more stubbornly defended by free peoples the world over than the right of a fair trial—the credo that no man shall be convicted of crime in the absence of reasonable proof, safeguarded by known, just, and logical rules.” Dictatorships thrive on show trials and the appearance of such, but of course, as we know, democracies are hardly lacking in unfair trials, wrongful convictions, doctored evidence, and erosion of known facts. No wonder detective fiction flourished during World War II, a subject Haycraft would revisit some years later, and no wonder there’s added interest in the work of Agatha Christie, and other more recent detective writers, at the moment.

Having secured his critic credentials in book form, Haycraft moved on to his next project: The Art of the Mystery Story (1946), an anthology of the most important and entertaining writing about the genre that remains a landmark achievement. It is stunning to note, as Haycraft does in the brief opening piece, that more than forty years elapsed between Edgar Allan Poe’s “The Murders in the Rue Morgue” in 1841 and the earliest-known critical discussion of the genre that Haycraft unearthed, a “pallid and pointless effort at best” appearing in the May 5, 1883 edition of the London Saturday Review.

Mystery criticism, in the year after the war, was still considered a novelty.

Mystery criticism, in the year after the war, was still considered a novelty. An entire volume of genre essays landed, as a result, with fulsome praise, albeit by most of the very critics whose writings appeared in The Art of the Mystery Story. Any volume that gives me an excuse to reread Raymond Chandler’s “The Simple Art of Murder” (revised somewhat for its inclusion in Haycraft’s anthology) or Anthony Boucher’s “The Ethics of the Mystery Novel” or Rex Stout’s cheeky alternate history “Watson Was a Woman” or Dorothy L. Sayers’ “The Omnibus of Crime” is already a cut above, but The Art of Mystery Story is stuffed with critical delights. My own favorite pieces include James Sandoe’s “The Dagger of the Mind,” tracing the origin of the psychological thriller; essays on the mystery market by key book editors Lee Wright, Marie Rodell, and Isabelle Taylor, and Dashiell Hammett’s “From the Memoirs of a Private Detective,” whose style is a forerunner of the work of David Markson, Maggie Nelson, and Jenny Offill.

Howard Haycraft was a pioneer, seeing the full gamut of critical possibilities within crime fiction…[H]e was such a fun writer to read.

I must also single out Haycraft’s “The Whodunit in World War II and After,” which closes the book. It carried the same breathless excitement of the essays in Murder for Pleasure, another instance of how much he loved mystery fiction and how unabashed he was to let the reader know of his love. He also attempted to predict which debutant crime writers during the war years “are most likely to be bracketed by future historians with Sayers and Van Dine and Iles and Hammett—for distinction, originality, and influence in their chosen field.” Haycraft, by and large, got it three-quarters correct, choosing Chandler, Dorothy B. Hughes, and Georges Simenon (the miss: Raymond Postgate, an English author far better known for his socialist leanings and founding the Good Food Guide, still published annually.)

Murder for Pleasure and The Art of the Mystery Story are likely why Haycraft won an Edgar Award for Outstanding Mystery Criticism in 1948. He won a second Edgar in 1975 “for his distinguished contribution to mystery criticism and scholarship” in 1975, and at the time of his death sixteen years later, the literary critic Jacques Barzun—about whom I’ll be writing in a future column—called Haycraft “the great historian of the genre.”

That accolade is true because Howard Haycraft was a pioneer, seeing the full gamut of critical possibilities within crime fiction. But it’s also because he was such a fun writer to read. Even when his insights don’t hold up, Haycraft presented them with such cheer that I found it impossible not to be charmed. And when he got it right, he set the tone for future critics to build upon his work. Reading Haycraft is a reminder that there is no genre to transcend, but instead there is a genre rich with good work worthy of putting in proper critical context.

How to Write the
Perfect Mystery 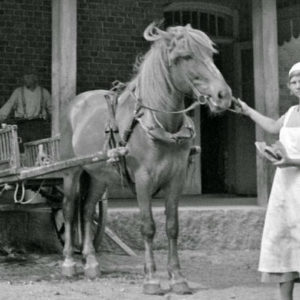 Nordic Noir is nowadays a widespread, coverall concept for depicting Scandinavian crime fiction of the dark kind. Reading...
© LitHub
Back to top