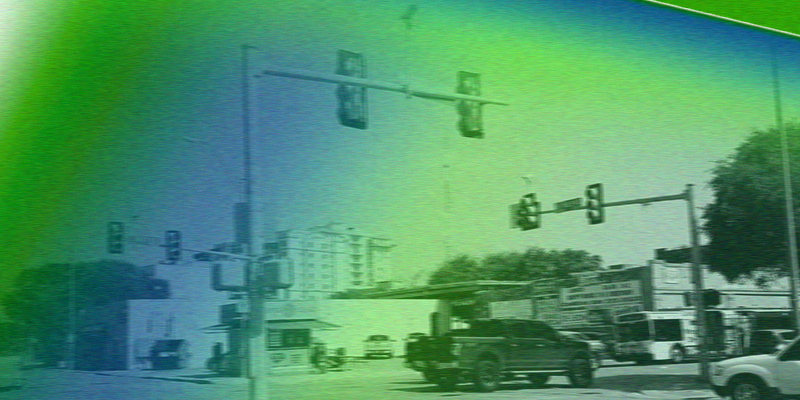 "Where do these urban legends get their power...to stay in the hearts and minds of believers, year after year?"

“Folklore has no beginning and no end.” — Adeline Short Dinger

When I was twelve, my cousin told me about an old witch that lives under a bridge at the edge of town. If you happen to find her at exactly midnight, she’ll grant whatever you desire. But if you find her even a minute later…

We’ve all heard stories like this, passed down through generations, delighting and frightening eager listeners who lean forward to hear the rest of the macabre tale. But from where do these urban legends get their power, their unique ability to spread widely and to stay in the hearts and minds of believers, year after year? The fascination that these stories elicit, and their incredible longevity, are the very qualities that writers yearn to capture when creating their own stories.

Using four urban legends from my hometown of San Antonio, let’s take a look at five story-telling lessons we can learn from them.

In my book The Ghost Tracks, San Antonio’s most famous urban legend is featured prominently. The story goes like this: back in the 1930’s, a school bus full of children stalled out on some railroad tracks on the south side of town. Before the bus could be restarted, a train came barreling down the tracks. It smashed into the bus, killing everyone inside. The legend claims that if you approach the tracks and put your car into neutral, the ghosts of these children will push the car over the tracks to safety, eager to save its occupants from a similarly gruesome fate. Afterward, if you sprinkle baby powder over the car’s trunk, tiny handprints will appear in the white dust.

Is this story true? Erasmo Cruz, the protagonist of The Ghost Tracks, wrestles with this very question after having his own life-altering experience there. For many, the truth of these legends is beside the point. Their ability to settle into our psyche more than justifies their existence. But how do they manage to do that? By utilizing a fundamental story-telling principle ubiquitous to all of these legends: The audience needs to be lured in.

Every writer knows that time is not on their side when attempting to keep a reader turning the pages. We may only get a few paragraphs, or even just a single sentence, to make a strong enough impression. This is a Herculean task, and yet these legends pull it off with ease.

Instead of meandering around, they waste no time in luring the reader in. There was once a bus full of kids who were killed on some railroad tracks… the listener is already hooked. That one sentence is filled with death, tragedy, and the tantalizing promise of eerie happenings. This lesson seems fairly straightforward. And yet, how often do we put down books that fail to grab us right away? Many stories fail because they don’t launch us in headfirst; they take too long to lure the reader in. They could use a lesson from the legend of the Ghost Tracks.

Accounts of The Donkey Lady vary, but most agree that she was part of a farming family at the edge of San Antonio. In either the 1800’s or the 1950’s, depending on the version, she was burned alive by her husband, who also murdered their two children that terrible night. The woman’s features melted, and her fingers fused together to resemble hooves, giving rise to her name. The Donkey Lady now haunts the bridge at Applewhite Road and Elm Creek, seeking vengeance for herself and her children. After dark, visitors to the bridge often hear horrifying brays echoing in the night. And the truly brave stop their car at the bridge, honk their car horns, and call out for the Donkey Lady to appear. This brings us to our second story-telling principle.

Everyone has a story and a sympathetic side. This is true, even of a vengeful spirit like The Donkey Lady. Writers know that the depth of the characters make or break a story. And yet, it is easy to lapse into making antagonists cartoonishly evil, and assigning motivations that exist solely to move the plot along. Only by taking the time to explore their story can we make a character, no matter how hateful, feel alive. The Donkey Lady at first seems like a vile, horrific entity, until we learn the true nature of her pain. If writers can manage to make the reader feel sympathy for the devil, then they know they’ve truly got something.

The Dancing Devil of El Camaroncito

On Halloween of 1975, a dashing young man walked into El Camaroncito Night Club, located on the west side of San Antonio. He wore a white suit and charmed all the young women with his fantastic dancing. Later in the night, one of his dancing partners glanced down and saw something horrifying. Instead of feet, this stranger stood on cloven goat hooves. After she began screaming and pointing, the devil disappeared, leaving behind only the acrid smell of sulfur. This legend demonstrates a powerful principle that will improve your story-telling.

Keep it simple. Like most folklore, this story is easy to tell, and can be summed up in just a few sentences. The simplicity of these legends in part explains their power. While there is often a temptation for writers to weave complex narratives (which we love!), keeping an easy to explain storyline threaded throughout will draw the reader in and keep them engaged. If your story can’t be explained in a few sentences, then there’s a good chance that it’s too complicated.

The Slaughter at Gillespie Mansion

The happenings at Gillespie Mansion are particularly shrouded in mystery. There are many different accounts of what actually occurred. A popular version of the story involves a husband and wife, the Gillespies, moving into a large hilltop house on the North West side of town.

They lived a happy life, until one day, Mr. Gillespie came home in a rage over some bad business dealings and slit the throats of his wife and two children. He then sealed the bodies in a closet and committed suicide. Subsequent owners of the house claim to have heard constant scratching sounds, as if someone were desperately attempting to escape the closet, and loud moans echoing through the mansion. This urban legend demonstrates two story-telling principles.

Curiosity will keep the reader with you. It is crucial that readers are desperate to know what’s going to happen next. But how does one pull off such a thing? The answer is a tool that most urban legends employ. They set the story up in such a way that the listener is automatically curious about the events in question. Who wouldn’t want to know about bizarre murders that occurred in a mysterious hilltop mansion? Who wouldn’t be curious about a dancing devil in a seedy nightclub? Authors can sometimes be vague early on in their story in order to preserve mystery. While this can be effective, it also can lose the reader by not immediately sparking interest. By clearly defining their premise, and providing enough information to entice the listener, urban legends expertly tickle our sense of curiosity.

Tell the story as if you’re telling it to a friend. Perhaps the most obvious lesson to be gleaned from urban legends may also be its most powerful. The pervasiveness of these stories is due in no small part to how they’re transmitted: friend to friend, parent to child, old to young. The plainspoken ease with which these stories pass through time and space is something that writers should keep in mind. It is easy to get bogged down in inessential prose and unnecessary description. As these legends teach us, the best stories often feel like they’re being whispered to us in secret, and that danger might lie in the words themselves. Maintaining the illusion that the reader is simply listening to a tale from an old friend makes for a truly powerful experience.

While these stories are well-known throughout San Antonio, their core aspects are universal. Would it surprise you to know that the Rio Grande Valley has a version of the dancing devil legend? In their telling, the incident happened at Boccaccio’s night club in 1979. In fact, some believe that this particular folktale goes all the way back to medieval Europe. San Antonians would also probably be surprised to know that theirs is not the only city with a Ghost Tracks legend. Munger Road in Bartlett, Illinois is also purported to be haunted by dead children killed on railroad tracks, who also push stalled vehicles over the rails to safety. The lessons these tales impart, and the truths about us that they illuminate, are truly universal.

And what about that witch my cousin told me about? The witch who lives under the bridge. Well, let’s just say that I plan to go looking for her tonight. And if you never hear from me again, you’ll have a story of your own to tell. 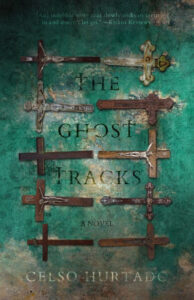 Celso Hurtado was born and raised in San Antonio, TX. He has been a punk guitarist, worked in the political arena, and has played entirely too many hours of The Legend of Zelda. In his writing, he strives to surprise his readers, and make them think twice before investigating that creak in the hallway. The Ghost Tracks is his first novel.

When Time Is the Enemy: The Ticking-Clock Thriller 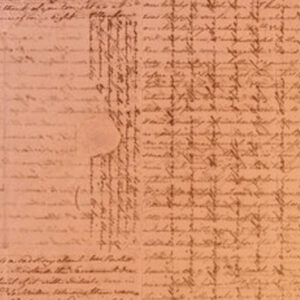 I come by my affection for Jane Austen honestly. My mother, Ruth Chessman, an author in her own right, was a devoted fan who wanted...
© LitHub
Back to top