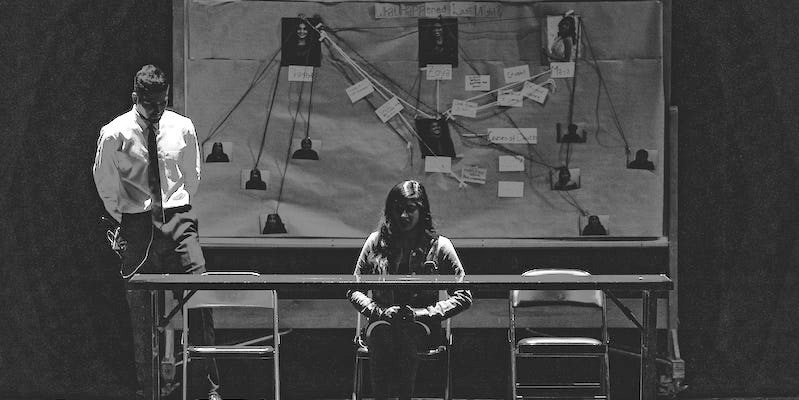 In the Netflix’s documentary, Making a Murderer, 16-year old Brendan Dassey is interrogated by two detectives who believe he might be implicated in a murder. The detectives stressed that they knew what happened and had physical evidence to prove it, all of which was untrue. They aggressively commanded that he tell the truth while simultaneously befriending him, saying things like, “We’re here to help…” They offered a rationale for the alleged killing, telling Brendan that it wasn’t his fault, and directed the blame onto his uncle, the man they did the killing.. After hours of interrogation, Brendan, with an IQ of 70 and his perception of events muddled by the persuasiveness and authoritative power of the detectives, confessed. He even provided particulars of the crime scene in his statement, details that had been subtlety conveyed to him by the detectives during the hours of interrogation, now incorporated into his confession.

After his confession, Brendan unwittingly reveals his profound naiveté and gullibility. He asked the detectives if he could now go back to school.

Why would anyone admit to a crime—especially such a serious one like murder—if innocent? It betrays our basic instinct for self-preservation, not to mention basic common sense, even for an individual with limited intelligence.

The reasons are varied and complex, involving the tactics of police interrogation and the characteristics of the false confessor. Although counterintuitive, many of us are susceptible. And those with cognitively limitations are particularly vulnerable.

Take Miguel, for example, an 18-year-old man I evaluated after he was arrested for burglary. The police had a security video of the break-in and were able to identify a couple of the intruders. Miguel was not seen on the video tape. He was a childhood friend of Peter who was on the video. Miguel was walking with Peter when both were arrested and interviewed. The police viewed Miguel as a suspect and as having taken part in the caper.

After almost three hours of being interviewed by detectives, Miguel confessed to being a member of the crew that broke into a building on a local school campus, only to recant his statement soon after the admission. By then, it was too late: he was charged with felony burglary.

Miguel’s lawyer believed he was innocent. He asked me to evaluate Miguel and opine as to whether his client was vulnerable to confessing to a crime he didn’t commit. He described Miguel as “kinda simple” and suspected that he caved in during a long and aggressive interrogation.

On first encounter, the fragility of Miguel as a person was palpable. He was small in stature, overweight with an awkward gait. He appeared younger than his actual age. He looked worried and confused, with a befuddled gaze. He’s clearly in over his head. Early in the interview it was apparent that he was limited intellectually. He spoke slowly and was easily distracted. His vocabulary was limited, so I spoke simply in ways that I hoped he understood.

The psychological testing confirmed my observations, as did Miguel’s educational records. I administer a standard intelligence test on which Miguel obtained an IQ score of 57, which placed him at the 0.2 percentile, meaning that 99.8% of his peers scored higher than he on this test. He was in the mild mentally retarded range of intellectual ability. His verbal and nonverbal reasoning abilities were both very impaired as was his memory and ability for attention and concentration.

Given the legal question, whether his confession was induced by the police interview, I administered a test to evaluate his vulnerability to suggestibility and compliance. The Gudjansson Suggestibility Scale (GSS) is an ingenious instrument that tests for an individual’s psychological suggestibility, that is, the degree of gullibility and tendency to conform, especially to authority. Introducing it as a test of memory, I read a short story aloud and afterward asked him to freely recall the story. Following this, he had to answer 20 questions, with 15 of them being misleading ones (e.g., “Was Fran [the main character in the story] with one friend or two?” Actually, the story didn’t mention the number of friends walking with Fran.) I then gave him bogus feedback, saying he answered questions incorrectly. I told him I will read the questions again, and asked him to try harder. I then assessed his suggestibility by whether he responded to my misleading questions and whether he changed his responses following the second reading. The results indicated that Miguel was high in overall suggestibility.

I then measured Miguel’s compliance, which overlaps with suggestibility but different in a meaningful way. To be compliant does not require a private acceptance of the proposal or request, just acquistation. They are similar in that they include an avoidance of conflict or confrontation, with an eagerness to please others, especially those in authority. He completed the Gudjansson Compliance Scale, which includes twenty eight true-false questions designed to specifically evaluate compliance within an interrogation context. I had a family member complete the questionnaire with Miguel in mind. Both answered the questions similarly, rating him as highly compliant.

I watched the video of Miguel’s interview with the police. With the detectives using their standard techniques of interrogation, he was a prime candidate to be coaxed into admitting to a crime he did not commit. For instance, they lied to him, saying they had video evidence of his presence in the school building, which was factually untrue. (The police are allowed to lie during interrogations.) While one detective peppered him with questions, another implored him to “just tell us the truth,” so they could then work hard and recommend leniency to the court (a good-cop bad-cop approach).

Miguel was particularly vulnerable to these tactics. He was isolated in a room with authority figures telling him that they had factual proof of his guilt. He’s an individual accustomed to trusting people in charge. He is also used to acquiescing to their perceptions, a not unusual characteristic of individuals with developmental disabilities who are aware of their cognitive deficits. Miguel was mistrustful of his memory ability, especially when presented with incontrovertible evidence of his guilty behavior. His personal memory was vulnerable to being reshaped by the commanding assertions of respected figures who represent the law. When you add to this the extreme stress that accompanies a police interrogation, it becomes easier to envision Miguel’s acquiescence, as he discounts his inner experience and complies with the demands of a powerful authority.

Miguel was one of the lucky ones. The assistant district attorney took note of Miguel’s limitations as well as to the lack of factual evidence of his guilt. He offered a plea bargain, which Miguel and his attorney accepted. Miguel pled to misdemeanor trespassing and was given probation.

In Miguel’s case, as with Brandon, cognitive limitations were central factors that contributed to the making of false confessions. However, under conditions of extreme stress and hardship, many of us are prone to opting for quick relief and an escape from pressure and misery.

[U]nder conditions of extreme stress and hardship, many of us are prone to opting for quick relief and an escape from pressure and misery.

Years of research have demonstrated that some people of average or above intelligence comply with the demands of authority figures, especially when under duress (think of the classic Stanley Milgram obedience studies—see Readings below). In the midst of such conditions, personal memory is at risk to become altered by inquisition-like pressure and bogus feedback. This is a significant risk for the cognitively limited, but also for intellectually intact people with certain psychological characteristics such as: Individuals who have a dependent interpersonal style, who are conflict-averse, who are accustomed to accommodating to authority figures, and those who are impulsive and do not consider long term consequences. They’re all candidates to falsely confess. This transformation in personal referred to in the scientific literature as the Memory Distrust Syndrome.

Referring back to Miguel, you might still wonder why an innocent person wouldn’t opt for a trial and have the jury hear all of the evidence. If Miguel went trial, there was a high probability that he would be convicted of felony burglary. Though the evidence of a police induced confession was strong, juries find an admission of guilt extremely compelling, even in the face of alternate explanations that make a confession questionable or illogical. For instance, jurors have found defendants guilty who confessed and then recanted when DNA evidence identified a different perpetrator. This is likely the result of what psychologists call the Fundamental Attribution Error: a tendency to make personal (internal) attributions for a person’s actions while strongly underestimating the role of situational (external) factors. So, when confessions are proffered by a defendant, highly pertinent situational factors are minimized, such as: extraordinary stress, the potency and influence of detectives who are perceived as authority figures, the hours of interrogation that corrodes endurance, the effect of police deceptions and mixed messages on memory and self-certainty, and the sharing of outright misinformation. These are powerful forces on a defendant during an interrogation. However, situational factors are usually perceived by jurors as background noise, while the defendant’s behavior—his confession—is perceived as music that resonates in the foreground.

What is the take away from all this? False confessions are likely the result of a distinct context (usually an interrogation) involving particular characteristics of a defendant (high suggestibility and a compliant personality type), together with a set of interviewing techniques designed to elicit a confession from truly guilty suspects, but which also ensnares a particular set of innocent suspects. 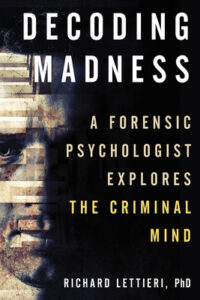 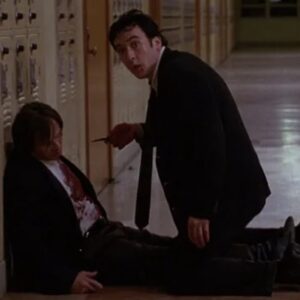 One of our favorite things, over at the CrimeReads desk, is when a character in a movie grabs a pen and uses it as a weapon...
© LitHub
Back to top