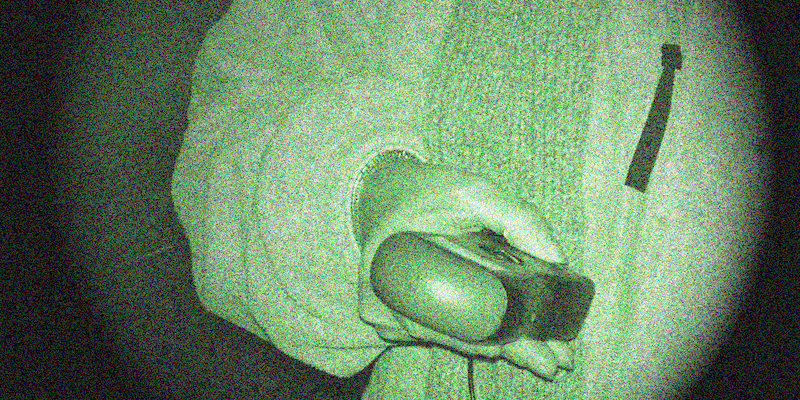 Amy K. Bruni, host of the ghost hunting show Kindred Spirits, looks back on the strange path that led to her unusual career.

The question I get asked the most is how to get a job like mine, traveling the country in search of haunted experiences, making a living doing what most consider to be a very odd, very expensive weekend hobby.

The answer is: I have no idea. 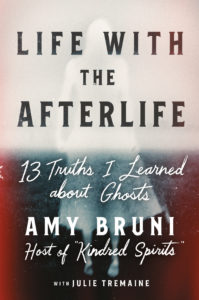 There isn’t a traditional path to finding a career in the paranormal. It started out as a hobby for me, too. I investigated for fun for years before I made anything at all from ghost hunting—in fact, investigating cases usually cost me money. When you’re doing your own investigations, it’s hard to have the resources to do them to the level you want to do them. If you’re traveling to the location, that can be costly, and there’s time off work to consider, on top of the expensive equipment a lot of people like to use. Investigating can be as simple as just using your phone’s flashlight and recorder, but it’s a lot less fun than seeing entities wave at you through a structured light sensor (SLS) camera.

I was not even thinking about making it a job back then. It was a long time before investigation of the supernatural became a sustainable life path for me. Thankfully, with Kindred Spirits, I can travel all over the country and spend days on end investigating and researching new information to utilize in those investigations. I never forget for a second that I am incredibly lucky to be able to do what I love, and to have a platform to share my ideas and my work with the world. There is no end to my gratitude about it.

But when I started out, I never dreamed this would become a job for me.

To be honest, I can’t even identify a moment when I started looking for ghosts. They were always there. I come from a family of people who all have unique gifts, one of which is unintentionally moving into homes that later turn out to be haunted. My Auntie Roxi and Auntie Lizzie, my father’s sisters, are both sensitive in certain ways. When my sister Becky was sixteen, she got encephalitis and ended up in a coma. I’ll never forget my aunts coming into the hospital room to perform rituals over her. They chanted and meditated, then smudged the room with sage smoke even though smudging is definitely not allowed in hospitals. I was very much raised with that kind of belief in magic, and the power of energy and intention.

Imagine having that stuff happening around you as a kid. You’re never going to be normal.

My dad has his own gifts, which he keeps very private. To this day, I still don’t know the details of what he does pertaining to the supernatural. He’s never discussed it with his sisters, or even my mother when they were married. I’ve just gotten bits and pieces of it. I think people call him to clear their houses of ghosts, but how or why he does it—or, honestly, whether it works—are total mysteries to me. That privacy might be because he’s a physicist by trade, and his science mind is at odds with his paranormal leanings. The only thing I know for sure about what he does is that he’s never going to discuss it.

When I was twelve, my dad once took me along on a case. At the time, I had no idea that he was doing anything like this. Our friends had this beautiful home in Petaluma, California, that they rented out, but it was plagued by troubles. Every time they leased it to a new tenant, things would go wrong. Deeply wrong. Tenants went crazy, smashing furniture and breaking down walls, completely destroying the place. They had three people in a row do that. Our friends were convinced the place was cursed or haunted. So once the last tenant had moved out, they called my dad in to see if he could lift whatever was going on there.

I remember clearly what happened. We rode there on my dad’s motorcycle, and I knew the minute we walked in the door that something in the house was off. The place had a really weird vibe. My dad went upstairs to do something, and I decided to go downstairs into the basement. Alone.

And that’s where I saw two red eyes staring at me.

I ran up the stairs, screamed for my dad, and told him what happened. I couldn’t be in that house anymore after what I had seen. My mom came to get me, but he stayed behind to finish his work. He was there all night in the house by himself, with just a sleeping bag, a lantern, and a book. As far as we know, nothing ever happened in the house after that. To this day, I still don’t understand what was going on there or what my dad did. He won’t tell anybody. And what I saw easily could have been imagined by a freaked-out twelve-year-old kid who was making something out of the darkness. I’d have to go back to the home and investigate now to really get an answer. But it stands out in my memory as one of the scariest and weirdest moments I’ve ever had.

Still, though, and I can’t emphasize this enough, there were a lot of weird moments. Mr. Green Jeans, as my aunts like to call the soldier who appeared outside the window of my house in Alameda, might have been the first ghost I saw as a kid, but he was far from the only one. We all had plenty of other supernatural experiences. One time, when I was very little, before I was in school, Auntie Roxi was babysitting me. I was trying to get her to keep playing a game she didn’t want to play. We were in her bedroom—with “the closet everyone knew was haunted,” as she describes it—and I kept pushing her to start again. Then, she said, a hanger on the knob of the closet door started to spin, slooooowly going all the way around the knob in a circle, so slowly that it couldn’t possibly have been the wind. We both stared at it. Then, being four, I screamed and ran away.

If you saw the Season 3 episode of Kindred Spirits when a ghost train tried to run me down, you already know I still sometimes do that as an adult, too.

I was very goth in my early teen years, and then punk rock in high school, but more than anything, I was that girl who was really interested in ghosts. I would go to New Age stores around San Francisco all the time. My mom and I went to psychic fairs and to see Sylvia Browne speak (before she made those public predictions that later turned out to be false). All our exploration of different supernatural ideas gave me the first pieces of information that were the seeds of the theories I’ve developed about the paranormal in my career.

As I got older and more serious about paranormal research, I kept that passion mostly to myself. I’d talk about it a little bit, but I wasn’t introducing myself to new coworkers by telling them I liked learning about dead people. Other than the times I would investigate with my dad or my aunts, I was a loner researcher who did my own thing and explored what I could around Northern California.

Excerpted from LIFE WITH THE AFTERLIFE by Amy Bruni. Copyright © 2020 by Amy Bruni. Reprinted with permission of Grand Central Publishing. All rights reserved.

Amy Bruni started working professionally as a paranormal investigator in 2007, when she began appearing on Ghost Hunters, one of the longest-running and highest-rated paranormal television shows. Now, she's the co-star and executive producer of The Travel Channel's Kindred Spirits. In addition, Amy is the owner of Strange Escapes, a company offering paranormal excursions to some of America's most notoriously haunted destinations. With Julie Tremaine, Amy is the author of Life With the Afterlife. Julie Tremaine is a food and travel writer whose work has appeared in outlets such as Forbes, Bloomberg Next, Yahoo!, Yankee Magazine, and Providence Monthly, where she was executive editor and creative director. Julie doesn't like to take sides in the Team Sam or Team Dean debate...because she's Team Castiel. Read more of her writing at Travel-Sip-Repeat.com. 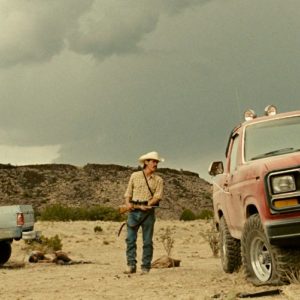 Back in 2006, television producer David Milch sat down for an interview with American Heritage. His latest show, “Deadwood,”...
© LitHub
Back to top